How Elizabeth Taylor, the Cleopatra of Hollywood, became ‘The Joan of AIDS’ 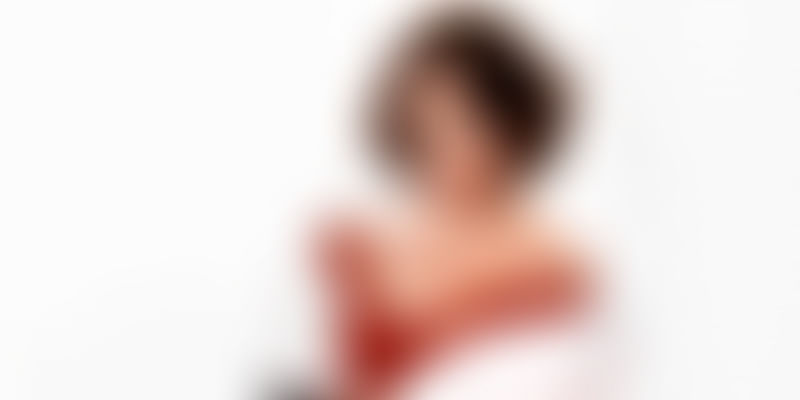 “I hope with all of my heart that in some way I have made a difference in the lives of people with AIDS. I want that to be my legacy. Better that than for the mole on my cheek.”

The little girl that helped Lassie escape in the widely-loved movie Lassie Come Home was an 11-year-old Elizabeth Taylor, who went on to become one of the most popular Hollywood actresses of the ‘50s. She became the first actress to be paid $1 million for her role in Cleopatra. She also was the first celebrity to launch her own perfume brand, a trend that was soon picked up by others to come.

The most notable achievement, however, was her becoming of one of the forerunners of HIV/AIDS activism. She brought the disease into the light at a time when people were afraid to even speak of it. Taylor was a woman who didn’t bow down to fear or public opinion. She was fiercely independent, spoke her mind, detested media sharks, and had a reputation of rebelling against authority figures.

It comes as no surprise then that she boldly spoke of a disease that was crippling humanity physically, emotionally, and socially. She defied death threats, public resistance, and the ‘advice’ given by her peers to lay off the matter, and went on to organise the first US fundraiser for the disease. She convinced President Ronald Regan to publicly mention the infamous acronym ‘AIDS’, making it the first acknowledgement of the disease by a president.

In an interview with Vanity Fair, she recalled her bold stance: “I could take the fame I’d resented and tried to get away from for so many years – but you can never get away from it – and use it to do some good. I wanted to retire, but the tabloids wouldn’t let me. So I thought” – in typical Taylor style –“If you’re going to screw me over, I’ll use you.”

When a cause beckoned

In 1985, Rock Hudson, a fellow actor and a close friend of Taylor’s, succumbed to the disease, leaving her distraught. It was during the many hospital visits that she learned of AIDS and realised the ludicrousness of the false assumptions and taboos around it. She decided something ought to be done about it, as there was just not enough dialogue on the disease.

AIDS was at that time considered the disease of the gay men, adding to the public’s uneasiness of associating with it. Around the same time that Hudson, a homosexual himself, was fighting the disease, Taylor was approached by APLA (AIDS Project Los Angeles) to help organise a benefit dinner called Commitment to Life. She was only expected to be the honorary – as she was one of the few celebrities who were neither homophobic nor ‘AIDS-phobic’ – but Taylor was intent on doing the groundwork.

So, she took on the task of making a zillion phone calls, asking people to simply attend or lend their names to the committee. “I have never had so many ‘no’s said to me,” she told Vanity Fair. No big names wanted to be associated with this event. Regardless, the event was a huge success as it obtained $1 million for APLA.

Later that same year Taylor co-founded American Foundation for AIDS Research (AmFAR), and two years later, convinced President Reagan to talk about the disease at AmFAR’s 1987 awards dinner. This was an important milestone for the country and, of course, for Taylor’s cause of starting a discussion around AIDS. As AmFAR had been successfully raising funds for research – it raised $20.6 million in just one year (1992) – Taylor founded Elizabeth Taylor AIDS Foundation (ETAF) in 1991 so she could concentrate on providing support and assistance to people living with AIDS.

Some of Taylor’s efforts in aiding the ill is claimed to have taken place ‘underground’ by procuring treatment drugs that weren’t as yet approved by the FDA, much like Ron Woodroof on whom the Oscar winning film Dallas Buyers Club is based. Taylor is said to have distributed these experimental drugs from her Bel Air home in the 1990s.

Kathy Ireland, an American actress who shared a close friendship with Taylor, told Entertainment Tonight that “a lot of the work that she did, it was illegal, but she was saving lives,” going against the pleas of her business associates. Taylor self-funded these underground operations and, according to Ireland, was completely aware that she could be prosecuted for her actions. “She’d go to jail for it. Elizabeth and fear? Not in the same sentence. Fearless.”

Taylor raised a total of $250 million for her cause during her lifetime. Before she died, she made provisions that allowed her estate to cover all of ETAF’s operating expenses so that every penny donated to her organisation could be directed towards finding a cure for HIV or to the care of the patients. Elizabeth Taylor has been hailed as a personification of courage and as an exemplar of what an individual can achieve, if only they decide to swim against the current.