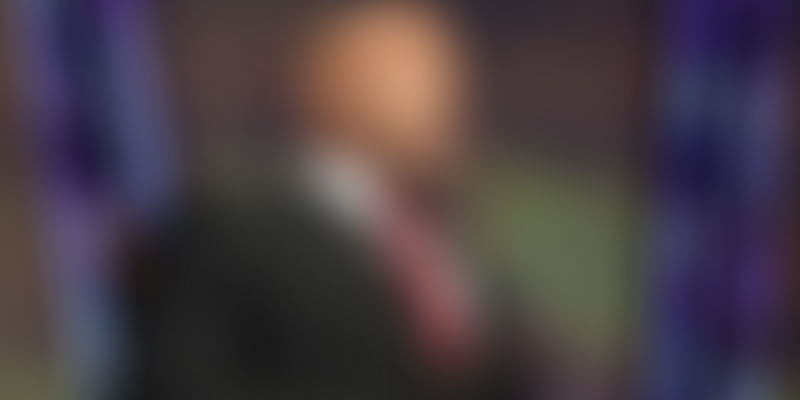 The man behind the clothing label FUBU (For Us, By Us) that took the liberty of giving itself a royal announcement when it entered the market is now a highly sought-after branding expert, consultant, and motivational speaker. This shark from ABC’s coveted Shark Tank has precisely the kind of wisdom to share that is relevant and impactful. But if one has to draw entrepreneurial lessons from a business personality like Daymond John, there isn’t a better way of doing it than by looking at how he created FUBU.

With unmistakable street-smartness and perseverance, Daymond John took his sewing skills to a six billion dollar company. In 1998, within six years of its foundation, his company had grossed $350 million in annual worldwide sales, a massive jump from its $40 million mark in 1997. His clothing label expanded from sewing wool hats and logos on t-shirts to football jerseys, baseball caps, shoes, and denim worldwide. How did an entrepreneur achieve this?

A promising entrepreneurial future is created with an eye for opportunities

In 1992, wool hats with their tops cut off and tied with a string were a fashion trend. Each of these was being sold for an exorbitant price of $20, clearly exploiting the high demand. John, still a teenager then, saw through this price, the real value of the hats, and decided to throw a pebble in that market. With the help of his friend, Carl Brown, who would become the Co-founder of FUBU, John sewed over 90 hats in his mother’s basement. They then sold each of these for $10 in front of the New York Coliseum and made $800 in a single day. And so, FUBU had its beginnings.

Soon after this, John and his mother mortgaged their house for $100,000 to use as startup capital. So, with such a heavy loan weighing over him, John had the only option of giving it his all. With two other friends on board, Alexander Martin and Keith Perrin, FUBU got its big marketing break when the team was offered an interview in a local music video channel. This generated quite a buzz in the audience and pointed them towards their big marketing weapon – music videos.

FUBU was sewing their logos on t-shirts at the time so they would spend each day at music video sets, trying to convince artists to sport the t-shirts. LL Cool J, the famous American rapper who had grown up in the same neighbourhood as John, wore it in his music video Hey Lover, but not without much persuasion. This put FUBU in the spotlight and saved John a huge chunk of capital that would have otherwise been spent on marketing. FUBU had dared the path of celebrity advertising while still a fledgling company.

Don’t do it alone

When it came to taking his company to a global scale, John credits the success to Samsung, the South Korean electronics giant, which invested in FUBU in 1995. In an interview with Tim Ferriss, John confessed that even with having the knowledge of the business and the money to finance it, such an expansion is impossible without a little guidance. “Samsung directed me, guided me, and assisted me in my global expansion.” The biggest asset that Samsung offered, of course, was its name. FUBU attracted a lot of fish in the sea the minute it boarded this international giant’s big boat, and their sales saw a significant rise.

Don’t forget to promote yourself with your product

The expansion of FUBU – For us, By us – communicated a strong connection between the makers and the brand. It showed that they and their customers were an integral part of it. John and his team, therefore, had to ensure that they remained true to this ideology. The four of them appeared – and were the face of their brand – in most of their advertisements and in the media. He believes that “every penny and ounce of hard work should be focused” on promoting yourself because “people are constantly looking at you and your legitimacy to see if the company itself is legitimate.”

Daymond John successfully moved past the biggest struggle that plagues all entrepreneurs – getting from “the point of imagination” to the “point of conception”. It is this knowledge that has allowed him to be a shark investor on Shark Tank because wise investors are made from good entrepreneurs who have walked through pitfalls to understand the business.