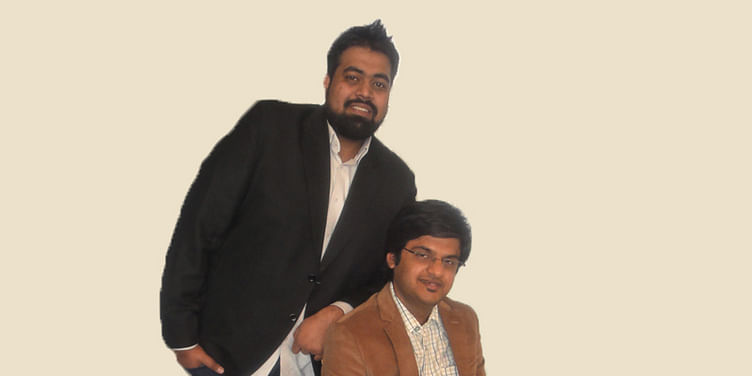 Waste management and energy generation are two issues that demonstrate significant potential for complementing each other. Suitably leveraged, the two working hand-in-hand could work wonders. A deep study on urine and its chemical composition led Akash Rajput, Udit Agarwal, and Deepak Singh into innovating a sustainable source of energy.

Through experimenting on the urea present in urine, the trio discovered a bacteria that could react when given the suitable environment and chemicals. They thus came up with a solution that could generate electricity through urine and went on to found Voltt in December, 2016.

How did they go about addressing this opportunity?

According to Deepak, "We analysed the different ways in which human urine passes from the source to end stage. We found that we could create some mobile toilet units that could be power generating. These devices could then be put up at public places or commercial complexes from which electricity can be generated, as the flow of urine is very high at such places.”

The product and its USP

Akash says, "The product USP is the input and the process through which electricity is generated. Input is urine and the process involves using fuel cells that have been created by our expert team. When a unit of toilet is installed at a particular place, it produces electricity according to the amount of urine put in, thus helping to generate free electricity."

Technology employed behind the project

The product relies on microbial fuel cells. These are a combination of cathode and anode where the bacteria present in urine helps in electro-chemical reaction. This causes ion flow, resulting in a suitable amount of voltage generation.

The team expects the revenue growth in the first year to be nearly 50 percent month-on-month. They intend to put up 12 units of urinals during this time. Revenue from one unit would be around Rs 90,000 to Rs 1 lakh per month.

What is the market size?

On being asked this question, Udit says, "If we take the tier 2 cities of India, the number of urinals present in such cities is too low if compared to demand. So here lies our opportunity to fulfill this demand with the help of our smart urinals. Even if we install 20 urinals in one city, it becomes 400 if we just take 20 cities in India."

They have developed units in such a way that a big LED screen can be put up on every urinal,enabling the running of ads. These ads will help them earn money and will be powered by the electricity generated through urine. The companies that buy the ad space on their urinals will gain both an advertising opportunity as well as environment conservation credits.

Udit Agarwal brings in the management skills of an MBA. He also boasts of entrepreneurial skills and learnings from his previous startup, a tutor aggregator platform.

Deepak Singh is a PhD holder from IIT Kanpur. The venture benefits from his knowledge in developing innovative products.

Akash Rajput has experience in running a foodtech startup called Secondzz.com. They expanded it into three cities - Manipal, Vellore and Lucknow - in less than a year and raised seed funding s well.