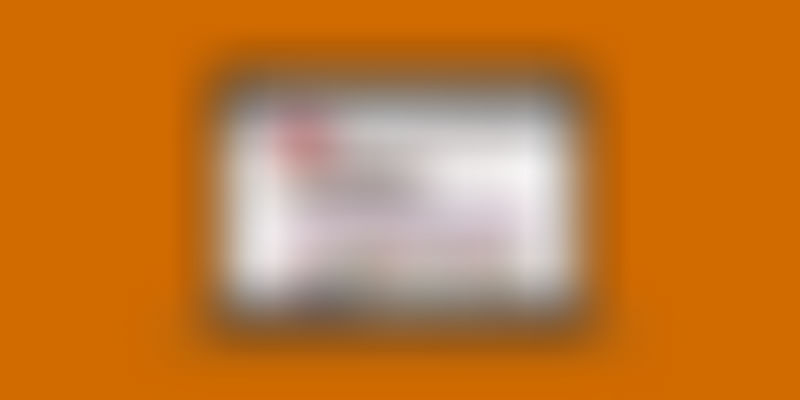 Those short breaks we find ourselves taking at work rarely ever amount to anything useful. They are mostly spend mindlessly browsing through Facebook or Instagram, and at the end they leave you feeling like you didn't take a break at all. But that doesn't have to be the case. The internet has a lot to offer, even if you don't have much time to spend on it; you just need to know where to look. If you identify with this problem of not knowing what to do during your breaks at work, here are 40 sites that are worth visiting even for a few minutes.

A self-described world of ideas, Aeon features brilliantly written long-form essays on topics ranging from philosophy, science, and psychology to health, culture, and society. The site also has short ideas (around 1000 words) and informative videos if you're not one to read 3000-5000 word articles.

Nautilus is a monthly magazine that approaches science in a completely unique manner. They select a single topic each month and then publish articles based on the topic from several perspectives. Philosophy, technology, and fiction find interesting intersections in their range of essays, investigative reports, graphics, and videos which are published on a weekly basis.

This collection of websites curates the latest news across sectors like politics, health, education, science, energy, and many more from the world's foremost publishers and media houses. Appearing as a news ticker with the headline and the source next to it, readers can quickly scroll through the day's news and read more about the topics they find most interesting.

There are few writers/bloggers who can connect with their audience like Mark Manson does. And he's certainly among a select few who can write self-help articles which are enjoyable to read. He uses his humorous and direct writing style to divulge some profound knowledge that everyone can benefit from.

This website aims to help internet users find real knowledge in a sea of information, through videos, articles, and podcasts. The BigThink's editors source ideas for their content from some of the world's most prominent thinkers and industry thinkers.

Run by startup incubator Y Combinator, this entrepreneurship website curates user-submitted links about myriad topics. It is one of the best places to keep up with the rapidly-changing world of science, technology, and business.

No matter what you're interested in, you'll find it on StackExchange. A question and answer site with around 150 diverse communities, you can seek expert advice on several topics — from broad ones like history and economics to specific ones like signal processing and Raspberry Pi.

Acclaimed writer Maria Popova single-handedly manages this wonderful website on which she writes about art, science, psychology, design, philosophy, history, politics, anthropology, and more. In her articles, she explores the works of some of history's greatest personalities and informs her readers of the interesting lessons and messages to be learned from them.

What initially started as a conference focusing on technology, education, and design (hence the acronym TED) is now world-famous for its ‘talks’ that range across an exhaustive range of topics. From life-advice to global issues and everything in between, TED has something for everyone.

Reading fiction is one of the best ways to disconnect from reality when it gets too overwhelming. But we can't really pick up a novel when we're taking a break at work – a problem which this website solves brilliantly. Featuring a wide collection of short stories by authors from the world over, this site is the perfect place to lose yourself for a while on the internet.

A question-and-answer site that relies on its vast user base to ask queries and provide answers, Quora is good place to find out something new or get your problems solved when you have some free time.

Essentially a social media site for storytellers and readers, Medium features user-generated content across virtually every sphere imaginable. News, opinions, fiction, poetry, advice, and a lot more can be found on this wonderfully designed, ad-free site.

The website features articles about culture, technology, lifestyle, travel, and food. From detailed reviews, to insightful opinions, to remarkable ideas, the magazine site has interesting content for everyone.

A Tumblr page that mentions interesting, and obscure, facts with quirky doodles, Fill The Silence is the best way to get bite-sized bits of information in the least amount of time.

Zen Pencils is an online showcase cartoonist Gavin Aung Than's work. He creates wonderfully-detailed and inspiring comic strips with each one centred around a famous quote or saying by an equally famous personality.

Matthew Inman, the cartoonist behind The Oatmeal comic series, has a unique ability to inject humour in the most unlikely places – just take a look at his take on happiness. And his work, which also includes equally entertaining blogs, ranges across an unbelievable number of topics. From printers and mobile websites to cats and Nikola Tesla, The Oatmeal puts an entertaining spin on anything that may interest you.

Home to the hilarious dark-comedy Cyanide and Happiness comic strip, this site is the best place to go if you want a quick laugh. They've also started an animated cartoon series that's equally entertaining.

Clif Dickens is taking on the world's most famous brands by altering their taglines to reveal the funny truths behind their products. Featuring gems like ‘Lay's — Flavoured Air’ and ‘Levi's — Wearable Napkins’, Honest Slogans is the ideal site for a quick and effortless break from work.

Type Drummer lets you create continuous, flowing drumbeats by typing random characters into a text box. Each letter on your keyboard corresponds to a unique drum sound and you can vary the tempo using the number keys.

This site makes you feel like a musical virtuoso with the push of a couple of keys. Musical pieces by the likes of Mozart, Beethoven, and Rachmaninoff are pre-loaded and you can play them by pressing random keys on your keyboard (you can vary the tempo of the songs).

If you're tired of spending your breaks playing games on your phone, try playing games on Smashing Arcade instead. With a vast collection of nostalgia-inducing arcade games like Mario, Kong, Space Invaders, Pac-man, and more, breaks spent on this site have a tendency to extend beyond their time limit.

With 81 levels of increasing difficulty, this site challenges users to solve interesting, and complicated, riddles. The solutions to the problems presented on each level are rarely straightforward and require some crafty thinking if they are to be recognised.

This site is a community-driven source for online interactive fiction. One can play text-based choose-your-own-adventure games — stories that lay down a scenario and then ask the readers to take pre-offered actions by clicking a clink.

Ambient noise can boost your productivity or make you feel more relaxed. Noisli is a site that leverages this by allowing users to choose from multiple sound options like white noise, a flowing river, rainfall, and more to create the perfect virtual environment.

The scientific world has recently begun raving about the psychological health benefits of meditation and mindfulness — two things which are not very easy to practice. The Calm website, which includes a blog, interactive tools to regulate breathing, and several programs to aid mindfulness and meditation, is the best place to de-stress during a chaotic work day.

A show and tell website for designers to strut their creations, Dribbble is a good place to get some design ideas and inspiration. Its users regularly upload product designs, logo designs, app UIs, and general illustrations that, even if you're not a designer yourself, are brilliant to look at.

Reddit is a bottomless pit of online content and it’s very easy to get lost in it. But there are a few subreddits (sections or pages of the site) that are extremely useful. Ones like GetMotivated, LifeProTips, TodayILearned, and ExplainLikeImFive are great places to get inspiration and information

If you can't decide on how you want to spend your break, then StumbleUpon is the site you should head to. This discovery search engine finds and recommends web content tailored for users' interests in an easy-to-use interface.

An acronym for ‘If This Then That’, this free web-service allows users to create chains of simple conditional actions called applets. You can link virtually every service connected to the internet — Wikipedia, Twitter, Pocket, Instagram, Google, and more — to drive condition-based actions across your devices.

Named after a coal miner born in the final years of the 19th century, Shorpy is a is a vintage photography blog featuring thousands of high-definition images from the 1850s to 1950s. The pictures on the site are accompanied by interesting anecdotes that shed light on the way of life during this era.

Free Rice is a quiz site on a mission to end world hunger. For every right answer a user gives, the site donates 10 grains of rice to the underprivileged through the World Food Programme. Through the quizes, you can improve your knowledge on topics like languages, geography, science, maths, and humanities and do your bit for helping the world at the same time.

Workflowy is the best note-taking and organisational program available on the internet today. Described by its creators as a ‘notebook for lists’, use the site to plan your work in your off-time so that your productivity is bolstered later on.

An interactive, generative art creator, WeaveSilk lets users create mesmerising patterns with a simple click-and-drag of the mouse. It's the perfect site to spend some time on if you want to switch off for a while.

A ‘global typing competition’, TypeRacer helps users improve their typing speed by pitting them against each other. You compete with other anonymous users in a race to see who can type a given paragraph in the least amount of time.

Nuclear weapons may be among the world's gravest concerns but their devastation is still quite hard to imagine. NukeMap is a site that lets you select a location on Google Maps and observe the devastation it will suffer if a nuclear weapon denotes there — you can choose from a plethora of existing nukes or enter your own yield.

Created by the Discovery Channel, this site takes users on a 3D tour of the world's highest mountain. The site's users are taken on a guided tour from the base camp of Mount Everest to its summit in an immersive experience that makes use of sound and informational texts.

A collaboration between TIME magazine and Google, Timelapse curates three decades of satellite photography to show the extent of change the Earth has undergone. See urban explosion change the face of individual cities, or the impact of climate change on the planet's glaciers, or the impact of human activities on the Amazon rainforest on this site.

This website is an interactive visualisation of Earth's stellar neighbourhood. Users can zoon out of the solar system and view the immensity of the Milky Way Galaxy, which itself happens to be one among hundreds of billions of other galaxies in the known universe.

Chesscademy is a website where amateurs can go to learn chess, and where experienced players can go to better their skills. Through video tutorials, interactive exercises and puzzles, and playable games, the site makes learning the game as engaging as possible.

Whether its information, entertainment, or plain escape that you're seeking during your work breaks, you will undoubtedly find them in the collection of sites listed above. Fair warning though, some of them are quite addictive and you may end up spending more time on them than you initially planned.