[The Turning Point] Hungry for more, these founders decided to pivot with B2B foodtech startup HungerBox 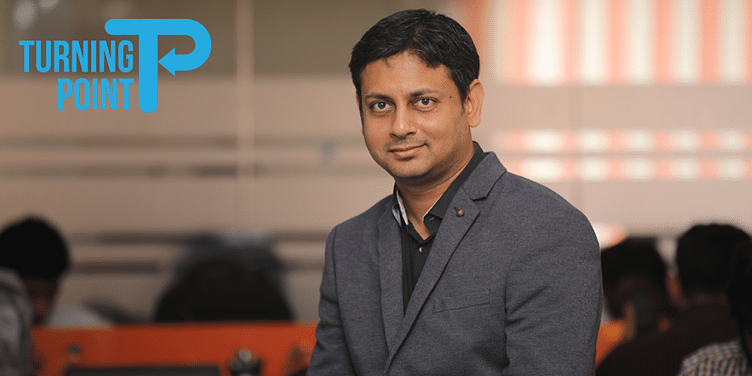 The Turning Point is a series of short articles that focuses on the moment when an entrepreneur hit upon their winning idea. Today, we look at Bengaluru-based B2B foodtech startup- HungerBox, which now has over 500 clients.

﻿Hungerbox﻿ Co-founder and CEO Sandipan Mitra has spent more than a decade in the B2B foodtech space. In 2006, he had started HungryBangalore, an online food ordering company, which then became JustEats India.

After JustEats India’s operations were bought over by ﻿Foodpanda India﻿ in 2015, Sandipan and Co-founder Uttam Kumar wondered what was next for the foodtech space.

“B2C had then become a crowded space with many players offering similar service. We realised that B2B foodtech was different from the B2C segment. We wanted our offering to be completely customisable and scalable,” Sandipan says.

The idea of HungerBox was born when the duo received their first request from a company to digitise their cafeteria. Sandipan and Uttam soon started preparing presentations and live demos to pitch to other companies in Bengaluru.

“The first few months were difficult. Detractors pointed out that the nexus between the junior administration staff and food vendor could kill the business. There was a backlash from vendors as this would bring in transparency and processes. We approach CXOs and explained that F&B was the second-most important service provided by employers, after transport,” Sandipan says.

In September 2016, HungerBox claimed to have launched India’s first 100 percent digitalised cafeteria with FirstSource, a provider of business process outsourcing services. Soon, HungerBox got two more clients - in the first year - with 6,000 orders per day.

The startup has an asset-light model, focusing on unit economics from day one right down to the cafeteria level.

From cloud kitchens to dark kitchens, innovation is shaping the foodtech sector.

“There is large-scale consumption of food in cafeterias of schools, offices, etc. The institutional foodtech space was untouched, and we knew it needed to be redone with the help of technology,” Sandipan says.

In 2017, the team managed to get 30 more clients. However, people, including stakeholders, wondered whether the model would work outside Bengaluru.

The next two years went into proving them wrong and scaling to other localities and cities. Today, HungerBox is present in 24 cities, with two-thirds of its orders coming from outside Bengaluru.

In about 22 months of its existence, HungerBox has bagged over 500 clients, including 69 corporate clients, such as Qualcomm, Microsoft, Accenture, CapGemini, Genpact, ABB, Amazon, and McKinsey.

“2019 was the year of sectorial diversification for us. We understood that there were opportunities in non-corporate organisations as well. Today, we have three educational universities in our clientele,” Sandipan says.

With a team of 1,500 employees, HungerBox claims to process about six lakh daily transactions currently. The company charges commissions from vendors - about 10 per cent on the overall food sales - and claims to be operationally profitable.

The foodtech startup has multiple goals to achieve in the coming years. It wants to increase the daily transactions to 15 lakh, expand to 10 more cities in India, and go overseas. “We will start services in three countries in Southeast Asia, and have identified them,” Sandipan says.

HungerBox is also eyeing other sectors such as food courts, multiplexes etc. It also aims to go in for vendor curation, especially for the three countries where it will launch operations in the coming year.

According to Sandipan, the team plans to deepen the company’s partnership with food partners and other stakeholders.

“If we go deeper, we will get more meaningful opportunities,” Sandipan says.