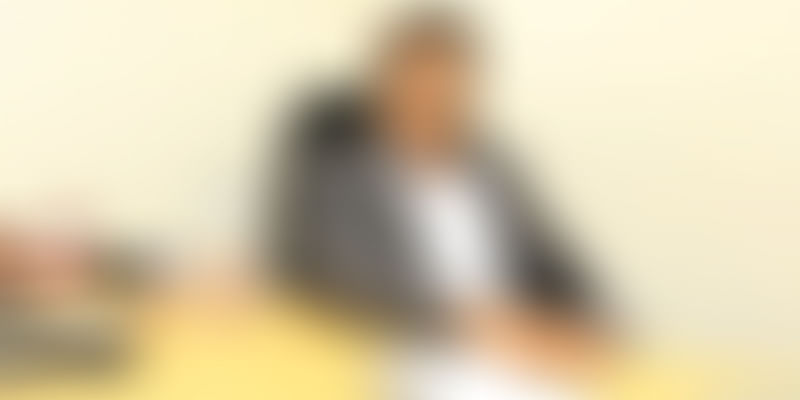 Though we have stopped admiring Indian craftsmanship, all is not yet lost. Now, a clutch of Indian startups has started taking initiatives to revive, recognise and popularise this heritage. Delhi-based Handikart is one such startup.

India has had a rich tradition of art and craftsmanship, which went all the way back to the Indus Valley Civilisation some 5,000 years ago. The craftsmen of the Indus Valley were already using materials like carnelian, agate, turquoise and faience, and transforming and decorating them with carvings, bands, dots, and patterns. Pottery unearthed from the same era exhibit miniature art work and carvings.

All these artifacts are a testimony to the artisans' genius and craftsmanship that was passed from one generation to another. Sadly, we have stopped taking pride in Indian craftsmanship, for which we were known all over the world.

Now, a clutch of Indian startups has started taking initiatives to revive, recognise and popularise this heritage. Delhi-based Handikart is one such startup.

During a trip to Jaipur, Priyank Varshney came across captivating ethnic handmade art of the region. Each piece of artwork he saw reflected the lives and stories of these craftsmen.

He, however, found the products expensive. But after talking to artisans, he realised the peculiarity of their art form. He learnt that each piece of Gorara stone they made took 15–20 days to complete. He also learnt about the challenges they faced.

When Priyank researched the market, he found that there were very few organisations which bridged the gap between art makers and art lovers. Moreover, art makers also did not have sufficient resources to showcase their art all over the globe.

All these concerns made Priyank launch Handicart last August as a platform to showcase the unique craftsmanship of these skilled artisans and take it directly to end consumers. Priyank, Founder and CEO of Handikart, says,

“We are bridging a gap between art makers and art lovers by removing intermediaries and directly delivering products to the final consumer.”

A charted accountant by profession, Priyank is partner at PSV & Company and also a director at Eminent India Pvt. Ltd. He says that over a period of six months, he has developed a strong network across India where he contacts genuine artisans and procures material from them by directly paying them. “Hence, as direct sellers, we are not just giving them a platform but also uplifting them.”

He admits that he was not from this background and this made his journey more challenging. Initially, he travelled to remote areas and found it particularly difficult to get in touch with the artisans directly. It was extremely difficult to distinguish between the intermediaries/traders and the genuine craftsman. Every time he tried to approach the artisans, he would meet the intermediary/traders who were not the real creators of that unique art.

Priyank has so far invested around Rs 70 lakh from his own pocket in the venture, using a major chunk of it in procurement, which was the most challenging and time-consuming part of the task.

After eight months , the platform claims to have achieved sales of Rs 15 lakh. Says Priyank,

“We are focused on gradually consolidating our consumer base by continuously introducing a new range of handmade artifacts. We began selling in Delhi-NCR with 1,000 products across 27 categories and have now gone global selling products in Europe and the US.”

He plans is to make the distribution network more robust and develop a strong portfolio of approximately 10,000 products across 75 categories. He is also exploring possible export opportunities and plans to opt for franchise model.

In the Indian market, where almost $5 billion worth of art and craft products are exported annually, many new players are foraying into the segment.

Craftsvilla, IndianRoots, CBazaar, Utsav Fashion, and Namaste Craft, among others, are some of the older platforms in this category. In addition, many e-commerce platforms are catering to this segment. Early this year, Flipkart tied up with multiple government ministries to help artisans shift to online sales. Snapdeal has partnered with India Post to enable Varanasi artisans to sell their work on the online platform.

Experts say that the market is dominated by offline retail, but the problem with being offline is that it is comparatively less organised, highly dependent on middlemen/agents, and doesn’t always justify the diligent efforts of artisans vis-à-vis the returns. In this segment, around 20-30 percent is the online market size and 70-80 percent is the offline market size.