At just 16 and 18, these Delhi teens are using tech to make the web accessible to dyslexics and the visually impaired 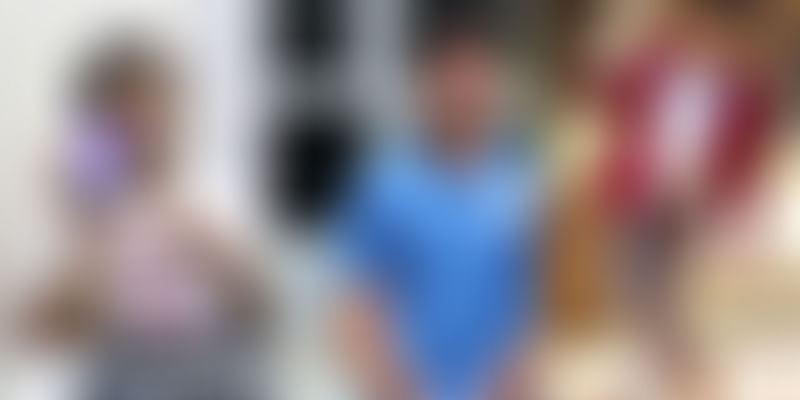 “Two months before I was born, in October 1997, W3C announced WAI, an initiative to add web functionality for people with disabilities. The founder of W3C and inventor of the Web, Tim Berners-Lee, said, ‘The power of the Web is in its universality. Access by everyone, regardless of disability, is an essential aspect.’”

The web has always been accessible. Browsers have had zoom and font customisation features from the start. Still, somewhere, Anand felt that it lacked in inclusiveness, remaining untouched by a huge section of society.

Taking the clock back to August 15, 2016, Oswald Foundation found its way into the world, born with the aim of making technology accessible to everyone, regardless of disability, literacy, age, or financial barriers. To make the web what it stood for.

So, what is Oswald Foundation and how does it help the disabled to access the web?

Oswald Foundation is an accessibility technology company. Established in 2016 by then 18-year-old Anand and 15-year-old Nishant Gadihoke, it helps build products for individuals suffering from disabilities. The duo was soon joined by Mahendra Raghuwanshi as the third co-founder of the company and senior most member of the team.

Before taking the plunge, Anand was a consultant for startups and had worked with the Government of Delhi. Mahendra is an engineer, and had gained significant experience in radio technology and telecommunications, while Nishant has interned with companies like Google, Khan Academy, and the Wikimedia Foundation.

Oswald Foundation’s work is based on independent research done by the British Dyslexia Association and the World Wide Web Consortium. It helps customise a webpage's typography and style based on your reading preferences.

The foundation has been named in honour of Oswald Berkhan, the German physician who first identified dyslexia in 1881.

“I just read an article about you guys and installed the extension. I love it!!!! I work with students with disabilities and myself often use visual modifications. Your extension is one of the best out there. All the best and THANK YOU!!!!!”

How badly do we need it?

In India alone, the potential for impact is huge, with close to half a billion people - 325 million illiterates, 100 million senior citizens, and 45 million of the visually impaired - being in a position to benefit from Oswald Foundation’s efforts.

Is the Government of India backing this initiative?

The work done at Oswald is in sync with the Government of India’s latest initiatives, like the Accessible India Campaign, Digital India, and Make in India. Two of the company’s mentors, Siddharth Shetty and Nikhil Kumar, work at India Stack, being part of the team behind Aadhaar, UPI, and eKYC. Oswald is helping them install these in the heart of their smartphone technology.

Oswald is launching two new products, one of which is “Agastya”, an end-to-end accessibility tool. Web developers can add Agastya to their websites by adding one line of code. Their entire website will then become accessible to people with dyslexia and visual impairment. Users can personalise their experience on the web, and change font size and colour based on their comfort.

It has features for the blind, employing technologies like advanced deep learning image recognition and speech synthesis. It not only reads out the content of a web page, but also understands what is in pictures on the page. It can, for instance, read out, “This is a photo of Lionel Messi playing football.”

Oswald is also introducing “Shravan”, what it claims to be the world’s first accessible smartphone operating system. Shravan is an Android-based OS that uses a patent-pending combination of vibrations, speech, and touch to allow illiterate, blind, dyslexic, and elderly, or otherwise disabled Indians, to use a smartphone. It has Digital India features like Aadhaar and UPI built-in, and works in over 25 native Indian languages.

To make Shravan multidimensional, they have tied up with PayTM for cashless transactions. They are also in talks with Times Internet to incorporate the inshorts app for the news section. They have tied up with Airtel for Wync music app and Khosla Labs for Aadhar integration. These apps will come with Shravan (in all 25 regional languages) with biometric security features enabled.

Now, can you imagine a blind person paying his/her phone bills by talking to Shravan? Ain't that progress?

Oswald was Incubated at the Berlin-London-based EyeFocus Accelerator and was also a part of IBM’s global entrepreneur program. The venture is also supported by Cross Border Angels & Investors.

Is it a spoilt child? No, Oswald is the boy who made living easier for those with different abilities. Here are some of its honours and achievements-

Brings onboard knowledge on the innovation and healthcare side of things.

Both of their products, Shravan and Agastya, are software-based, so it will generate 100 percent revenue on licensing with OEMs and resellers. Agastya has 10 customers that have over 200,000 monthly Agastya pages, including the United Nations, Cyankart, Inclov, but they are currently beta testing the product, so the company is entirely in pre-revenue stage. Agastya will be revenue-positive by the end of this year. In Shravan, it will partner with hardware manufacturers (OEMs) and will be paid a commission on every device that has its software pre-installed and will have significant revenues by 2018