What the Marathas teach us about water conservation methods 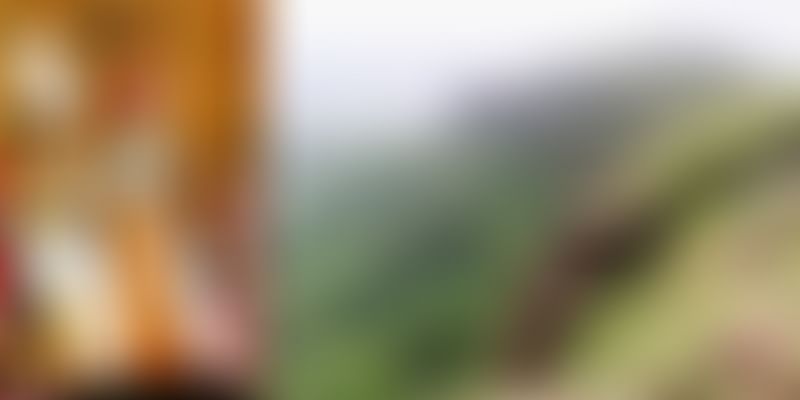 The hill forts of Maharashtra provide valuable lessons in water harvesting and conservation.

In the olden days, people knew the importance of water and had devised a number of techniques to manage and conserve water resources. These efforts not only met the drinking water needs of the people, but also helped the survival of livestock and agriculture in areas where perennial rivers were absent and the population depended on rains and often faced water scarcity or droughts.

The annual droughts in Maharashtra have put immense pressure on the available water resources. Add to it, the inability of the government to provide adequate and potable water to people in both rural and urban areas, the need to explore other decentralised and localised means of harnessing and conserving water only got more crucial. Rainwater harvesting is one such method.

Water scarcity is not new in India, though it has reached an alarming state now. A peek into our rich history will give us many lessons on how our ancestors dealt with the changing weather patterns and the water demands by designing water harvesting structures based on the unique topography of the region.

Lessons from the forts

A classic example of the ancient ingenuity in designing water harvesting structures to meet the needs of people living in hilly and mountainous areas is the techniques used in ancient hill forts of Maharashtra. Many were constructed during the reign of the Maratha warrior of the 16th century, Chatrapati Shivaji Maharaj. The forts were designed to provide a strategic advantage against the enemy, the Mughals.

Every hill fort functioned as an independent town where everything – from groceries to armour – was available in sufficient amount to sustain in times of an attack by the enemy. Similarly, water, too, needed to be stored efficiently, considering the impracticality of carrying water to the fort on the hills for the daily needs of the people. A number of structures, such as underground water tanks, reservoirs, cisterns, and artificial lakes, were constructed on these forts.

The hill fort of Sinhagad in Pune has many water tanks built within its structure. “These are actually rock-cut cisterns called take or tanks that accumulate and store rainwater. These tanks were created when the rocks needed for the construction of the forts were extracted from the ground. A total of 48 such takes can be seen in the fort. At some locations, there are dressed stone walls around these tanks to increase the height and the storing capacity of the tanks,” says Joshi. These tanks stored water for four to six months, following the rainy season.

Different types of water cisterns are found on forts; some are open to the sky, some are built-in caves in the rocks, while some others are dug under the ground and on the slopes. In some cases, cisterns were built in groups so that the surface runoff was diverted into the cisterns and water could be recharged and stored better. A good example of this is a group of 24 rock-cut cisterns that can still be found on the Sinhagad fort, informs Joshi.

At times, after the demand for the stones to construct the fort was fulfilled, the excavated portion on the ground was blasted at greater depth to create underground cracks to generate groundwater in the form of springs in the cistern. Dev take in the Sinhagad fort is an example of a cistern created this way, says Joshi.

The tall fort of Rajgad, the first capital of the Maratha kingdom, considered the most unapproachable, had facilities to store large amounts of water. Two big lakes or talaavs and around 39 rock-cut cisterns can be found in the fort. The ministers who managed the kingdom knew the importance of conserving water, and the experts, who had the knowledge of the water stored in the rocks, known as panades were invited to identify the springs in the rocks. These rocks with the springs were then extracted and blasted to expose the springs. Chandra tale in the Rajgad fort has one such spring. Rock-cut cisterns served as backup storage as springs often changed course or stopped flowing due to the heavy artillery sounds on the forts.

The later capital of the kingdom, the Raigad fort, has a peculiar topography with gradual slopes, which made it suitable for constructing lakes. Around 12 lakes or talaavs and 30 rock-cut cisterns can be found in the fort now. Gangasagar talaav, which had the largest storage capacity in the fort, was constructed on a slope by extracting stones (which were used for the construction of the fort) and building a wall on the outer side to restrict and accumulate the water flowing from the hilltops into the talaav.

Water supply during the Shivaji era

The system of water supply during the Shivaji era was almost same on all forts. A certain amount of water was allotted to every person according to his post in the administration. This water would be manually carried from the tanks or lakes to the individuals by water carriers referred to as ‘panke’ who were paid according to their workload and the person who has employed him. Evidence shows that water was used with utmost care on the forts.

Pune-based environmentalist and history researcher, Sayali Palande-Datar informs that many of these structures continue to be ignored and exploited because of the lack of concerted and appropriate efforts from the government and the communities.

"The water stored in the forts is still useful for the surrounding villagers, tribals, and migrant communities. These areas also retain the flora and fauna, biodiversity, and wildlife because of their remoteness and the availability of water," she adds.

Recently, the government has announced plans to turn these forts into heritage hotels to attract tourism in Maharashtra. However, environmentalists, historians, and conservationists have opposed this by arguing that this will lead to commercial exploitation of forts, disturb the ecological balance of the areas surrounding the fort, and take the forts beyond the reach of common people.

A more sensitive form of tourism or eco-tourism could be the way forward, says Datar who feels that involving local communities, who use the water in the forts, for the development and maintenance of the forts would be a better option than turning them into ‘tourist destinations’.

Santosh Hasurkar, Founder of Durgaveer Pratisthan, an NGO that works on cleaning and maintaining the forts and to increase the awareness and participation among people in restoring the forts, agrees on local participation in maintaining the forts as the way forward. "I think the government or the NGOs alone cannot do everything. The local people and the visitors to the forts need to be educated and sensitised on the huge historical and ecological importance of these sites. That would help in conserving this valuable resource for our future generations,” he says.

A villager who makes zunkabhakar (chilli chutney and jowar roti) on Sinhagad for tourists says, “We still use water from Dev take for drinking and cooking. It is cool, pure, and good to taste. Villagers also use this water in times of scarcity.” It is time we acknowledge the contribution that these water harvesting structures make in meeting the water needs of a number of villages on hilltops that suffer from acute water scarcity in summer and preserve them.