Companies can do much to retain women and improve the gender ratio at leadership levels, says panel at Nasscom Diversity Summit 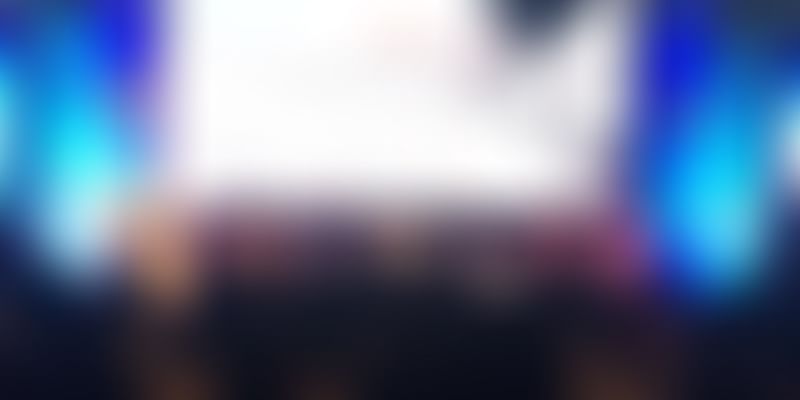 From a creche in office to a WhatsApp support group for women employees, companies can take action to retain women and improve the gender ratio at leadership levels.

Research has proved that organisations with a diverse workforce and inclusive work culture perform much better than those without. Most corporate organisations are making gender diversity and inclusion a part of their strategic priorities. Yet the question, "Why is it that we see so few women in boardrooms?" remains. At the NASSCOM Diversity and Inclusion Summit 2017 that took place in Bengaluru earlier this week, a panel made up of top management of a few corporate giants discussed how companies can make their gender diversity more sustainable and impactful.

Many organisations will find themselves without a pipeline of female talent at the top level if they don't take steps to plug the leak at the entry and mid-level, according to the panelists. If women are given convenient options of part-time or flexi-timings when they return after a break, the attrition among women can be contained to an extent. Removing the stigma attached to a long break, be it an extended maternity leave or a break due to other personal reasons, also helps in combating the falling gender ratio while scaling the hierarchy in an organisation.

Tech leadership matters as much as soft skills

While soft skills like emotional intelligence and relationship building are important, technical leadership qualities should not be neglected. Women should be groomed in tech areas and those returning after a break should be reskilled in new technologies, automatically setting them off on the leadership path.

Male leaders should be made aware of the obvious skew in gender ratio at top management levels. Once they are made aware that gender diversity is good and essential for the organisation, the effort will help identify and remove any subconscious biases they carry.

Small things do matter and micro interventions on a day-to-day basis while tackling minor issues that women employees face make a big difference in the long run. Meenakshi KS rightly pointed out that subconscious biases exist not only among men but also within women.

Vidya Lakshmi spoke about her experience of being offered a new profile on Wall Street. She said,

My son was just a few months old. The profile was demanding and a relocation at that stage seemed too difficult. But when I actually took many such demanding roles later, I was able to cope quite well. In such situations, a mentor who recognises your potential and gives you a push in the right direction will make a difference.

If women have a strong support system not just at their homes but also at their workplaces, it will give them the confidence to take up leadership roles. Noazer Dalal spoke of how little things are taken care of at Tata. He said,

We believe taking care of women staff is a normal thing to do and it is not something extraordinary or out of the way. We have zero tolerance for any inappropriate behaviour. There is a culture of informal mentoring, even WhatsApp groups for women, where women can discuss the issues they are facing and receive guidance and support from their female colleagues, thereby encouraging a sense of sisterhood.

According to a Credit Suisse report, among the 3,000 companies that were assessed on various parameters, it was noted that companies that had higher diversity ratios also fared higher on business performance. Among women who rejoin after a break and are welcomed back with consideration, there is a higher sense of loyalty. Shantha Maheswari spoke about how 95 percent of Accenture women who took a maternity break in the last couple of years have returned to work. The company also ensures that the team, especially the managers, are coached about giving the returning mother time to settle in.

At Goldman Sachs, a crèche was started in 2011 with just 25 children and today has expanded to 90 spaces across India with hundreds of children. Attrition is extremely low among mothers or fathers who have availed of the child care facility at Goldman Sachs.

Activate the mental shift to grow

The panellists also felt that women should activate the mental shift to make their career a priority and be prepared to work for it. Tokenism works only to an extent. So instead of saying that organisations should set aside 30 percent of chairs on their boards for women, what will work better is if even 10 percent of the entry- and mid-level women decide that they are going to retire only after making it to the board. Then we will surely see many more women at the top management.