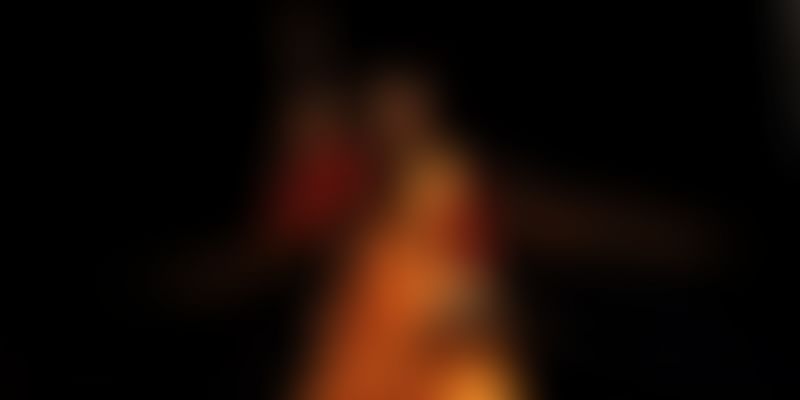 “Aami kichui jaani na, Aami kichui jaani na” (I don’t know anything, I don’t know anything), said a Baul gurujee from Kolkata with an entire world of wisdom flowing from his eyes to a small audience in Dharamshala, Himachal Pradesh. A couple of years before, I had been introduced to the tradition of the Bauls during a performance by the mesmerising Parvathy Baul at Jagori NGO.

A sadhak for more than three decades, Parvathy has had a beautiful journey of devotion, and personifies the musical Baul tradition. A mystic yogic tradition dating back to more than 15 centuries, it draws from Sufism, Buddhism, Vaishnavism and Tantra. Believed to have origins in the modern day Bengal, the Baul tradition has inspired the likes of Rabindranath Tagore, Swami Vivekanand and many more.

“Baul tradition is not only about music; it is a holistic way of living. A tradition, living in which makes one more compassionate, more just, more loving,” says Parvathy, for whom the journey began during a train journey when she came across a blind Baul. The person fascinated Parvathy, as he seemed to be so lost in the joy of singing that he appeared to belong to another world.

Parvathy’s musical journey began when she was six when she was trained in Kathak dance and Hindustani vocals, but her real connect happened a decade later when she came across the Bauls. “I was drawn into the Baul tradition. It is a yogic tradition for people on the bhakti marg and the moment I heard a Baul singing, I was teleported into some other blissful state,” says Parvathy.

As author Laurent Aubert writes, Parvathy first learnt from Bhipad Taran Das Baul and then Phulmala Dashi, a strong female Baul who asked her to join her while she did Madhukori (sacred begging) on the trains, so she could teach her some songs.

This was a very difficult step. Many Bauls usually led a very marginal life, not caring for anything but their sadhana. This is beautiful to one degree but not necessary. The word ‘Baul’ originates from three terms: betul, which means ‘mad ‘ or ‘out of rhythm’; vayu, which means ‘air’ or ‘the inner flow of energy which gives life and harmony to all sentient beings’; and âuliyâ, a term of Arabic origin, which means ‘holy man’. And the essence of the tradition (like any other yogic tradition) lies in attaining harmony with nature and all; becoming one.

For anyone on the spiritual path, a master is very important, and this search led Parvathy to Sanatan Das Baul, an octogenarian who sang poems about Radha. His ashram was in Khayerbani. Learning from him, she was initiated into the Baul tradition but as a Brahmin girl, Parvathy could not help but wonder if the path she followed was consistent with her real vocation. Along the way, she also ventured into theatre, and this when she met Ravi Gopalan Nair, her life partner, who is a specialist in theatre. Along the path, she faced many difficulties but her belief was strong.

“There are doubts. The bhakti marg is about complete devotion but still one has points when a question arises: how far have I reached? When will I reach the destination? This happened with me too but then I came across a Baul song,” she says when asked about the journey and went on to share it:

is filled with gold of nothingness

I have no space for any other

Oh Kamli, you have rowed your boat for many lives

you row your boat towards the sky

and see where this journey takes you.

You have let gone the tie of ego

you have put up the sail of expansion

now go on the path by the guidance of a True Yogi.

take your boat to the right to the left

it’s filled with waves of sorrow and happiness.

Kamli, you have known every wave

you have found the company of true Ananda in your longing for the beloved.

(Interpretation: you wanted to reach a destination, but in the path itself; in the longing itself you have found your destination; he is here, there and everywhere)

Singing and dancing her way through years, Parvathy has mesmerised many via performances across the globe, and is currently focussing her energy on setting up the gurukul at Ekathara Kalari.

As they put it, Ekathara Kalari is a space for sadhakas from the traditional knowledge streams of art, spirituality, theatre, puppetry, music and healing. It merges the concepts of the ‘Akhara’, a space for Baul practitioners from the Bengali tradition, and the ‘Kalari’, the traditional Kerala theatre practice space. At the gurukul, Parvathy Baul and other teachers take in a very small group of dedicated students. “Baul practice is a slow and long-term process that requires strict inner discipline. It is transmitted from teacher to student in a shared environment,” says Parvathy.

Baul is an immensely beautiful tradition, and Parvathy has played a pivotal role in bringing its magic to the people who’d otherwise have not been able to have a taste of it. Being in the presence of Parvathy or any other Baul guru is an experience to be savoured and a step that gives one the glimpse of the unity.