Why are culprits not scared of the police, but victims are? 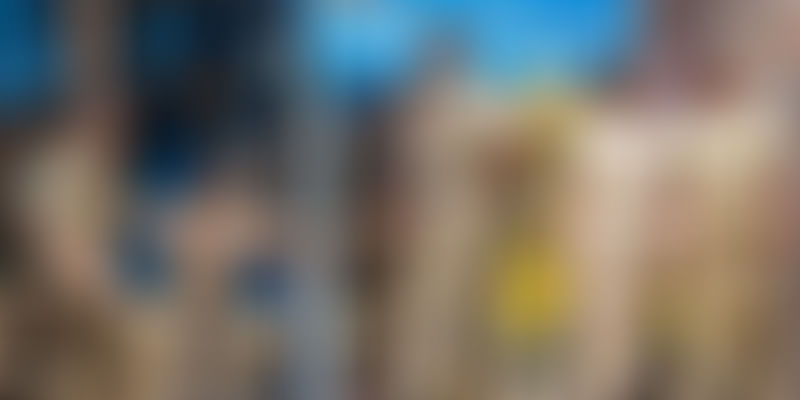 In an interaction between the public and police in Bengaluru, women activists and the public seek to make the police more accessible.

Whenever news breaks out of heinous crimes perpetrated against women and children, the police force bears the brunt of public anger. Allegations of apathy, incompetence, and corruption fly thick and fast, with the media sometimes further fanning the flames.

In a way, this is understandable, since the police are the guardians of the community, and the onus of maintaining law and order while ensuring the safety of each citizen is on the cops in any civil society. However, we do need to think with a calm frame of mind on whether our expectations of the police force are a tad unfair. In Bengaluru, for instance, a police force of just one lakh personnel is charged with watching over a population of six crores.

There was a healthy and frank interaction between the police and citizens during the Stakeholders’ Consultations on Security of Women and Children event organised by the Indian Police Foundation and Karnataka Police, with participation from NGOs, academia, activists, media, and interested members of the public.

The panel was moderated by Maja Daruwala, senior advisor with the Commonwealth Human Rights Initiative, and the panellists included Priya Ramani, Editor of Juggernaut, Shaibya Saldanha, MD of Enfold (an organisation that helps fight child sexual abuse), Anita Gurumurthy, Executive Director of IT for Change, Shalini Natraj, head of HR at IT giant Target IT, and Vasanthi Hariprakash, writer and journalist.

The image of the police

A theme that was highlighted was how, rightly or wrongly, the police is often seen as corrupt or inefficient.

The perpetrators are not scared of the police, but the victims often are!

was a statement that came up. Any woman, rural or urban, should feel safe to walk into a police station, with the confidence that their issue will be taken seriously. There was a suggestion of taking a leaf out of the Kerala Police’s book with respect to their successful Jan Maitri programme, a community policing initiative with the police and citizens collaborating to reduce crimes, especially crimes against women and children.

A woman IPS officer shared her experience of handling a POCSO (Protection of Children from Sexual Offences Act) case. While she was in the child victim’s house trying to convince the parents of the child to file an FIR (which they were reluctant to do), protests against the police erupted outside. Such experiences demoralise the police personnel.

The unfortunate state of our society

Crimes are unfortunately a part of society, and women and children are two of the most vulnerable segments in our society. Though an efficient and proactive police force can help reduce crimes, they cannot practically prevent them. Even seemingly safe spaces like offices, schools, and homes can see crimes of sexual abuse and harassment. Preventive actions like creating awareness of safety measures among women, adolescents, and children, ensuring the setting up of sexual harassment committees based on the Vishakha guidelines in organisations, and most importantly, filing an FIR and taking the police into confidence can, however, help.

There was a unanimous demand from the panellists and audience for more state-of-the-art forensics labs and better infrastructural support so that evidence can be handled carefully and criminals do not go scot-free just because of the lack of forensic evidence.

The Commissioner of Police, Praveen Sood, also spoke about the problem of political interference faced by the police force. He cited the example of the Chief Minister of a state who instructed the police to immediately bring down crime rates by 70 percent. He explained, “How can crime rates be instantaneously brought down? The only effect was that police officers were forced to stop filing FIRs. Many IPS officers were even suspended for not bringing down crime.”

So, political leadership has a big contribution toward the efficient functioning of the police.

Crimes by strangers versus acquaintances

There was also a discussion on the difference between crimes perpetrated by strangers and those committed by relatives or acquaintances of the victim. Sexual harassment and assault by strangers in public spaces can be reduced by increasing beat policing and having a better emergency response system. But police cannot do much to act against perpetrators who indulge in a crime within the four walls of a home or even a school unless they are informed of the same.

Vasanthi Hariprakash recounted the case of a girl who was working in the house of a couple as their domestic help. The young girl was beaten up, abused, and almost starved for months. Though the couple stayed in an upscale apartment complex, it took a long time before one of the neighbours called the police and informed them of the abuse. The girl was rescued and has been rehabilitated today. So, sometimes, it just takes one concerned citizen to help a victim, especially in cases of domestic violence or the physical and sexual abuse of children.

The she-teams of Hyderabad were cited as a good example of innovative policing. The teams are headed by a sub-inspector and have a mix of male and female personnel. The teams have been effective in curbing eve teasing without troubling victims by asking for an FIR and other paperwork. Around 100 such teams patrol Hyderabad city, and they take action against molesters and other petty criminals without bothering about jurisdiction. The need for a national sex offenders’ registry was also impressed upon the audience.

Commissioner of Police Praveen Sood’s observation is quite interesting. He said,

If statistics show that crime has gone up by 100 to 200 percent, I will feel happy, because it is not due to an increased incidence of crime, but a much higher percentage of reporting.