This organisation is changing the world for little children, one smile at a time 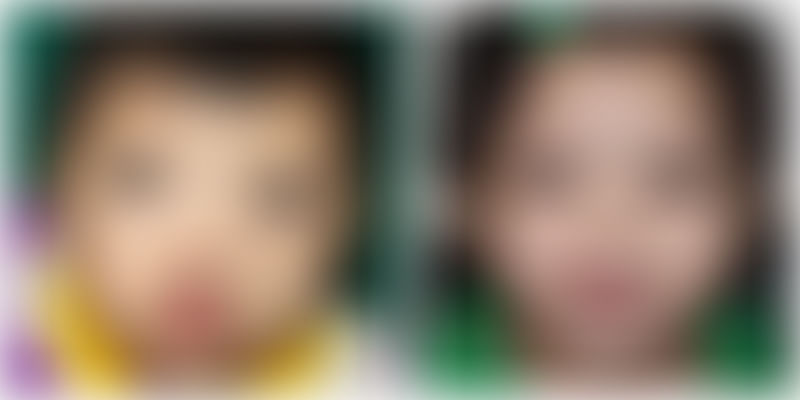 But everything changed for the better for the little girl when she was introduced to NGO Smile Train’s partner hospitals – Jaipur Golden and Sant Parmanand – in Delhi. She was operated upon by their surgeons and underwent therapy to help improve her speech. Today, Neha is not only a loving sister to her siblings, but she also has many friends who enjoy spending time with her. She loves smiling for photos. A bright student, she hopes to be a doctor one day.

Neha’s story is just one among several transformational stories that children and their families have gone through, thanks to Smile Train.

YourStory spoke to Susannah Schaefer, Executive Vice Chair and CEO of Smile Train to learn more about the deformity and the work carried out by Smile Train to give a new life to children afflicted by this defect.

A cleft is caused when the foetal tissue and bone do not fuse together in the early foetal development and leave a gap in the palate area of the mouth, lip area, or both. Though there is no medical consensus on what causes cleft, doctors suggest that complications in the first trimester of an expecting mother, or a lack of proper nutrition may lead to the formation of a cleft. Further, the genetic history of clefts in the family increases the chances of a child being born with one.

At Smile Train, we look at cleft as an economic problem because we know we have the cure and the cure is a surgery we are able to provide through our surgeons by providing funding and resources needed to take care of children with cleft. But of course, it is also a medical problem. A child born with a cleft cannot breathe, speak or eat properly, so nutrition is paramount to get a child viable to have a cleft repair surgery. There can be a lot of complications along with a cleft; the palate is open, there could be ear infections and upper respiratory illnesses.

Lacking in understanding, and hearing various myths associated with clefts, families, especially those in rural India, consider abandoning or killing a child as a way of doing away with the problem. The good news, however, is that a cleft is easily treatable and a timely surgery can change the life of a child and make it seem like he was never born with a cleft.

“My son Arman was born with a cleft and grew up as a shy kid who hesitated going out as he could not speak properly and was teased by others in the village. After two cleft repair surgeries at a Smile Train partner hospital, we witnessed a complete transformation in him. Today, he is an active, healthy boy and no one can even guess that he had a cleft! Even our relatives who taunted us earlier now compliment Arman’s personality, and we are convinced of his bright future.”

Smile Train on the right track

Globally, Smile Train has performed over one million surgeries in 17 years of its operation. In India, the organisation has carried out 4,75,000 surgeries. With the help of over 160 partner hospitals in over 110 towns and cities, including remote locations, the Smile Train team is running the largest cleft programme in India and performs close to 45,000 free cleft surgeries every year.

Smile Train is a global organisation, headquartered in New York. Fundraising is primarily done out of the US and the UK. All donations are private, coming from private citizens who were introduced to the problem and the NGO. The team is currently raising funds in India too from corporations, foundations, and through private donors.

Being a public charity, transparency is paramount to all that we do. For any donor who wants to understand where their dollar, their pound or their rupee went, and how it actually helps the cleft child, we are completely transparent. It is simple, it’s a private donation which comes to us and the funding goes directly to the children who need our help.

A simple surgery that costs as little as Rs 18,000 can change a child’s life. The Smile Train team wants to put together an efficient and effective model, build sustainability and capacity in countries, and help surgeons and hospitals within these countries to take care of children in their own communities.

The global team numbers hundred employees, of which around 50 are based in the US. In India, they are a team of eight.

Globally, they have partnered with over 1,100 hospitals, and within those over 2,200 partner surgeons perform these surgeries. The team has also got social workers, nurses, and anaesthetists on board. Susannah explains, “Since comprehensive care is paramount for children born with clefts, our care specialists involve speech therapists, orthodontists and pathologists. It’s a large network of people working together to change lives and to make sure that children are able to smile. Our tagline says ‘Changing the world, one smile at a time’ and there is an incredible network behind that.”

Krishnamurthy, Smile Train partner surgeon at Bengaluru’s Bhagwan Mahavir Jain Hospital explains the cleft surgery procedure. “It takes approximately 45 minutes to conduct a cleft repair surgery, depending upon the complexity of the defect. A child may require multiple surgeries depending upon whether it is only a cleft lip, a cleft palate or both, a cleft lip and palate. Post-surgery, children may require further treatment, including speech therapies and orthodontics,” he says.

He adds that a cleft lip surgery can be conducted on a child as young as three months if the child is medically fit. Dr Krishnamurthy says,

A child needs to be at least six months old to undergo a cleft palate surgery. Though a cleft surgery can be conducted even at a later age, and we have helped patients as old as 60 years as well, the earlier it is conducted the better it is. At a young age, the child has not developed speech yet and hence need for ancillary services reduce

Smile Train won the Global NGO Excellence Award at the World CSR Congress at Mumbai in February this year.