Will self-regulation by Bitcoin players spur RBI to authorise use of virtual currencies? 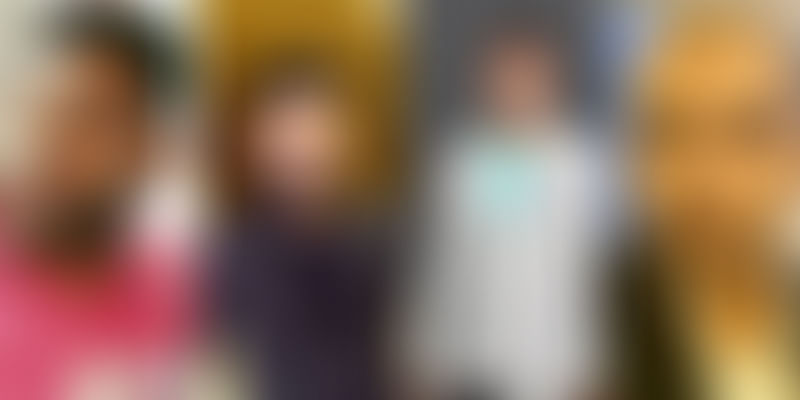 The Digital Asset and Blockchain Foundation of India aims to create awareness about the benefits and risks of cryptocurrencies, liaise with regulators and get clarity on taxation, attract investment and set up incubators to promote startups.

Four years after it first warned the users of virtual currencies (VCs), including Bitcoin, in 2013 of the potential financial, operational, legal, and security-related risks that they were exposing themselves to, the Reserve Bank of India (RBI) recently again expressed concern over the risk-prone Bitcoin players, who have no authorisation to deal with Bitcoin.

But these warnings seem to have had no effect on the Bitcoin and cryptocurrency players, who that have now gone a step further and set up the Digital Asset and Blockchain Foundation of India (DABFI) as a kind of self-regulatory body to lay down rules and regimes for the trading of Bitcoins and other blockchain-based digital assets.

The DABFI initiative is being spearheaded by Bitcoin startups such as SearchTrade, Zebpay, Unocoin, and Coinsecure, and follows from the need to ensure an orderly and transparent growth of the virtual currency market. The foundation is mandated to standardise KYC (Know Your Customer), AML (Anti-Money Laundering), and STR (Suspicious Transaction Report) norms for the member companies and create awareness about the benefits and risks of crypto-currency.

In addition, DABFI will also liaise with regulators and get clarity on taxation, attract investment and set up incubators to promote startups, build global relations and actively engage with the international community, and create a public website and regularly print reports on and around Bitcoin and the blockchain.

The foundation is currently working on creating awareness among investors and firms against such schemes and programmes that lead to problematic transactions and mistrust around cryptocurrencies. Vishal Gupta, CEO, Searchtrade and founding member of DABFI, says,

“Bitcoin and other cryptocurrencies have tremendous benefits for most marginalised people, merchants, tax departments, and regulatory authorities. It has better price discovery, is anti-inflationary, and the transactions are irreversible.”

Vishal says he appreciates RBI’s warning in the light of many multi-level marketing (MLM) and network marketing companies offering cloud mining and alt coin, and promising unreal returns to investors. These companies, according to him, are trying to ride the popularity of Bitcoin and trapping uninformed investors with their schemes.

According to Bitcoin startups, since there is no formal recognition of Bitcoin or cryptocurrency, raising capital from accredited investors becomes a major challenge for them. Besides, there is little clarity about the taxation that is applicable to various types of Bitcoin transactions.

The RBI, on its part, maintains that it has not given any licence or authorisation to any entity or company to deal with Bitcoin or any virtual currency, and as a result, any user, holder, investor, or trader dealing with virtual currencies will be doing so at their own risk.

In response to RBI's stance, Vishal says there is no real need to apply for any licence to deal in Bitcoin, since it has not been definitively identified as a currency yet. So, most businesses treat it as commodity trading, which does not require any sort of licensing.

Bitcoin players believe that self-regulation has worked for various industries that are not covered by any regulation. The Code for Self-Regulation in Advertising, for instance, adopted by the Advertising Standards Council of India (ASCI) has been widely accepted by regulators (through incorporation in the relevant rules), courts, and industry alike. DABFI has engaged an international law firm, Nishith Desai Associates, to assist it in developing norms for self-regulation.

“Self-regulation does not work outside the framework of existing laws, but rather tries to create best practices for participating members to comply with established norms. Since blockchain is a relatively new technology, one that is still evolving, self-regulation helps, since experts who are in the know of development and working in the industry can keep pace with rapid developments and study compliances with the law on a day-to-day basis,” says Vishal.

He emphasises that there are around 400,000 to 500,000 people who have bought or sold Bitcoin, and that the total market size is approximately Rs 2,000 crore a year in India. Most investors primarily use it as an investment rather than as a currency. “Think of it as digital gold rather than currency,” says Vishal. According to Mohit Kalra, CEO and Founder, Coinsecure,

"Regulating something so decentralised as Bitcoin is not an easy task. By the time authorities figure it out, all DABFI members will be working on self-regulation to ease out complications for the authorities and the community in the future.”

Referring to the RBI caution, Sandeep Goenka, Co-founder of Zebpay, says, "The cautionary note addressed to the regular public is correct in its intention. Cryptocurrencies do face technical risks. However, the cautionary note should not be used against companies who are trying to do legitimate business and self-regulating themselves.”

The Digital Asset and Blockchain Foundation of India is an association of people who are keen to propagate the use of digital assets like Bitcoin and Ethereum within India. It is engaged in educating people about the risk associated with investing and trading in cryptocurrencies. It also creates and propagates practices Bitcoin businesses must adhere to based on consultations within the industry, as well as with regulators and various other stakeholders. in addition, DABFI has organised various events, bringing in Indian and overseas experts to share their experiences in Bitcoin so as to help people gain a better understanding of the subject.

“Cryptocurrencies and blockchain are poised to have a profound impact on both Indian as well as global economic landscape. Beyond currency, blockchain development is now moving into the space of decentralised contract and record management. This has huge implications for transparent governance and land record management,” says Vishal.