From sparkling diamonds to firecrackers, our economy is thriving on child labour 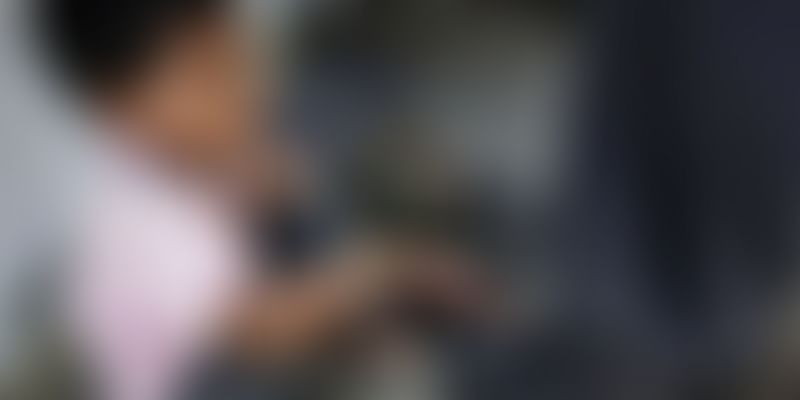 Our embroidered carpets, silk saris, diamond rings, and festivities all have one thing in common – the deep, dark stain of child labour.

Each year, preceding or following Diwali, newspapers erupt with news on firecracker factory blasts, and the stench of death they emanate; and each year, unmistakable is the number of children that die in these accidents; and again, each year, this brings our focus back to the problem of child labour, which has remained a malignant tumour despite all the attention it has drawn over the years. But child labour stains many other sectors that feed our growing economy. So, how much blood do we have on our hands?

According to the 2011 national census, there are 4.3 million children between the ages of five and 14 who are involved in labour. This number, staggering as it may be, is outdated, considering that six years have now passed. With the enactment of the Right to Education Act, 2009, a reduction has been observed, but not at a rate we can boast about. Moreover, with the growth of unorganised sectors, one cannot ignore the possibility that the number of children involved in these sectors, too, is growing. As the government’s Ministry of Statistics revealed,

Nearly 85 percent of child labourers in India are hard-to-reach, invisible, and excluded, as they work largely in the unorganised sector, both rural and urban, within the family or in household-based units.

So, where are all our children?

Diamonds are not their best friend

India, mainly Gujarat, cuts 70-85 percent of the world’s diamonds, making it a major source of export revenue. According to lawctopus, 500 million diamonds were cut in 1992 alone. Cutting diamonds requires adept and steady hands, precision, and good eyesight. It comes as no surprise, then, that this is one of the most labour-intensive sectors, and can, as a result, profit from cheap labour. And that’s where the children come in. Children as young as six years old are sometimes made to work eight to nine hours a day, working on cutting wheels and breathing in diamond dust.

Did someone say underage drinking?

An unorganised sector that is difficult to keep track of is liquor vending and transportation. To avoid excise duty, alcohol is illegally transported via children across borders. But the children that do get caught are not viewed as victims of child labour. Instead, they only appear in crime statistics. According to Crime in India statistics, there was a 40 percent increase in the cases booked against children under the Excise Act between 2011 and 2012. These are the children who spend their youth in jails and juvenile institutions when they could be receiving better care and attention.

About two-thirds of the country’s production of mulberry silk comes from Karnataka, chiefly Ramanagara district, where up to 50 tonnes of cocoons arrive every day. From hauling baskets of mulberry leaves, boiling cocoons, and extracting strands, to embroidering saris, children are employed at every stage of silk production. According to a report by the Human Rights Watch, 350,000 children are involved in these processes. To extract threads, children have to immerse their hands in scalding water, which adds to the hazard from handling machinery. Since they are always in a damp atmosphere, they also suffer from severe infections. These children are also abused by supervisors, often beaten and sometimes even chained to walls.

India’s Mines Act, 1952, prohibits anyone below the age of 18 from working in the mines, and even their presence in the dangerous fields. And yet, in the coal mines of Jharkhand, Meghalaya, and Madhya Pradesh, children starting from the age of eight are found working without basic protection like hard hats or steel-toed boots. Some are even seen barefoot, shovelling the dangerous mines and breathing suffocating coal dust. Since there are many illegal mines in operation, estimating the number of children involved becomes a near impossible task. However, Vice News reports a Kuju-based foundation’s estimates, which arrive at nearly 100,000 children in Jharkhand alone. This industry also feeds trafficking, as most children working in the Rathole mines of Meghalaya are trafficked from Nepal and Bangladesh.

The ‘carpet belt’ of India has its origins in the state of Uttar Pradesh, with thousands of looms saturating this region. The Human Rights Watch along with a few other organisations estimated that there were 300,000-400,000 children working in this industry in 1992, and a majority of them are still bonded labourers. Harvard Human Trafficking fellow Sidharth Kara explained the situation to CNN,

[They] are locked inside carpet shacks in cramped quarters, beaten regularly, given meagre allotments of food, suffer respiratory ailments from the high level of thread dust, and are force-fed stimulants to keep them working. They suffer deformed spines, malnutrition, vision ailments, and severe cuts from the sharp claw tool that is used to pull the thread down the loom.

The festival of nightmares

Sivakasi, Tamil Nadu’s industrial city and India’s firecracker capital, has more than 700 firecracker industries, each – some unlicensed – employing an average of 100 workers. The extent of child labour, which is an open secret in this industry, then becomes unimaginably large. A foreman of the Talapatti village unit was reported saying, “We prefer child labour. Children work faster, work longer hours, and are more dependable.”

And indeed, children are found diligently working with explosives. The People’s Union of Civil Liberties estimated that 44 percent of child labourers are below the age of 15, and the report goes on to say that the youngest of these – between four and seven years old – don’t have any ‘off’; they work every day, and earn Rs 2 a day. Although, as Business Line reported, there was a 35-40 percent drop in the demand for firecrackers in 2011, the reasons have mainly been cited as the rise in prices and increased environmental awareness. The children still remain in the shadows.

Children are found working everywhere, right under our noses, in shops, restaurants, construction and quarry sites, factories, kitchens, and many other industries like the textile and brick industries. The Centre has been recognising and classifying many of these sectors as hazardous, but the implementation of such laws has been the stuff of fantasy, as it falls within the jurisdiction of the states; and as long as the politically powerful sanction such industries, there is no way out for our children.

Do you want to do your part to remove a child from forced labour? The steps involved are simple.Watch the video to know more.