Is India's poor record of ease of doing business slowing down startups? 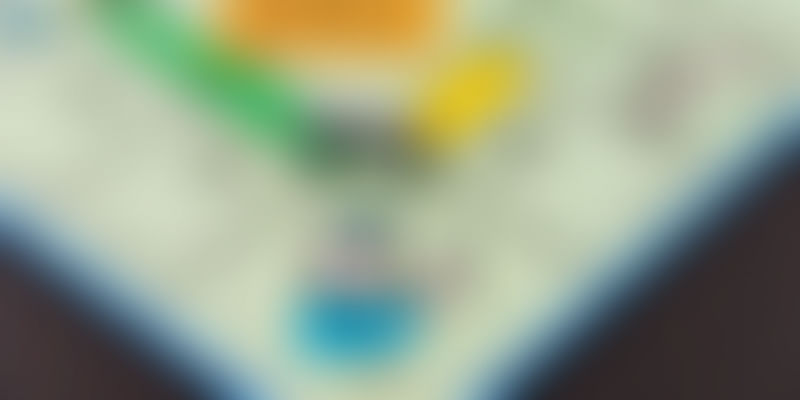 Till startups get a signal-less flyover to drive through smoothly on their entrepreneurial journey, they will have to use the common road. Whether you are a monstrous heavy vehicle, a suave SUV, or a dependable small car, the bumpy ride can be minimised by following basic traffic regulations.

For those running businesses in India, it will not come as a surprise that the country has been placed at the 130th position in the World Bank’s ‘ease of doing business’ ranking for 2017.

Take this entrepreneur, for instance. On a Sunday, he was working in his office in Delhi, and guess who called in to shut shop? Not his mother. It was the police. From his tweets, it appeared that they were allegedly extorting money from him for keeping his office open on a holiday.

Some months ago, at a startup event in Indore, another founder related his story of how the police paid them a visit and wanted to know what they were up to. It seemed tales of the startup’s new swanky office had travelled far and wide. Another startup in the same city hosted a labour inspector for six whole hours. Reason? They had defaulted on the Provident Funds (PF) returns, and had to answer many questions, including some about their anniversary party.

Let’s admit it: it is tough starting a business in India, and, as some would say, tougher to shut it down.

But what do you know? For every startup business that shuts down, two more are born. Our editorial query inbox— that continues to overflow like the mythical Sudama’s pot—is a witness to this.

In such an event, when more and more young people are taking risks to start up despite the overriding sense of gloom in the Indian startup ecosystem, it is worthwhile to explore and understand what they are up against. What are the compliance issues they need to take care of before and after starting up?

Unfortunately, it took the likes of Stayzilla to bear the cross and sound a wake-up call to all the young entrepreneurs raring to go.

Its founder’s continued incarceration over alleged fraud charges, and several other incidents of sexual harassment complaints by women entrepreneurs and employees of startups that have come to light recently, have added to the urgency of paying attention to the nitty-gritties of running a business.

“Just having a great idea and building a great product is not enough. We founders have to spend some time seeing that all our contracts and compliances are in order. We cannot just wish it away. Even if we are outsourcing these, we need to be aware,” says the Indore entrepreneur, singed after the labour inspection.

A roadmap for the future

But this is only the tip of the iceberg.

Every second startup gets an Income Tax notice for tax demands or for non-compliance, three out of seven startups find a place on the defaulter list of Registrar of Companies due to non-compliance, and two out of four startups incur unnecessary payouts, by way of interests and penalties.

This is what Alok Patnia’s Taxmantra found while working on compliance issues with more than 5,000 startups.

He was of the view that startups that fail “should ideally be treated by a separate 'exit/bankruptcy law' or civil laws, and not criminal laws, which is also in line with the goal of the government’s Startup India plan.”

India’s 130th position in the World Bank’s ‘ease of doing business’ ranking, it seems, is a marginal improvement based on four indicators — getting electricity, enforcing contracts, trading across borders, and registering property.

However, Ramesh Abhishek, Secretary, Department of Industrial Policy and Promotion (DIPP), was reported as saying that "a dozen of important reforms, like enactment of bankruptcy code, GST, introduction of single-window system for building plan approvals, and online ESIC (Employees’ State Insurance Corporation) and EPFO (Employees’ Provident Fund Organisation) registrations were not recognised by the World Bank this year."

According to media reports, he said the DIPP will appoint external agencies “to help departments carry forward reforms, hold stakeholders consultations, and monitor implementation of reforms.”

Last year, Amitabh Kant, CEO, Niti Aayog, had said that in the next three-four years, their objective was that India must come in the top 30 countries as far as ease of doing business is concerned.

The Startup India Hub, which was set up on April 1, 2016, to address queries and handhold startups, has so far answered 37,195 queries. The Startup India online hub will host an extensive database of all the stakeholders, and facilitate location-wise as well as sectoral mapping, as required. “Apart from this, the government envisions greater partnership and collaboration among its departments and ministries, states, and industry players to fruitfully channelise the momentum gathered so far,” a DIPP statement to YourStory added.

Startups should get down to business

Like the novice on the Monopoly game board, startups need to learn to plan their every move on the board of the real business world. The ostrich syndrome will not work anymore.

Rahul Matthan, Partner at Trilegal Partners, feels that startups carry a sense of entitlement, which is often detrimental to their existence. “Like other businesses, startups should be aware of the law of the land.” He believes cases like Stayzilla do not damage the Startup India policy, as claimed by some; instead it damages the ease of doing business.

In fact, this elevation in status of a startup from other regular businesses is often a bone of contention in public debates. Alok of Taxmantra says, “There are 46 million businesses in the country, and a lot of them are suffering one way or another.” He believes that “the first-generation entrepreneurs need time to graduate from founders to entrepreneurs, and it will take them some time to learn how to deal with creditors and other businesses.”

But in its Startup India policy, the government has defined what a startup is, clearly putting them in a league apart. It defines a startup as an "entity (i.e. a private limited company/ limited liability partnership or a registered partnership firm) incorporated/registered in India that has been in existence for less than five years from the date of its incorporation/registration; its turnover for any financial years has not exceeded Rs 250,000,000; and it is working towards innovation, development, deployment, or commercialisation of new products, processes, or services driven by technology or intellectual property.”

Pointing to the fact why startups are special, Avnish Bajaj of Matrix Partners, says, “Two things: taking risks and innovation set them apart.” Emphasising the need for startups to have legal protection, he casts the first stone by putting the spotlight on the billions of dollars of NPAs in the banking system. “Large businesses transfer their problems to the banks. Startups do not have access to that funding. The NPA is a problem that is hundred times larger,” he tells YourStory.

For someone who has tasted the bitter pill when he was slapped with a legal case in 2004, Avnish knows what it is to find oneself on the other side of the law. He had to spend around a week in prison when the sale of a sex tape was advertised (by a seller) on Baazee.com, the Internet company that he founded in 2002. He was held liable under the Information Technology (IT) Act, 2000, as he was the CEO of the company.

Avnish says, “In my case, it was a lack of understanding of how Internet companies work. The law was ambiguous.” The IT Act was later amended in 2008 to remove the provision on intermediary liability.

Recalling his lessons learnt from the incident, Avnish says,

“I used to think that since we are an Internet business, we are different. (But) you cannot insulate yourself. Startups need to be more vigilant.”

Anil Advani, Silicon Valley professional lawyer, who has represented hundreds of startups on their legal issues from fundraising to shutdowns, says, “A number of things have to line up to put the Indian startup founders at ease. People who are involved in the community—like founders, angels, investors and service providers—need to be better trained in dealing with conflicts relating to startup businesses. There needs to be a greater focus on learning, instead of only fundraising. Startup events that have proliferated in India in the last three-four years should dedicate a significant amount of time discussing substantive issues like best practices, contract terms, legal rights, financial management, and less on funding and pitch events.”

To increase the ease of doing business and address the exit problem, the government brought the Insolvency and Bankruptcy Code, 2016 into existence. Under this legislation, a startup can apply for insolvency in case it has defaulted payment of more than Rs 1 lakh to any of its financial or operational creditor. Upon acceptance of the petition by the adjudicating authority, the process of insolvency resolution will begin, where the available assets of the company would be distributed to clear the liabilities.

Divakar Vijayasarthy, Managing Partner DVS Advisors, however, has a word of caution for the entrepreneurs in India, who are usually the face of the startup. “The highlight of the legislation is that the process is fast-tracked, and is completed within 180 days. Though the legislation is a step in the right direction, in the Indian scenario, an application under this code would make the entrepreneur a failure. In other words, it’s the entrepreneur who is treated as failure and not the business, which is all the more a reason for startups to be more cautious in their approach, given the fact the identity of the founder many a time overshadow the business identity of the startup,” he says.

Dreams of disrupting the world with new technology sound beautiful, and business plans on spreadsheets look alluring, but the truth is that if this has to turn into a reality; the entrepreneur must ‘climb every mountain and ford every stream’ of legal issues from entity formations, taxation, funding, employment, exchange controls, foreign investments, mergers and acquisitions, and shutdowns. And, perhaps, rise again to play the game.

For first-time entrepreneurs, this comprehensive document by Nishith Desai Associates is a good starting point.