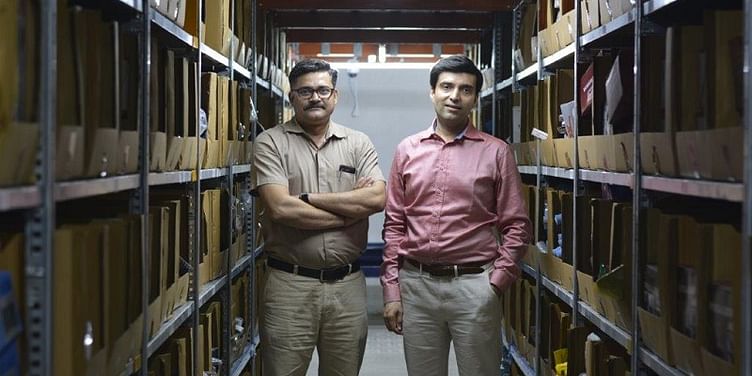 Mumbai-based third-party logistics startup Emiza on Thursday announced that it has raised $4.5 million, in a funding round led by Mayfield. The round also saw participation from existing investors Nishant Rao, COO, Freshdesk, and Dileep Nath. The funds will be primarily used to expand the business to other geographies, in hiring a robust leadership team, and to focus on technology.

This is the third round of funding for the logistics startup, which was started in early 2016 by Ajay Rao and Rajesh Sharma. Having worked in logistics for over 14 years, and seeing an e-commerce boom happening in India, Ajay realised in 2015 that in e-commerce logistics, specifically in the warehousing side, nobody could claim to be an expert in the space. On how they started up, he tells YourStory,

“I also saw that the SME logistics service was underserved. Most were focussing on automotive parts and nobody was focussing on the SME space. That’s why I felt that SMEs would get more prominence. So we decided to start to cover our warehousing business focussed on B2B and e-commerce fulfilment. When Rajesh joined in as the co-founder, we started our distribution business.”

The company, today, claims to have a network of over 23 hubs, and a captive fleet in North India catering to even Tier III and IV cities. Emiza also offers its clients an integrated warehousing platform, giving them end-to-end visibility and a single-window solution. Emiza’s clientele consists of SMEs as well as Indian and foreign MNCs across FMCG, pharma, automobile, consumer durable and publishing industries.

On what nudged them to make an investment, Vikram Godse, Managing Partner, Mayfield Advisors LLP, told YourStory, that while primary distribution as well as last-mile logistics is a well-funded space in India, there is an absence of an established player that connects the dots between the two spaces.

“By providing a tech-driven, one-stop logistics solution, combined with a hub-and-spoke warehousing model that drives costs lower, Emiza’s offering is going to be a big pain killer for its customers,” Vikram says.

The Emiza founders believe that while the market is flooded with players catering to B2C needs, the B2B market is yet to receive its due. Ajay notes that most companies work on a three-tier supply chain to move their goods. Tier one being the factory, tier two being the dealer and tier three being retail. Ajay says,

He adds that as you move from primary transportation to intra-region and intra-state, shipments get smaller, and hence the transport mix changes from full truck loads (FTL) to less than a truck load (LTL). Managing an intra-region LTL network catering to Tier III and IV cities is a complex problem, and requires the right mix of technology and operating model.

On other players like Blackbuck and Rivigo, Ajay says that Blackbuck is focussed on full-truck load and Emiza works on less truckload. “The LTL market itself is $30 billion and the FTL is another big market; each player has a big market and is focussed on that,” adds Ajay.

In March this year, Blackbuck also raised its Series C funding of $70 million led by Sands Capital. The B2B logistics market is getting attention by biggies, with giants like Mahindra and Mahindra, which launched SmartShift, a bidding app for transporters to connect directly to businesses, taking keen interest.

The logistics space, Ajay admits, is hard to crack but is nevertheless a big market. Most players aren’t open to change, and convincing them is a big challenge. He says,

“It also isn’t just a technology play. Logisitics business isn’t about just building a great tech backend and system; it is operationally-intensive, and you therefore need the right number of experienced people doing it.”

According to the report ‘Logistics Market in India 2015-2020’ by market researcher Novonous, the entire logistics industry in India is pegged at $300 billion, growing at a CAGR of 12.17 percent by 2020.