All you need to know about bots 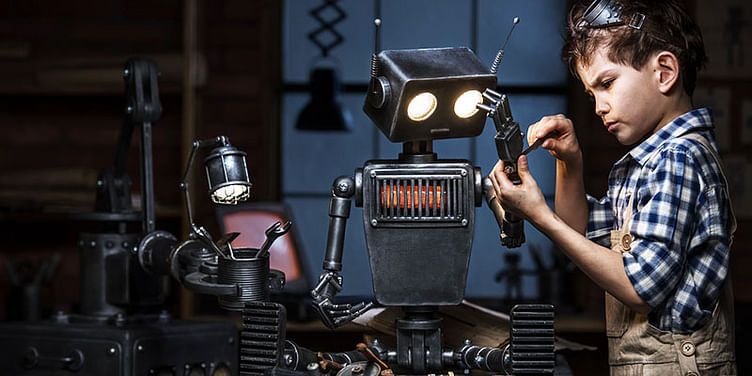 We live in a virtual world, where the intensity of interacting with machines is higher than human networking. In this internet age, internet bots have created a sensation. They are used virtually everywhere by every major company in the world and are taking Artificial Intelligence to an altogether new level. What exactly are bots?

An internet bot is basically a set of algorithms that are designed to perform automated tasks which require running scripts over the internet. These applications perform simple and repetitive tasks efficiently and quickly, with greater expertise than humanly possible. Bots are mostly utilised to do laborious and monotonous tasks, but can also be used in malicious criminal activities online. You can call them virtual robots, a counterpart of their physical versions without a mechanical body.

Most bots are used for purposes such as web-spidering, which allows companies to probe lacs of files on internet. Major international conglomerates like Google, Facebook, and Twitter rely on internet bots for their regular functioning. A particular variety of bots called chatbot lets you communicate with an individual or company digitally, using messaging apps. They are used on various platforms such as Messenger and Slack, and are helpful in assisting customers in their needs. Another variety of bots are auction bots, which places multiple bids instantaneously, allowing the bidder to procure an item even at the last second.

Internet bots are also used by hackers to perform a range on illegal activities, such as DDoS (Denial of Service Attacks), spamming and phishing attacks, artificially increasing traffic on websites and installing malware.

The history of bots dates back to the dawn of internet age. Bots today are nothing but more sophisticated versions of early network systems which comprised of sending and receiving short messages to computers. The earliest version of internet bots can be traced back to year 1988, the year of emergence of IRC (Internet Relay Chat). The early IRC bots performed only one specific function – providing automated services to users to prevent the server from closing down due to inactivity. These bots were a direct result of the Turing Test (also called Imitation Game) of the 1950s, which led to a series of events necessary for developing AI as we know it today.

In 1960s, AI took a giant leap forward with the development of ELIZA, a bot developed by Joseph Weizenbaum whose primary purpose was to simulate a psychotherapist. However, like with the Turing Test, limited database was a problem, as ELIZA’s vocabulary was constricted. Other bots in the early history of their development include web crawlers used in indexing web pages for search engines like AOL, in 1994, and Excite, in 1997. Googlebot, one of the most famous web crawlers developed in 1996.

In 1999, botnet programs like Sub7 and Pretty Park were used to secretly listen to malicious commands on IRC network and were the ancestors to the present-day Trojans and Worms. Later, bots became more proficient and were used to perform DDoS attacks, an early example being the GTBot botnet program on IRC network in 2000. In the course of time, Botnets transferred from IRC to HTTP and SSL.

Today, the traffic generated by bots comprise roughly half of the total internet traffic, and is crucial in making the internet as powerful and efficient as it is. Chatterbots are necessary for the operation of chat rooms across major websites around the world, and are becoming clever day by day.

It is no doubt that bots are the key to the future of internet. Like every coin, they have both positive and negative sides. But as long as the positives outweighs the negatives, we must make full use of them in making the internet more connected and useful.