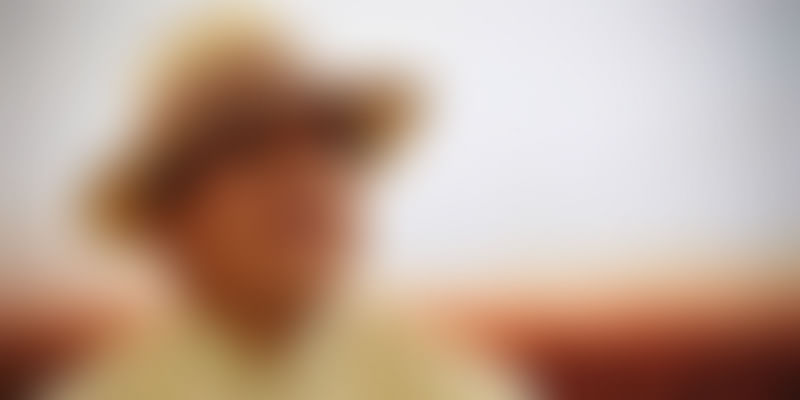 Humility has always been an elusive trait in the famous and successful. Being adored by the public and having a ton of money is one giant ego-boost, and it's difficult not to let something like that get to your head. Yet there are exceptions, those celebrities who are surprisingly as humble now as they were before anyone knew their name. And among the handful of personalities who fall into this category, perhaps no one is more humble, affable, and likeable than Jackie Chan.

The world knows Jackie Chan for his action-packed and rib-tickling movies. His mastery of the martial arts and his ability to create humour in seemingly dire situations has propelled him to fame the likes of which few of his countrymen have seen. Born as Chan Kong-san in Hong Kong on April 7, 1954, Jackie Chan first acted in a movie at the tender age of eight. A decade later, he appeared as a stuntman in Bruce Lee's Fist of Fury (1972) and Enter the Dragon (1973). It was the 1978 film, Snake in the Eagle's Shadow, that proved to be Chan's first breakthrough as a lead actor and his fame just grew from there on.

In 1976, he founded the ‘Jackie Chan Stunt Team’. A collection of the most talented and fearless stuntmen, this stunt team performed and choreographed all the dangerous antics that have made Chan's movies so very captivating to watch. The members of this team weren't his stunt doubles; Jackie Chan performed all his stunts himself and has accumulated several injuries over the course of his illustrious career performing them. This team, however, was of vital importance to the popularity of his movies and he treated them with a respect that is hardly ever expected from an A-list celebrity. And, after every insurance firm blacklisted his stunt team, Jackie Chan used to pay for any medical treatment required by them from his own pocket.

Jackie Chan's first tryst with Hollywood came in 1995 when he starred in Rumble in the Bronx and became a mainstream celebrity in the US. In the years that followed, movies like Rush Hour (series), The Tuxedo, and Shanghai Noon (series) propelled his celebrity to stratospheric levels, not only in America, but across the world. Throughout all this, he retained the same humility and unassuming kindness he had begun his career with; film crews who have worked with Jackie Chan at any point of his career have nothing but praise for how he’s treated them.

In this way, his career progressed to include over 200 films spanning every genre imaginable; a commendable feat for which he received an Honorary Oscar last year — something which he had been yearning for since he first saw the golden statuette sitting on Sylvester Stallone’s shelf more than two decades ago.

Acting and martial arts aren't the only things Jackie Chan's talented at. He is a trained operatic singer and a linguist who has released 20 music albums in over five languages. He is also a reputed voice-over actor who has dubbed many Western movies in Cantonese and Mandarin, and has provided his voice for characters in movies like Kung Fu Panda.

There is a lesser-known side of this actor, singer, and prolific stuntman that not too many people outside his home country are privy to. And that side, as it often is the case, is born out of controversial political beliefs.

Jackie Chan is a stalwart of the Chinese Communist Party — a stance that has courted a lot of derision from his countrymen. Chan has publicly backed the State's authoritarian regime saying things like “Chinese people need to be controlled, otherwise they will do whatever they want.” He has cited Taiwan and Hong Kong as examples of failure which occurs when you give the people “too much freedom” and called the Taiwanese democracy “the biggest joke in the world.” He believes that while each country has its own problems, they must be discussed and dealt with internally; to reveal them to ‘outsiders’ is unpatriotic — he said in an interview that one must always claim their country to be the best when talking to foreigners. Jackie Chan has also labelled America as the most corrupt country; incidentally, he was named in the Panama Papers last year.

Jackie Chan's personal life has also been the subject to scrutiny in his homeland. Rumours of him being a philanderer and an unsympathetic father have further dented his image among Hong Kong citizens.

However, the controversies surrounding Jackie Chan are overshadowed by the magnanimity of his charitable work. The Jackie Chan Charitable Foundation, which Chan founded in 1988, offers scholarships to Hong Kong's youth and aid to victims of natural disasters and illnesses. He also founded the Dragon's Heart Foundation in 2005 — a charity that helped those living in remote areas of China by building schools, providing books, and uniforms for children and donating clothing, wheelchairs, and food for the elderly.

Jackie Chan is a UNICEF Goodwill Ambassador and is an active proponent of charitable works and causes. He has promoted disaster relief efforts, and donated vast sums of money, following the occurrence of natural disasters in China, Japan, India, and Thailand. He also owns numerous businesses — from restaurants and clothing lines to movie production houses and fitness chains — with a percentage of their profits donated to charity.

His ever-smiling visage and generosity have earned Jackie Chan the sort of respect from the world that fame alone can never acquire. And as Jackie Chan turns 63 years old today, there is no indication of him slowing down in his efforts to further develop the already indelible legacy he has created for himself.