How Usha Jha has become the face of Bihar's Madhubani art 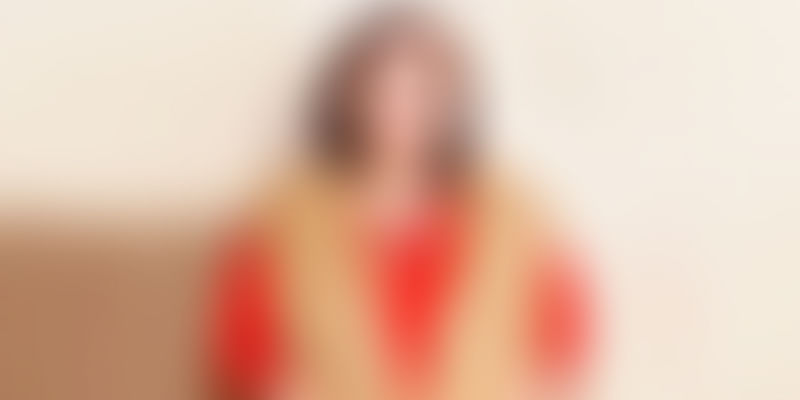 Petals Craft Founder Usha Jha’s attempts to create her own identity have led to the financial empowerment of hundreds of women.

Kya zaroorat hai? (What is the need?) This was the question entrepreneur Usha Jha was asked time and again in the early 1990s when she decided to launch Petals Craft in Patna, the go-to place for Madhubani handicrafts.

Usha, however, did not let the discouragement deter her. “Somewhere deep within, I had an entrepreneurial dream. I wanted to do something for myself and others. I had everything in life — children, a loving family that supported me — yet I felt I did not have an identity. Apne hone ka bodh nahi tha (I did not have a sense of identity),” she says in fluent Hindi.

From creating her own identity to financially empowering more than 300 women, Usha has come a long way. Though not easy, the journey has been satisfying, and that is what Usha holds on to.

A long and winding road

Usha, who hails from a village on the Bihar-Nepal border, did her schooling from Purnia, the eponymous district headquarter town, and was married off even before she had finished class 10. After marriage, she moved to Patna but continued her education. Through private tuition, correspondence and government schooling she went on to get a master’s degree.

The desire to create her own identity and spread her wings kept driving her. In 1991, when her children had grown up leaving more time on her hands, Usha decided to take the plunge. She made Mithila art, which she was familiar with since childhood, the fulcrum for the future she was going to build.

Mithila art is the folk art of the Mithalanchal region of Bihar and finds mention in the Ramayana and the Mahabharata. Its genesis can be traced to "Kohbar" (a room where rituals and customs take place during a Maithali wedding and where one or more walls are painted with images of gods and goddess and other auspicious objects).

Usha recalls how whenever there was a wedding in the family the first thing they would do was paint the kohbar. “Today wedding preparations start with a hall booking and menu selection; in those days we used to start with the kohbar.”

Using this innate talent, she started producing Mithilanchal art (Madhubani as it’s also called) and from the walls, the art came to life on sarees, cloth, and paper.

“In those days I never thought this art on walls would be a way of earning money and running a family. But over the years it became a means of employment.”

The small step that became a giant leap

Petals Craft began in 1991, from Usha’s house in Patna’s Boring Road neighbourhood. , and she works from there even now. What started with one room dedicated to artists has now taken over the entire house. There are folders, sarees, stoles, and bags all stacked neatly on shelves, ready for customers. Usha says, “Today, we have met modern demands and done Madhubani painting on around 50 different products including bags, lamps, sarees, and household items.” She shows a paper napkin holder which has been a big hit with her American and European clients.

From the government to visiting dignitaries and tourists from different corners of the world, her clientele is varied.

As Usha talks, her phone rings incessantly. Orders come in and a young woman constantly seeks her guidance regarding work.

It wasn’t always this way, though. Usha started with a handful of artists, two of whom worked from her home while the others were based in Mithilanchal. The number of women artists under her increased gradually and today she has more than 300 trained independent women working with her.

In 2008, Usha formalised what she was doing in villages by registering her NGO, Mithila Vikas Kendra. “Through it, we financially empower women, set an example of how women are able to run their household, give their kids an education, and know more about their health. We make health a priority and also increase awareness about the health problems women may face.”

Many of the women Usha has trained also leave and go start on their own. Many are now being trained in Patna too.

But the going has been slow. She says, “I started when there was no concept of selling online. In those days we had to travel and set up stalls across India and even abroad. I used to travel extensively to sell our items.”

Eventually, through word of mouth, Usha became a name to be reckoned with in Patna. “Even now most of our marketing is by word of mouth.”

Though she does sell online through different websites, Usha says, the biggest way technology has helped her is in communicating with the artists in the village. WhatsApp has all but eliminated difficulties with customisation — all she has to do is take a picture and her artists the design.

This is just the beginning

Usha has somehow become the face of this industry in Bihar. When erstwhile President Pratibha Patil visited Bihar, she was gifted a 14-foot painting that still hangs in the Rashtrapati Bhavan. “That was done by us,” she says proudly. Another interesting anecdote she shares is about a tourist from Sweden who asked his taxi driver to take him to an art gallery or museum in Patna. The driver did not know what an art gallery was so he brought him to Petals Craft. Usha says, “He may not have found an art gallery but he did like our merchandise and, happy to see our art, bought a lot of gifts for his family back home.” Usha savours and respects all the goodwill she and her team have earned over the years. With the long distance she has traversed, she chooses to count the blessings rather than the challenges.

Over the years she has also taken up other roles such as teaching as a guest lecturer at a college in Patna, being the secretary of the Bihar Mahila Udyog Sangh for the past 17 years, and being a pillar of support to many women. All the women she has trained in her early days have now emerged as leaders who now handhold and teach other women who are new to the art.

Going forward, she wants to set up more and more training centres in villages and towns near the Bihar-Nepal border where she feels the government has not been able to penetrate. “It is an ambitious project and I am looking forward to setting up these centres to make more women financially independent.”

She has just one message: “If I could do it so can you.”