What can today’s startups learn from past agricultural revolutions 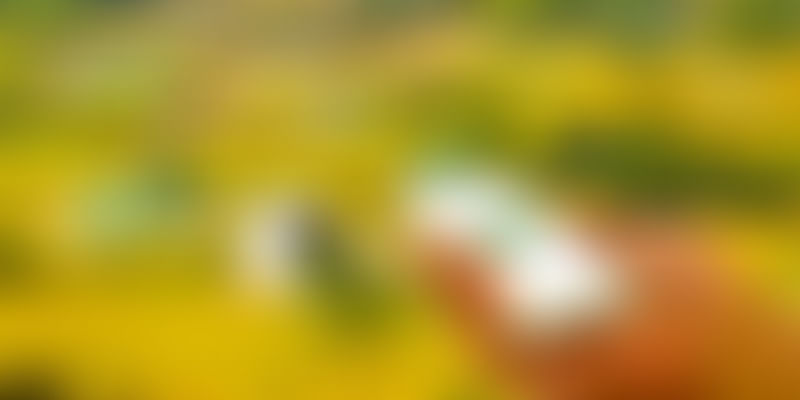 With the increase in the splurge of new-age agri-tech companies, the risk today lies in tech folks who do not completely understand farmers and end up creating solutions that might not match the user requirements. It is relatively easier in the consumer market where many solutions arise from entrepreneurs’ own experiences. For a business to succeed, a deeper connection with the customer is necessary. In the agriculture space, this is even more pronounced as the customer faces a livelihood choice and one can’t view the share of wallet.

For farmers, most of the sales and purchases are livelihood decisions and it is important to understand that they live in a village with very little individuation. There is a much greater consciousness of the collective viewpoints while taking decisions. They are members of groups and they adapt or modify their thoughts, feelings, and communication to stay aligned to the group view. Context and relative position vis-à-vis others’ positions govern their thought processes, beliefs, and actions. It is because of these reasons, selling a product/service to farmers is difficult. On the flipside, converting a group gets not one customer but the whole village! One of the examples of an effective proliferation of new agri-tech would be the success of BT cotton. BT cotton adoption in India is one of the fastest adoptions globally. For a fragmented farmer base to have a 95 percent technology adoption in 15 years is every business’s envy! Startups can learn from this to successfully scale up agri-tech ventures!

BT cotton provided a visibly different result from day one. Based on various field observations, BT cottons are early in maturity as compared to their non-BT counterparts. The time advantage ranges from 20 to 30 days in different cotton hybrids tested in India. Due to the effectiveness of BT gene in controlling insects related to Lepidoptera order, the crop visibly appeared healthy from the beginning! Because of these early demonstrations, farmers did not have to wait till the harvest to judge the performance of these seeds. Indian farmer cannot bear ROI’s and look at investment horizons – yet. Savings in three years where each planting is fraught with risk is no one’s appetite!

Does your product save enough?

The average farmer is a smart accountant – she/he needs to manage with very little and doing the math is something they do daily. In the case of BT cotton, it not only resulted in 75 percent increase on an average in the yield/hectare, but also led to reduction in costs in multiple ways. BT cotton enabled a near complete elimination of the type that deals with bollworm, which constituted 70 percent (by volume) of the total insecticides that were applied earlier. On average, the hybrid seeds helped farmers to reduce insecticide sprays from more than two dozen sprays to two to three sprays in a season. In terms of per kilogram of cotton, the reduction would be more than 80 percent. There is a reduction in fertiliser usage per kilogram of cotton and a 70 percent reduction in labor for spraying insecticides and fertilisers. These savings for a farmer played a herculean role in the massive adoption.

On the other hand, while various state governments are actively promoting drip irrigation by offering huge subsidies, in some cases even close to 90 percent, only 1.5 percent of the gross cultivated area in India is under drip irrigation. One of the possible reasons why this technology has not kept with the desired pace can be because of the heavy incentives provided by state governments on the irrigation waters, which make water almost free. For a farmer, investing in drip makes very little sense in terms of costs compared to the benefits and hence the reluctance from farmer community to adopt this water saving technique!

Contrary to the belief that farmers don’t ‘risk’, we believe they are one of the ultimate risk takers. Every crop cycle is a question of survival for them and their outcomes are heavily dependent on many things. They have seen a lot of people selling them unfit/adulterated products and it’s usual for them to hesitate to try out a new technology. BT cotton provided a window for the farmer to take bite-sized risk with a low investment. A farmer could use these hybrid seeds on small patches of their fields to evaluate the product, gain confidence, and witness the significant increase in yield per hectare. This increase in yield encouraged farmers to bring more area under cultivation, since cotton growing became profitable! Farmers have recognised the benefits of this technology and hence adopted it in a massive way, without any external push.

Farming is hard work. The drudgery of it is not anything someone enjoys. In the case of BT cotton, the spraying was lower and hence less labor. This allowed for an amicable work distribution among rural farm families resulting in happy family life, social satisfaction, and community-wide acceptance!

We believe these are some key factors in direct farmer adoption. In the past, this has led to market creation and today we call this revolution. It’s now up to the new-age agri-tech companies to capture some of these learnings and create the next revolution.