About the future of gaming in India 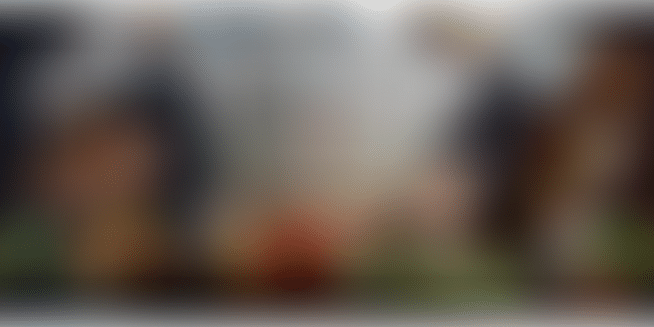 The Indian mobile revolution has drawn plenty of attention in the last couple of years and every time I have a discussion around it, I am fascinated by new insights on how smartphones are impacting various customer segments and industries. One such industry that is witnessing a silent yet a massive evolution is the gaming industry.

In the past, the electronic and mobile gaming culture has been out of reach for majority of Indian consumers, primarily because of three reasons — high cost of console devices, limited availability of high performance, affordable smartphones, and lack of micropayment infrastructure. However, all of these challenges are now quickly changing into impetus for the gaming industry with surge in adoption of $30-$500 powerful smartphones, a drastically improving payment ecosystem, and constant need for new and engaging forms of digital entertainment.

In Q2 2016, India ranked fifth globally by game downloads, jumping two places up the rankings compared to the same quarter in the previous year. It is expected to surpass both Russia and Brazil in the coming years.

Globally, gaming industry clocked $100 billion in revenues out of which mobile gaming generated $37 billion revenue in 2016 and India ranked 19th with estimated revenues of $523 million, a meagre 1.6% market share of the global mobile gaming industry. However, with the world’s second largest online population, the second largest smartphone user base, and the fastest growing smartphone market, the Indian gaming market is at an inflection point and poised to become one of the fastest growing mobile gaming markets.

The Indian gaming industry is not new and dates back as early as 1999 when companies such as Nazara and Indiagames were founded. Mid of 2000, more companies such as Games2win, Maujmobile, Ace2three, Rummycircle, and Zapak were founded and all attracted venture money at some stage with Indiagames getting acquired by Walt Disney in a multi-million dollar deal. With the growing base of smartphone and need for entertainment, a new age of mobile and social gaming companies have come up backed by venture capitalists. Companies such as Octro, Moonfrog Labs are successfully tapping into India’s urge to play casino games such as Teen Patti and Rummy whereas companies such as Playsimple are trying to capture the imagination of the global audience with games such as GuessUp. 99Games tapping into Bollywood popularity by creating celebrity themed games such as Dhoom -3 — the Game & The Fan- the game, The Sultan — the game which broke into the top 1o game ranking by downloads in India.

In India, western studios still publish most of the top grossing games on Android with mainstream favorite Candy Crush Saga, predominantly driven by young Indian women*, and games such as Subway Surfers and Temple Run also generate healthy downloads because of their easy learning curve and high entertainment value. The strong performance of global publishers does not limit opportunities for Indian publishers who have the advantage to tap into Indian cultural habits and activities. One example of a successful locally published game is Train Simulator 2016, which reached #4 in the ranks. Released in March 2016 by Timuz, the game features an endless runner mechanism mixed with familiar themes and settings from India’s railway network (one of the most extensive in the world). Localizing games for emerging markets is not just about language. Each country has unique preferences, and India especially so.

Mobile games should represent the app category with the most revenue in India. Despite a high mobile internet population of 371M and smartphone users of 220M, revenues from mobile gaming are however quite low in India. Of approximately 150M mobile gamers in India in 2015, just 23.7M (a mere 15.8%) paid for gaming content**. This compares with 27.1 per cent of mobile gamers in Russia, 35.4 per cent in Brazil and 30.2 per cent in China who paid for content. The average revenue per user (ARPU) of Indian mobile gamers is USD 0.78, far below the global average of USD 26.28 and again, the lowest among BRIC markets with Brazil at USD 5.96, Russia at USD 4.90, China at USD 25.17 and South Africa at USD 5.13. Monetization is going to be one of the biggest challenge since most Indians have so far only adopted free-to-play models even when riddled with ads. I think gaming habits will develop gradually and as better games get developed and users become avid gamers they will pay to play.

Looking ahead, app store game downloads for both local and foreign players is projected to more than double to 1.6 billion in 2016, and reach 5.3 billion by 2020*. Adoption of smartphones by the expanding middle class will continue to be a significant growth driver, as handset vendors intensify their focus on lower-tier cities and as economic prospects improve for India’s large, youthful population, India’s gaming market is poised to soar as well.

The gaming sector has always has been considered to be a hit-and-miss business very much like the movie business. So, the next question is how can we create great gaming companies out of India? . Gaming behemoths such as Supercell ( $10.2 Billion) , King Digital ( $5.9 Billion), Zynga ($2.23 billion) and Gamesloft ($700M) are leading the way and writing their own playbooks for success such as Supercell’s obsessive focus on small teams to King’s application of its decade old desktop gaming learning to mobile gaming to Gameloft’s preference of quality of games than quantity to Zynga’s strategy of copying popular games and leveraging its massive audience for distribution. Which of these models will work in India and scale virally? Nevertheless, the sector presents unique opportunities for Indian entrepreneurs to create large businesses — be it in the content space or on in something else- platform, or distribution, or audience aggregation.

As a investor in Dream11, a leading fantasy sports game company, and 99games (a game development studio for mobile platform), I realized that if you create a great experience, users will spend time on the site and pay too. As a early stage investor, I try to learn and study deeply sectors that might emerge and create disruptive companies. Each sector or opportunity requires different profile of entrepreneurs who can be the creative change agents. I believe Indian gaming potential is waiting for ideas and people to emerge who can build to this massive opportunity. The journey to create a successful gaming company is in a few ways no different than creating any other successful business — you need to be passionate about what you are doing, create a stellar team, and find the right investors and mentors to guide you in your journey.

In continuation of Kalaari & Kstart’s endeavour to support the start-up ecosystem, we have collaborated with Nasscom Gaming Forum to host an insightful discussion on the future of gaming. On 8th June, thought leaders,entrepreneurs and investors from the gaming industry will come together to engage in meaningful dialogue. If you’re an entrepreneur working on a gaming start-up, we welcome you to participate in the event and get an opportunity to connect and learn from gaming veterans. In addition, a select few companies will get a chance to demo their product, gather feedback and gain access to mentoring.

Find out more and register for the event here. Let the Games Begin!

Note — Kalaari or Kstart is not an investor in the above mentioned startups.

Disclaimer: It is strictly an independent opinion of the writers, not representative of Kstart or Kalaari.

Disclaimer: Kalaari Capital is an investor in YourStory.