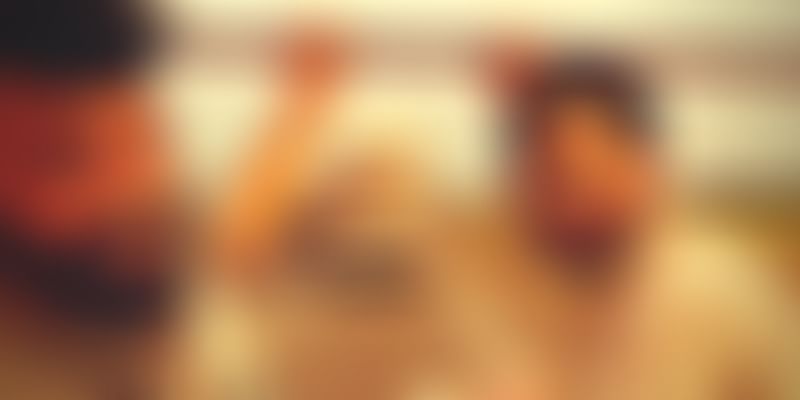 Aniket and Himanshu took on a social experiment to prove that the people of India are not as hostile as they are made out to be.

It wasn’t very long ago when, on what seemed like the hottest of all summer afternoons, I found myself hopelessly lost in a residential maze. I spent 20 excruciating minutes trying to locate a friend’s home before a gentleman passing by on his motorcycle offered me a ride to the location, clearly a detour from his route.

Needless to say, this short hitchhiking encounter left me with a sense of immense relief and a newfound faith in the goodness of people. This man stopped, called his friend to confirm the location, and gave me a ride when he had absolutely nothing to gain from it. At the very least, it showed me that not everybody in this county is deserving of suspicion.

When two young men, Aniket and Himanshu, decided to hitchhike all the way from Bengaluru to Bengal, they did so to prove this very point. “Hitchhiking is predominant in the West but in India there is an undeniable safety issue,” says Aniket. But when the duo set out with no money in their pockets, what ensued was a series of, surprisingly, fortunate events.

An idea that was deemed crazy

Aniket was working at American Express until, overwhelmed by the desire to travel, he quit his job for good. It was only after he began planning his travels that he considered hitchhiking. When he and Himanshu, a software engineer in Bengaluru, bounced this idea off friends and family, the response they received was mostly concern and ridicule.

“Of the 100 people we spoke to, about 97 said it was a very risky affair. They told us we might get looted, kidnapped, or worse, murdered,” recalls Aniket. The two were obviously aware of the risks involved, and considering that they were going cashless, knew that a roof over their heads and food in their stomachs could be a luxury. But they had an inkling that people’s fear was mostly unfounded.

“We were being told by a group of people who had never swum that swimming in the lake is very dangerous,” Aniket remarks with an apt analogy. And so, when they set out on March 8, Aniket and Himanshu were intent on proving them wrong.

A series of fortunate events

The route they chose passed through Andhra Pradesh and Odisha before culminating in Bengal—a total of 2,100 km. The duo hitched a ride with some motorcyclists and then a truck driver on the way to Vellore, who, the first of many to come, was awed at their story as he had never before heard of such an endeavour.

Once in Vellore, the duo was unprepared for the generosity that was to come their way.

It was eight at night and we were resting at an auto stand when one of the drivers walked up to us. When we told him our story, he took us to the nearest hotel to buy us food. A crowd had gathered around us, listening to our story when our server, a man named Gopi, came to us and handed us Rs 200.

As they soon found out, Gopi had borrowed the money from the restaurant owner and had pawned his phone for it. Aniket recalls being overwhelmed by this gesture, his voice still coloured by the surprise. For Gopi, an alcoholic, giving away money that could have otherwise fed his addiction was a selfless act. Appreciative of his efforts, they accepted only Rs 100.

Amidst the same crowd was another gentleman, Mr Thangarajan, who owned a hostel close by and offered to house them for a night, free of cost. Fed and well-rested by generosity, the duo set out towards Vijayawada the following day.

Many truck drivers gave them lifts, some for five km and some for 10 ; while one offered them a bowl of fruits, the other cooked for them and insisted they eat and drink, concerned that they might not be able to for a long time. They were offered bicycles by school children who, now tables turned, hitched with them for a distance.

When they finally reached Vijayawada, it was again in the dead of the night, and the duo found themselves at an isolated junction. Soon, a “shady” truck approached them and they got on for a lack of other options. As was the drill, they began narrating their story to the driver but found that he was barely interested. After 20 km, as promised, the driver dropped them off and drove away.

Well, where’s the twist in the plot? “After half an hour, he came back and began earnestly apologising,” Aniket recalls. The driver confessed that he felt horribly guilty at leaving two hungry men to fend for themselves when he could easily have helped. And so, he took care of a scrumptious meal at a dhaba nearby. “It’s an amazing feeling when a person who doesn’t even know you can be so empathetic,” says Aniket.

It was about 2 am when they got on another truck towards Kaza. Aniket recalls the hostility emanating from the driver this time.

He had agreed to drive us after we told him we had no money to pay him but after a kilometre or so he began demanding money. We were ready to get off but he quietened down and so we drove on.

But when the driver saw two cops approaching the vehicle, he panicked and urged them to get off, in the middle of nowhere. This, as they recollect, was the only ripple in the entire journey.

There were times when they slept in abandoned houses and spent mornings without food. But what they found was that people in general were willing to help as soon as they heard their story. Communication was the key.

Setting this truth in stone was the final ride they were offered. They spent 40 hours on the road with this driver and other truck comrades. Between Altaf Raja’s unending recordings of tum to thehre pardesi, stories of bank robberies, and the drivers’ undying love for their wives, the duo realised that these were very lonely people who were more than happy to have someone to talk to.

“India is our country, our home. It doesn’t feel right to feel insecure in our home. I wanted to make it more accessible and approachable,” says Aniket. Adding to that Himanshu says, “Whether or not people help us depends entirely on how we approach them. We’ve become too accustomed to discriminating against everyone.”

Both agree that to travel, money is not a necessity. “When you cross the line of risk, there is something beautiful and unknown waiting for you. But you have to cross that line.”

After five days of being on the road, and at the mercy of circumstances, Aniket and Himanshu came home humbled and inclusive. Travel surely transforms everyone in the same way, but this duo had learnt something else—“We realised that India is a far better place than the West for hitchhiking because everyone is ready to help you.”