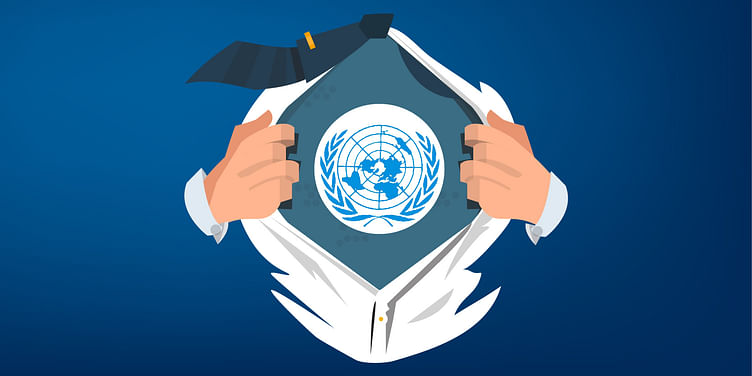 On May 29, 1948, the United Nations Truce Supervision Organization (UNTSO) was founded to observe and maintain the ceasefire after the Arab-Israeli War. It was the first ever United Nations peacekeeping mission. More than half a century later, on December 11, 2002, the United Nations General Assembly heeded an official request by the Ukrainian Peacekeepers Association and the Government of Ukraine and designated May 29 as the ‘International Day of United Nations Peacekeepers’. Celebrated every year since 2003, the day sees the UN honour the memory of martyred peacekeepers and pay tribute to all those who have served, and continue to serve, in peacekeeping operations.

Peacekeeping is the flagship enterprise of the United Nations, with the global institution having recognised the advancement of peace in conflict-ridden areas to be its highest priority. Currently, the UN organisation has over 1,24,000 military, police, and civilian personnel – with 123 member nations contributing to the cause – deployed in 16 peacekeeping operations on four continents. While the organisation was first established to monitor ceasefires, it has since evolved into a humanitarian force with wide-ranging objectives all directed towards establishing global peace.

UN peacekeepers today enter distressed countries to protect civilians, disarm ex-combatants, protect human rights, promote law and order, support democratic elections, and much, much more. Dubbed ‘Blue Helmets’ due the iconic colour of their headgear, peacekeepers are the go-to personnel for the international community when crises that threaten international peace and security arise. By bringing together political, security, and technical tools, UN peacekeepers have protected several at-risk populations across the globe when no one else could come to their aid.

Most of recent crises tackled by the UN peacekeepers have occurred in African countries. The Blue Helmets successfully supported landmark presidential and legislative elections in the Central African Republic – setting the formerly distressed country on the path to long-awaited peace and stability. UN bases in South Sudan have sheltered over 2,00,000 civilians seeking refuge from the country's raging violence, dire food and water shortage, and political conflict. The organisation has also suffered profound losses while neutralising explosive remnants of war in Mali, but continue with their mandate undeterred.

Since their first mission in 1948, UN peacekeepers have carried out a total of 71 operations with the participation of over one million personnel. As of April 2016, 3,500 Blue Helmets have lost their lives in the service of peace because of violence, accidents, and disease.

2017 theme: investing in peace around the world

The United Nations declares a theme for each year's commemorative day, and the theme for 2017 is ‘investing in peace around the world’. UN peacekeepers celebrate the May 29 by forging bonds with the local populations of the countries they have been deployed in. The conduct sporting events, art competitions, neighbourhood clean-ups, tree plantation drives, orphanage visits, concerts, conferences, workshops, and more with the aim of promoting peace and improving quality of life.

While the official International Day of United Nations Peacekeepers is celebrated on May 29, the UN headquarters in New York City observes it on May 19 instead. A wreath-laying ceremony, led by the UN Secretary-General, António Guterres, will conducted to honour those peacekeepers who lost their lives in service to the UN. Guterres will also preside over the inaugural ceremony for the Captain Mbaye Diagne Medal for Exceptional Courage – an honour awarded to Blue Helmets who demonstrate exceptional courage in the face of extreme danger – named after a Senegalese peacekeeper who lost his life on a UN mission during the 1994 Rwandan Genocide. Also, the Dag Hammarskjöld Medal will be awarded posthumously to the peacekeepers who lost their lives while serving in UN missions in 2015.

To say that the global situation regarding peace is in dire straits would be an understatement. Prolonged conflict in places like Syria and South Sudan have spawned millions of refugees who are struggling for survival each day. With most of the world's developed countries dealing with their own internal political situations (read nationalist movements in the US and Europe), the UN peacekeepers are the last hope for the destitute and decrepit. And the sorrowful reality is that unless the UN member states increase their contributions to the foremost humanitarian organisation, the situation will only continue to get worse.