From battle armour for 'Game of Thrones' to 'Assassin’s Creed', how Lord of Battles makes in India but sells abroad 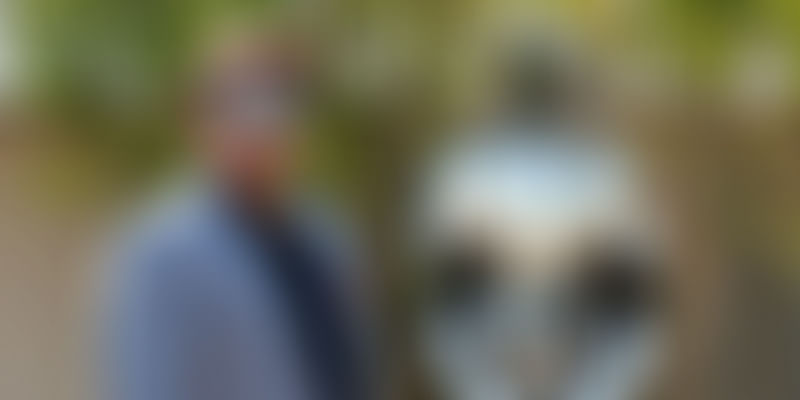 Movie and television production houses go to great lengths to present to their viewers a convincing narrative and engrossing visual experience. But fans enjoying their weekly binge of TV shows probably don’t realise the extent to which the makers of those shows go for authenticity. This is because it is generally overshadowed or hidden by the use of modern technology like Computer Generated Imagery (CGI) and other special effects.

In certain movies and sitcoms, movie props play a central role in setting the tone and also advancing the plot. Movies based on wars in the medieval era draw authenticity from battle armour and realistically choreographed fight sequences. When it comes to the former, it might interest you to know that a Dehradun- based company, Lord of Battles, has been playing a big role in bringing to you your daily dose of excitement.

The venture makes and supplies authentic medieval weaponry and armour to Hollywood studios for the production of programmes like Game of Thrones, Assassin’s Creed, The Hobbit, and more. Eager to learn their story, YourStory recently spoke with Saurabh Mahajan, Founder and MD of Lord of Battles.

Lord of Battles was founded in 2005 by Capt. Saurabh Mahajan, an ex-army officer. Having grown up in an army household, and then joining the army himself in 1997, Saurabh developed a keen interest in battle armour and weapons.

He retired from the army in 2005, and a chance encounter with an Australian woman who was looking to procure some military armour led to him starting his own venture. Saurabh realised that though mechanisation and automation had changed many industries, there was still a demand for authentic handcrafted products. In fact, because of the sheer volume of mechanised goods in the market, well made handcrafted goods saw a lot more interest, and generally sold at a premium.

So, Saurabh decided to start Lord of Battles (LOB), to manufacture and export ancient weaponry and armour of the medieval era to theatre groups and film studios. He and his team invested resources in figuring out the best sources for raw materials for different goods and also hiring skilled artisans to handcraft different items.

Lord of Battles today consists of a 130-member team that creates a whole range of medieval costumes, armour, and battle gear to help film audiences lose themselves in the era of kings and queens, castles and conspiracies.

One of Lord of Battles’ first big breaks was supplying costumes for the famous play Morted’Arthur by Warwickshire-based Royal Shakespeare Company. From there on, word of mouth marketing and referrals helped them bag bigger roles with Hollywood as well as the Russian and French film industries, helping bring to life series and films like Game of Thrones (season 4 and 5), The Hobbit, Bastard Executioner, Kolovrat, The Treasures of Lake Kaban, and Excalibur, among others.

How Lord of Battles works

On being asked to elaborate upon working with these major studios, Saurabh declined to provide specifics, citing nondisclosure agreements (NDAs), but did give us an overview of the process involved, saying,

Production houses generally have specific requirements for armour or medieval weapons to be used by their main characters. They send across specifications of the product or a rough prototype. Our artisans handcraft the weapon based on the requirements and we send the sample across. Once it is approved, we begin production, based on the scale they require.

Saurabh noted that timing is also of the essence in their industry. Because of the timelines put in place by most studios, a delay in shipping can stall production. Hence, apart from quality, the ability to meet deadlines and be reliable partners is a key component in this sector.

This also means that building deep relations with raw material suppliers from different parts of India and around the world is critical for Lord of Battles’ long-term success. Talking about their market focus, Saurabh said,

We are a 100 percent export-oriented unit. Selling in India complicates things on the tax front, so we focus only on international markets.

While Lord of Battles works with big production houses, making custom products for them, they also cater to ancillary markets like contract manufacturing and gift shops.

Saurabh stated that they have had a good record of retaining clients who require contract manufacturing services and need a specific set of products shipped in periodic cycles. Saurabh noted that some of their products are also a hit amongst gift shops and prop stores. Therefore, apart from catering to professionals directly, they also reach out to a large number of military connoisseurs and art lovers indirectly.

While China is the leading supplier of mass-produced movie props, Saurabh stills sees a healthy demand for handcrafted higher-quality props, which big and medium-budget productions prefer. RS Windlass & Sons, based in Gurgaon, is another player in this space, focusing on props, costumes, and official replicas. Like Lord of Battles, they too have supplied props for Game of Thrones, and for other series like Harry Potter and Star Wars as well.

Lord of Battles also competes with some European players in this space, many of whom have access to the actual medieval methods of forging weapons practised by their forefathers. But so far, Indian craftsmen have still been able to compete with them.

While Saurabh did indicate that Lord of Battles is currently working on three big projects for 2017, he declined to share their details, in light of the NDAs that are in place, till some time after the movies are released. Saurabh credits the success LOB has seen so far to his team, and also made a special mention of Raj Kashyap, who has been with the company for almost a decade and looks after supplies and quality-control.

With the 100 percent export model working out well, Saurabh aims to set up an international subsidiary in the US, with a goal of further decreasing shipping time and costs to ensure a smoother workflow.