How Bob Dylan changed the course of history through his music 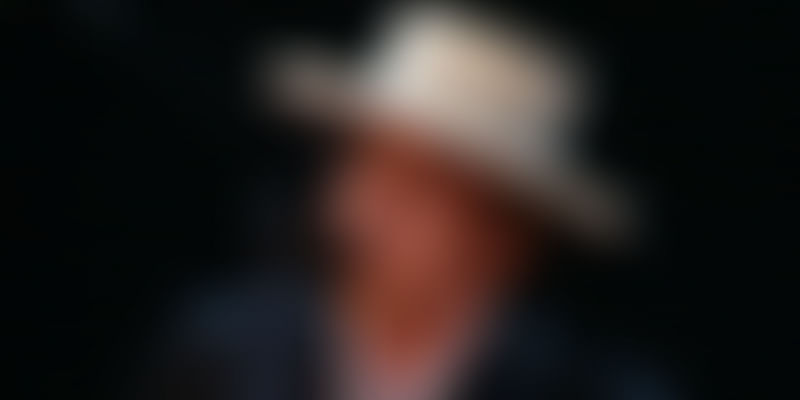 “There is nothing so stable as change.”

The 60s ushered in a new era of music. The melody began to change and the songs began to carry powerful social messages. And paramount to this new movement was Robert Allen Zimmerman, more popularly known as Bob Dylan – a name that has become enshrined in musical history.

Always hopping in and out of the limelight that he abhors, Dylan recently had his name occupy the front pages of all newspapers when he was awarded the Nobel Prize for Literature – and not showing up to accept it. His may have invited criticism from some quarters, with people calling him arrogant and over-entitled, but many lauded him for his apparent snub of the system. Dylan, for his part, acknowledged the ‘honour’ that was bestowed on him, but he also made no real move to clarify when he would publicly accept it.

Dylan’s refusal to publicly accept the award drew parallels with French philosopher and author Jean Paul Sartre, who in 1964 refused to accept the Nobel Prize for Literature altogether. While Dylan hasn’t expressly stated the cause of his disinterest, his fans have credited it to his reputation for protest.

In the 1960s, Dylan was involved in the Civil Rights Movement. His interest in politics is often credited to his then girlfriend, Suze Rotolo, the daughter of union organisers and a volunteer for the Congress of Racial Equality. Inspired by her zeal to fight for social justice, Dylan signed up for a spot in a February 1962 CORE benefit, where he introduced his recently written broadside, The Death of Emmitt Till, his very first ‘protest’ song.

Dylan has since been an active voice for social and political change, and one only needs to listen to his music to see this. While picking out his best work through the years is a difficult task to say the least, we offer him a tribute on his 76th birthday by celebrating his most powerful songs which helped change the course of history:

“Yes, and how many years can a mountain exist

Before it's washed to the sea?

Yes, and how many years can some people exist

Before they're allowed to be free?

Yes, and how many times can a man turn his head

And pretend that he just doesn't see?

The answer, my friend, is blowin' in the wind

The answer is blowin' in the wind.”

This iconic song that Dylan claims to have written in under 10 minutes while languishing in a New York café became a lyrical battle-cry against the so-called glory of war and racial discrimination. As a recognition of the turbulence of the time, it remains one of the most powerful songs of change.

Don't stand in the doorway

Don't block up the hall

For he that gets hurt

Will be he who has stalled

There's a battle outside

And it is ragin'

And rattle your walls

For the times they are a-changin'.”

Having written this during the Civil Rights Movement, Dylan used this lyrical beauty to try and encourage the politicians, the artists, the pro-changers, and the everyday man and woman to join the right side of the movement, the one that fights for equality and against ugly racism. This song is continues to be relevant today, considering the rising conflict and confusion across the world.

“I saw a white ladder all covered with water

I saw ten thousand talkers whose tongues were all broken

Through this hard-hitting song, Dylan eulogises the death and destruction caused during the Vietnam War, for which the brightest youth of America were shipped off across the ocean to ironically fight for ‘justice’. Today, the song has been used a symbol of speaking out against a global wrong, and in one particular case by the UN, even was used quite literally as a warning against the dangers of global warming and climate change.

“Here comes the story of the Hurricane

The man the authorities came to blame

For something that he never done

The champion of the world.”

Possibly one of his most impactful songs, Dylan dedicated the lyrics to Rubin ‘Hurricane’ Carter, a once leading middle-weight boxing contender who was wrongly jailed for 19 years for a crime he didn’t commit. It was this song, co-authored by Jacques Levy, which helped mould public support to the case, where people started protesting against the misconduct of justice and for the release of an innocent man. As a result, in 1985, a federal judge ruled that Carter didn't receive a fair trial and released him.

Music has the power to change the course of history, whether it impact’s the life of a single individual, an entire nation, or the whole world. And if there is anyone who can stand by as a living proof to this bold statement, it is the people’s favourite recluse, Bob Dylan.