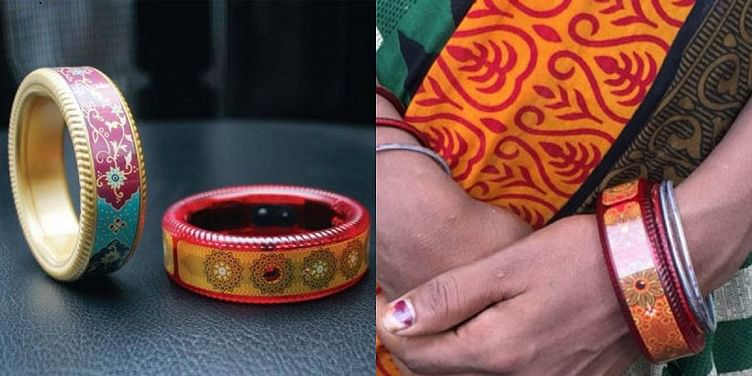 It looks like pregnant women have further reason to rejoice, apart from the homecoming of a new life. A high-tech bangle has been invented that alerts pregnant women to the presence of toxic fumes and gives them audio tips on maternal health. These colourful, lightweight bangles promise services in even remote communities.

Made of durable plastic, these bangles are water-resistant and have a long battery life. These batteries can last for a duration of nine months without being charged, and don't require internet connectivity. The result of a joint venture between the Intel Corporation and Bangladesh non-profit Grameen Trust, the bangle can be reused and recharged many times.

In rural areas, mobile connectivity - and mobile access for women - is an issue, as phones are controlled by men. While we had also developed mobile apps for maternal health, we realised a wearable device solely for women, something she would likely wear all the time, would be better to connect with women in rural areas.

The bracelet, which is designed by keeping in mind the design demands of South Asian women, is quite decorative and doesn't replicate the usual fitness bands and smart watches. The watch is well equipped to used on a daily basis. It delivers two wellness messages a week in the local language on the diet to be followed and appointments with the doctor. In the case of high levels of carbon monoxide fumes being generated while cooking with firewood, charcoal, or dung, the bracelet sounds an alarm.

While we had also developed mobile apps for maternal health, we realised a wearable device solely for women, something they would likely wear all the time, would be better to connect with women in rural areas.

According to the WHO, over 830 women die from childbirth complications everyday. Of this number, nearly a third are from South Asia. The maternal mortality rates are higher in rural areas due to the obvious lack of infrastructure.

The report further adds that, in a country like Bangladesh, where more than 70 percent of babies are born at home, about 5,000 maternal deaths and nearly 77,000 neonatal deaths are reported annually, according to WHO.

According to research firm International Data Corporation, the audience is opening up for smart wearable devices like smart watches, bands, and shoes, among others. There was a promising market of over 2.5 million devices sold last year. These bands, which are called Coel, will be initially priced at about $12-$15, and will be sold in India and Bangladesh first, then in Nepal.