The untold story of transwoman Noori Saleem, the third HIV-positive person in India 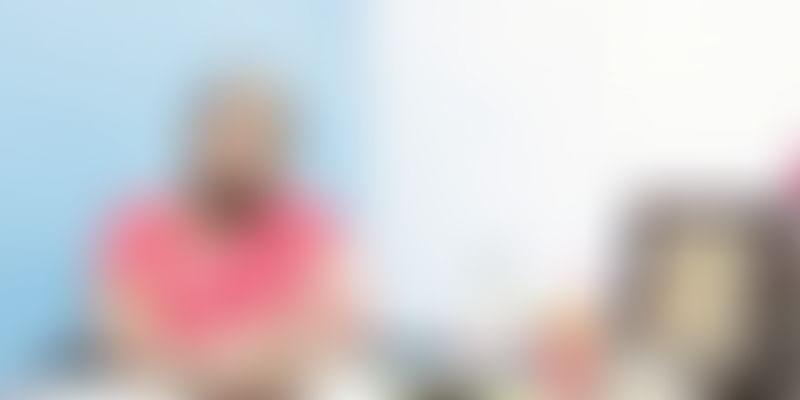 This is the story of Noori Saleem, a 68-year-old transwoman who believes in the society despite the discrimination she has had to face since childhood because of her gender identity.

Rosa Luxemburg, a philosopher and economist, once said, “Those who do not move, do not notice their chains.”

Noori Saleem not only noticed her chains, but also gave all she had into getting out of those chains since her childhood. What makes her special is that she didn’t just stop there; the 68-year-old transwoman has dedicated her entire life to helping others come out of theirs as well.

Noori was the third person to be officially declared HIV-positive by the Indian government in 1987. She had been working as a sex worker till then. But once she was diagnosed, she made it her life's mission to create awareness among the public about HIV/AIDS and also to ensure that HIV-affected children get a decent standard of living with basic education and healthcare.

Despite the progress made in recent years, India still has a long way to go in acknowledging the rights of trans people. If such is the scenario today, it definitely wouldn’t have been easy being a transperson 30 years ago.

It was around that time, 1986 to be precise, that the first case of HIV was diagnosed in India. With widespread lack of awareness about both transgender people as well as about HIV infection, one can imagine the trauma and stigma that Noori would have been subjected to.

Hailing from Ramnad, Noori was born Noor Mohammed in Chennai as the second male child in the family, followed by a younger sister. Her childhood wasn’t easy as she felt what most other transwomen feel at that time–that she was a woman trapped in a man’s body.

Noori ran away from home when she was 13 years old, unable to handle the gender identity crisis that she was facing. And also because with both her parents dead, she didn’t have anyone to help her understand what she was going through.

She did a series of odd jobs before she took up sex work. Noori continued to be a sex worker until she found out that she had HIV. Noori says that she quit sex work once she was diagnosed with the infection as she did not want to spread the disease to others.

Though disheartened initially to hear the news, she started working with NGOs for social causes and participating in campaigns and other programmes to create awareness about HIV and AIDS. Predictably, in the beginning, people were hesitant to take lessons on HIV from a transperson. But eventually they got around to accepting and understanding her.

With the experience she gained from working with NGOs, she started an NGO of her own–South Indian Positive Network. Established in 2003, it aims at providing help and support to anyone who is affected by HIV.

Around this time Noori received a midnight call from someone who claimed to have seen a kid with bloodstains left alone in a dumpster. Recalling what happened on that horrific night, she says,

“When I went there, I realised that the kid was just two days old. Next to the child was an anonymous letter in Telugu stating, ‘it is my fifth child, the child responsible for me contacting HIV.’"

Without a moment’s hesitation, Noori took the child home. The child had to undergo a few surgeries before she could be saved. At this point, Noori started the SIP Memorial Trust to take care of abandoned and homeless children affected by HIV. The trust was started in 2005 in memory of her friends Selvi, Indira and Pazhani who had died of AIDS.

What was started with one child now has more than 50 children residing in the home, and Noori has made sure that all of them get to attend school. And it doesn’t come as a surprise to know that Noori is fondly called ‘Noori Amma’ by all these children.

Nothing matters to her more than the well-being of these kids, who are five to 17 years old. In fact, despite her significant contributions to the society, what she considers her achievement is the fact that all these kids are in good health. Apart from these kids, she also takes care of more than 100 children from outside the home.

Noori has received a lot of awards from the Tamil Nadu government and an award from Raj TV for best woman social worker. She has also travelled to many countries including Canada, Japan, Australia and Thailand as a pubic speaker on AIDS-related issues.

On her identity as a transwoman, Noori says it takes enormous courage to be a transperson in this society. But that doesn’t justify hating the society for it. She is one who always goes back to the society when everything else fails her.

Noori’s only passion in life for now is to build a home for the children, a project she is halfway through with. As the current home functions from a rented place, she is unable to accommodate more children.

“I just hope that the constuction of the home goes on without any hurdles. And it will be good to get help from good-hearted people. People should understand that this is the first time that a transwoman is running a home. I will do whatever I can, I will also ensure that I bring up my children with a good heart and helping tendency. Spread love and help others always,” she says before signing off.

Read this in Tamil