In favour of commons: why communities need to own up to their natural resources 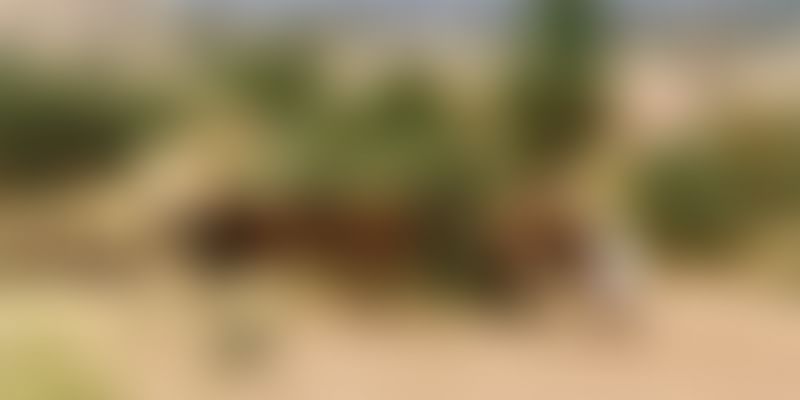 Commons are community’s natural resources such as forests, wastelands, common threshing and dumping grounds, watershed drainage and village ponds, rivers and rivulets, as well as their banks and beds, where every member has access and usage facility with specified obligations.

Across the world rapid development restricted to a few growth centres has induced a major change in land use. Forests and traditional setups have given way to farm houses, orchards, plantations, industries and residential societies.

On January 28, 2011, the Supreme Court gave much needed judicial recognition to the importance of ‘commons’. Commons can be understood as a community’s natural resources, such as forests, wastelands, common threshing and dumping grounds, watershed drainage and village ponds, rivers and rivulets, as well as their banks and beds, where every member has access and usage facility with specified obligations.

A policy brief published by Shalini Bhutani and Kanchi Kohli seeks to draw key lessons from the SC’s directions and the various steps taken up by state administrations to comply. The Supreme Court in its judgement made some key observations, which included preservation, protection of village commons and corrective action against encroachment irrespective of duration of occupation, money spent on land or political connections. Exceptions are granted only in cases where lease is given either to landless labourers or members of the Scheduled Castes and Scheduled tribes, or where there is already a school, dispensary or public utility. State administrations were directed to take cognisance of the SC’s directions and institute a speedy process of recovery and repair.

State administrations, on the other hand, used a diverse approach to revive commons in villages. Some states like Manipur and Jharkhand made use of existing schemes and legislature to incorporate the SC order. Mizoram Himachal Pradesh and Andhra Pradesh resorted to legal amendments and new rules to facilitate resurgence of traditional infrastructure. An amendment in the HP Village Common Lands Vesting and Utilisation Act, 1974, says that an area not less than 50 percent of what is vested in the State government shall be allocated for grazing and other common purposes.

The Andhra Pradesh government also took initiatives under MGNREGA for protection of commons. The rules passed by newly-created Telangana state recognise dependency of tribals and other traditional forest dwellers who have lost their forest rights on commons for their livelihood.

Rajasthan’s Rural Development and Panchayati Raj Department asked all districts in the state to vacate all encroachments on grazing land and Orans (sacred village forests). Similar orders have also been passed in Gujarat, Kerala and Maharashtra. The review offers a brief input on the special case of implementation of the order in Delhi and NCR region.

The senior court’s order has acted as a foundation for successive judgements in the country. The Punjab and Haryana High Court set up a tribunal to suggest means for retrieving various types of shamlat and forest land on periphery of Chandigarh and areas of Punjab. At Dhuwala village of Bhilwara District in Rajasthan people are fighting against the allotment of common land to mining companies citing provisions of the Rajasthan Land Tenure Act, which call for conversion of wastelands to grazing lands.

The most essential element of the review is its specification of the challenges faced in implementation and compliance. Bhutani and Kohli note the different definitions of what constitute commons, consequently the problem of defining government land equal to public land and hence, it being common land. Moreover, it suggests the inefficiency of departments related to conservation and environment protection in complying with the SC order.

The complexity of determining land tenure due to interdepartmental confusion, multiple claims on Common Areas and lack of legal access of villagers in managing the commons are also causes for concern. Furthermore, lack of awareness of the SC order in itself gives impetus to illegal forces to grab land. SC order, for all its importance to rural development, finds little priority in absolute numbers in terms of the officials actually involved in its implementation.

Incomplete implementation of drafts like the National Policy for Common Property Resource Lands (Commons Lands) 2002 is also one of the major obstacles to achieving results within a finite time frame. Lack of proper records for common areas, clashes between local village panchayats and district administration, increasing demand for conversion of land use patterns and questionable integrity of officials in government posts are slowing down grievance redressal and encouraging long court battles.

The policy brief suggests measures, including increasing awareness and efficiency of local governments, besides exploring the need for a composite framework that can be applied across the board. Creative and liberal use of current water, forest, revenue, panchayat and other laws can also help a great deal. The Ramaswamy Committee in Karnataka also recommended legal action against government servants for creating false documents or destroying land records.

Disclaimer: This article, authored by Shruti Appalla, was first published in GOI Monitor.