From banker to famed Zumba instructor, Shwetambari Shetty is proof that staying in step with your dreams is fabulous 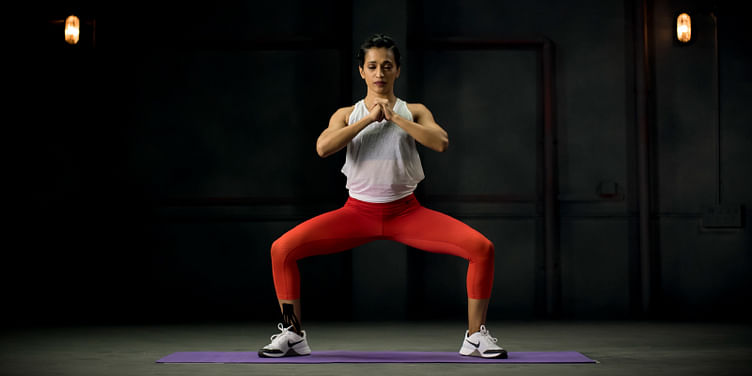 If God is the DJ,

Life is the dance floor,

Love is the rhythm,

And you are the music.

Shwetambari Shetty embodies these words not only when she’s leading her Zumba sessions but also living her life. The passion with which the 34-year-old approaches her chosen profession is more than ample evidence that she is truly living her dream life.

This banker-turned- Zumba Fitness Master Trainer is one of India’s fittest women and an inspiration for thousands to get off their backsides and pursue a more active lifestyle. To boot, she has successfully established herself as a leader in the male-dominated fitness space with an array of businesses – a radio hour, a TV show on Tata Sky Active Fitness channel 113, her fitness chain, The Tribe, and her upcoming web series, Tetley Transformation. And just like in a high-powered Zumba workout, she manages to stay in sync with each of these, without missing a beat.

Not bad for a girl born into a family from coastal Kundapura that considered education, a ‘steady’ job, marrying the ‘right’ guy and motherhood as the milestones of a successful life. Initially, Shwetambari did walk this prescribed route. An average student least interested in the middle-class dream of medicine or engineering, she graduated with a degree in Commerce before going to work at HSBC Bank.

But destiny had other plans in store for her. Shwetambari knew in her heart that number crunching and accounts weren’t really her thing. Her father had introduced her to yoga when she was just seven and as a schoolgirl, she had been fairly active in sports. These two factors helped her make a life-changing decision in terms of her career. So when she got a chance to work at a health club, she grabbed it with both hands.

“I wanted to try something different and I was willing to risk a new role. Money was never the motivation for me when it came to a new job,” she reminisces.

Like any other pivot in life, it wasn’t easy at first. Tasked with operations as well as teaching, she had her hands full. She was still working long hours, almost 14 hours a day – but this was a totally different world from her cubicle and spreadsheets at the bank, and she was having the time of her life.

Shwetambari was among the first in India to take a Zumba instructor training course when it was introduced in the country in 2011. Zumba, a high-energy workout that combines fitness with dance, was already popular elsewhere in the world and was soon to become a craze in India. Shwetambari quit her job, got married, and within a few months, after being prodded to put her certification to good use by her husband, Vivek Chandran, she began teaching a Zumba class.

As expected, her parents and other family members were not happy about this new career trajectory. Fitness rather than finance? And what kind of a job was this for a newlywed? But Vivek’s staunch support cut through all such disapproval, and she soldiered on. From her disappointing first class with just one student (Zumba is a group activity!), her reputation and member base grew, and she soon went on become the name and face of Zumba in Bengaluru.

[My dream, my rules, my life. Check out why. #WeAreAllFabulous]

In 2014, she set up The Tribe, the first group exercise class fitness club, along with a friend. Recently, CureFit, the health-tech startup with an app for at-home workouts, led by former Flipkart executives Mukesh Bansal and Ankit Nagori, invested in The Tribe to boost its offline presence. Shwetambari is also tying up with fitness brand Cult to expand her business. Cult has a combat training style of workouts, and mixes a variety of activities, including Zumba.

“Three years, three centres and now after collaborating with Cult, nine centres. We will soon spread our wings outside Bengaluru, and all this makes me super happy about my own journey,” says a justifiably proud Shwetambari.

Just hearing about her day is enough to get one out of breath. Her day starts at 7 am and goes on until 10 pm, seven days a week – with rarely more than a couple of days off. Of course, this has impacted her ‘me’ time with Vivek but she says he is her rock and only encourages her to do her best.

She focuses all her energy on her work and workouts. Training is her life – training self and others. “I can, to a small extent, control people’s [fitness level], give them good health, and help them relieve stress, and that gratification is indescribable. It’s a sheer joy to do something that’s helping people live a better life,” she says.

She strongly believes that exercise is the antidote to the ailments of a modern lifestyle, including long sedentary hours and unhealthy eating. Her mantra is: “There’s nothing better than exercise. It is your power pill. Take it, and get addicted to it.”

“You can exercise for weight loss, weight gain, strength, climbing the Himalayas, running a marathon; but what you must really exercise for is to age gracefully.” Grace that she herself epitomises. She advises women to exercise to release those happy endorphins, and to treat it as “me time”.

What does being ‘fabulous’ mean to her? “To be fabulous, one has to love what they do, and be passionate about it. If you can’t be true to yourself, how will you be true to the people you serve?”

So ladies, the first step to a fulfilling life is to stop cheating yourselves and start believing that #WeAreAllFabulous.