K.ISH Initiative shows we grow richer with each act of giving 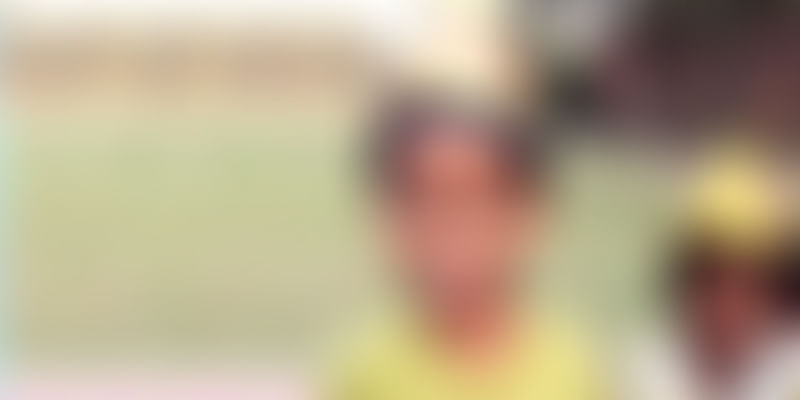 Youngsters of K.ISH Initiative celebrate their birthdays not by throwing private parties, but with children of nearby slums.

Happiness is largely misunderstood as a sense of possession. On the contrary, happiness is more to do with a feeling of self-satisfaction that arises from sharing. Not the volume of what we have, but the connectedness with others in what we do. Some 20-something students of Asansol and Durgapur in West Bengal believe just this.

Twenty-two-year-old Abhijeet Chandra, a BTech student of Asansol Engineering College, is enthusiastic about the idea of sharing. He and a team of other students early this year, started planning common birthday parties. They visited slum areas near their college and made friends with children who live there. Since then, February 14, 2017, each time a college student has her birthday, she shares the celebration with a child who has his birthday closest to that date.

“We do not do charity. We share our happiness,” Abhijeet clarifies.

Since the start of their initiative, many students have continued to join them in these ‘collective birthday parties’. They named the idea K.ISH Initiative for kids’ wishes are what motivates them—they believe in fulfilling these children’s desires as much as they can. Abhijeet says,

“Sometimes, for their birthdays, the children want exercise books and pens. We try to give them those. For us, it is of greater importance now that we help them create happy memories.”

The college-goers have made friends with children of around four slums in Asansol. News of this initiative spread to students of Bengal College of Engineering and Technology, and Dr B.C. Roy Engineering College in Durgapur. Subsequently, a couple of slums in Durgapur, too, were drawn into the ambit of this initiative. Enthusiasm has met them from all quarters—college students are keen to share birthdays, and local children eagerly await the visits. They have found friends, confidantes and playmates in these regular visitors.

That apart, K.ISH Initiative has approached some municipal schools that have expressed willingness to partner with it. The team has a more ambitious dream of breaking cycles of beggary and incomplete education.

Abhijeet explains that the present participants in K.ISH Initiative eagerly look forward to the time they spend with the children. They involve more people for they want the efforts to be sustained even after the present batch of students graduate from college. They are not, currently, running at an NGO scale, neither are they applying to receive funds, for all expenses of birthday parties and presents are borne by the volunteers themselves.

For the future, however, they would love to broaden their scope of work and impart academic, extra-curricular and skill training to these children to help them towards a secure future. This dream, too, is based on the principle of sharing as they are interested in sharing what they know with their newfound friends.

Anne Frank famously wrote in her Diary of a Young Girl, “No one has ever become poor by giving.”

It is encouraging to see young adults so dedicated to this simple yet thoughtful plan of action. Theirs is a way more capable than many others of breaking cycles of misery—one random act of kindness at a time, one smile at every step. Their efforts are not grand, but in life, these are the very things that make a real difference.