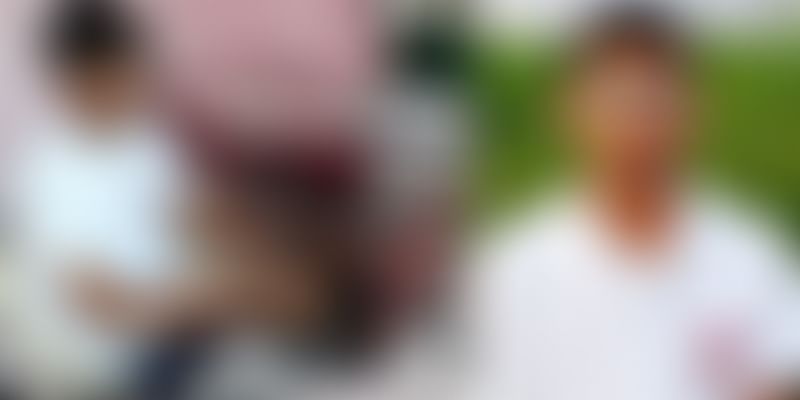 You’re never too young to achieve your dreams. Nitesh Yadav, a coder with a social cause, stands testament.

It's amazing how a little self-belief and determination can go a long, long way. Like they say, when you have your eye on the prize, everything around it is immediately out of focus. This story, if nothing else, will definitely inspire your soul.

We never run short of excuses when it comes to justifying procrastination, and since most of what we have comes easy, we often take it for granted. This was not the case in the life of Nitesh Yadav, a 15-year-old from a village in Alwar, Rajasthan.

He first came in contact with a smartphone at the age of 13 and was intrigued by all that it could do. What immediately caught his attention was the applications on it. “I come from a village background; to spot a smartphone is a rarity. I was in class eight when I first saw a man in our village with a phone and learnt of something known as an Android app developer.”

Having seen the benefits of a smartphone he was now bent on doing something for his locality and village. He wanted to be an app developer. Although he lacked the resources, he pressed forward, asking his father to support his dreams and buy him a smartphone. “When I told my father about an Android app, he was clueless. He still supported me and bought me a small smartphone after a lot of pleading.”

The fire to fight through

A number of other difficulties and challenges followed. To code an app requires skill and training. Nitesh’s family could not afford to send him to coding classes, and that was when Nitesh made his way to what he calls his “Google Gurudev.” I read an article about an app developer who had created a number of educational apps. When I finally figured out how to use the smartphone, I made my way to Google Gurudev who has taught all me that I know about coding apps and creating websites.”

His first app, ‘Mera Kanharka’, took him four months to make and was launched on Google Play. This app helps connect his village to digital India, giving them access to the outside world.

Rising above being made fun of by friends and village members, lacking the information required to make an app, and having a hard time coping with the Android language, his is a success story unlike any other.

There's more—he takes Skype classes for students at his village and others on various social media platforms regularly, teaching them about web developing at no cost. He is also currently working on his software development company named Techsicon that aims to promote any business as a brand to the global level.

In the process of establishing an NGO too, Nitesh says, “My aim is to digitise every single village in India and train students in web development and robotics so they're able to design apps themselves and give back to the community. Moreover, I do not want them to go through the hardships I have.”

With invitations from the likes of Google, NASSCOM, and Programming Hub would it be wrong to call this young talent the man of the hour?

His story, from being demoralised to emerging gloriously through it all, is motivational and get-up-and-achieve-your-dreams worthy.