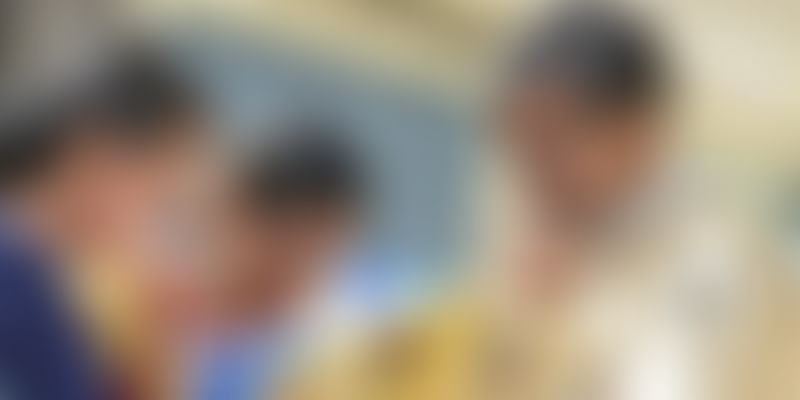 Bengaluru City Police authorities are already making the news for being extremely tech-savvy and being witty on their social media handles like Facebook, Twitter, and Instagram. The posts from these handles have been garnering a lot of appreciation for being on par with the current trends of the internet. Talking about traffic regulations, safety precautions, and awareness on fines, Bengaluru's traffic police is one of a kind. Adding more value to their department, this traffic policeman from Hosur Road, rather than collecting fines, has decided to gift something to the commuters who violate road rules.

LY Rajesh, a Traffic Inspector of the Bengaluru Traffic Police who handles both traffic and law and order, has decided to gift saplings to traffic offenders, who seem undeterred by fines. He intends for the plants to serve as constant reminders of their offences. On the busy weekend before World Environment Day, Hosur Road witnessed the unusual sight of over 30 violators riding/driving without helmets/seat belts being handed saplings.

Rajesh expressed his concerns over the future of his city after having witnessed the effects of the harmful smog in Delhi. He is hopeful that his approach will inspire people to go greener in every aspect. Speaking with Bangalore Mirror, Rajesh said,

I have seen many accidents on this road and people commit the same mistakes every day. When they pay a fine, they move on without learning any lesson. This is why I gave them a sapling as I wanted to educate them. When this sapling grows into a tree, they will be reminded of their mistake each time they look at it. Hopefully, then they will never commit the same mistake again.

Making frequent visits to schools and attempting do his part in teaching students about the importance of protecting the environment and biodiversity, Rajesh ensures that his colleagues do meaningful work too.

I have given saplings to all of my policemen. They conduct meetings with the locals and bond with each other by giving saplings.