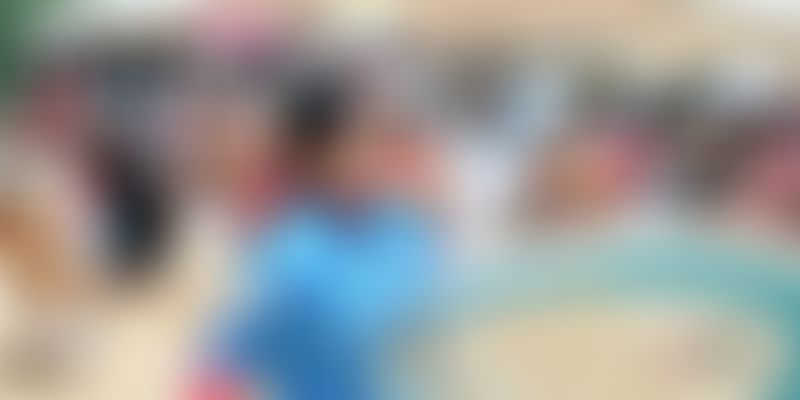 This is the story of Tanvi Jagadish, the 17-year-old from Mangalore whose name is a force to reckon with on India's stand-up paddling (SUP) scene.

Tanvi was just eight when she was introduced to water sports. Fascinated, she was soon at the point where surfing turned into more than a hobby—it became her career goal. However, in all her youthful exuberance, little did she anticipate the hurdles that were to stand in the way of her ambition.

Where 17-year-old Tanvi comes from, the idea of girls wearing shorts and venturing into the water is pretty much unimaginable. Her father Jagadish works with Hindustan Petroleum and her mother Kavitha is a housewife. Tanvi is currently studying at Sharada Pre-University College in Mangalore.

Tanvi's parents were skeptical about her safety in harsh waters, and society had several objections with regard to her attire.

"Society always had a way of pulling me down and even started putting pressure on my parents, yet they always believed in me and understood my passion and the knack I have for the sport. I worked very hard in the beginning without the support of my parents but they were just testing how strong I was with my surfing selections and I just worked on it."

Meeting the role model and mentor who turned it all around

Tanvi was highly influenced by April Zilg, a prominent athlete from North Carolina who is well recognised on the American SUP circuit.

Accompanying her husband on a six-month tenure, April experienced the much-talked-about culture shock in India, personally witnessing how difficult it is for women here to chase their dreams. There were instances when she even came across billboards asking parents not to throw their baby girls in the trash.

Unable to stay away from the water, she decided to move to Mulki, a town near Mangalore, but she could not have imagined that she would be responsible not only for ushering SUP into the country but also changing a young girl's life.

April came across Mantra Surfing Club in Mangalore, one of the few organisations in India offering young people opportunities to get involved in water sports. April was quick to notice that though plenty of girls are interested in surfing and paddling, they take a step back because of familial constraints.

It was during this time that April got to meet Tanvi, then a 14-year-old full of life, energy, and the enthusiasm to surf. Totally unbothered by restrictions, Tanvi plunged deep into the waters and surfed with total ease. The genuine passion in her eyes made it clear to April that Tanvi was destined to be in the water.

April moved back to the US but could not get Tanvi and Mantra Surfing Club off her mind. She ensured she was always in touch with Tanvi through social media, offering her mentorship through several tips and tricks. It did not take much time for these efforts to bear fruit. Tanvi went on to claim the titles for India in surfing and SUP in 2014 and went on to replicate the feats again in 2015, which happened at Covelong Point.

Despite it being a niche sport in India, there were a good number of participants in the women's open category at the Indian Open of Surfing. Speaking to YourStory in this context, Kishore Kumar, President of the Surfing Federation of India, says,

"Surfing is a sport that not only helps you get in shape but also helps to keep your mind sharp. It would be great to see more women get into surfing."

Talking about women breaking the stereotypes and going all guns blazing towards their passion, Tanvi says,

"I asked my grandpa about this and he told me, 'Tanvi, if you feel what you are doing is right, from your heart, then just go ahead and do it, be the best, and work hard. Don't listen to anything because when you have great determination, nothing will come in your way, no matter what! Passion, determination, and the attitude of never fearing failure will always make you reach your goals.'"

The opportunity to live her dream has given Tanvi a new lease of life, and a newfound connection with nature. An inspiration to girls everywhere, Tanvi has this to say:

"I love proving that yes, even we girls can do it. I love following my passion and living life fully, having a pure soul, and spreading good vibes."

More power to you, Tanvi.