All is not well behind the white robes; the fateful life Vrindavan’s widows 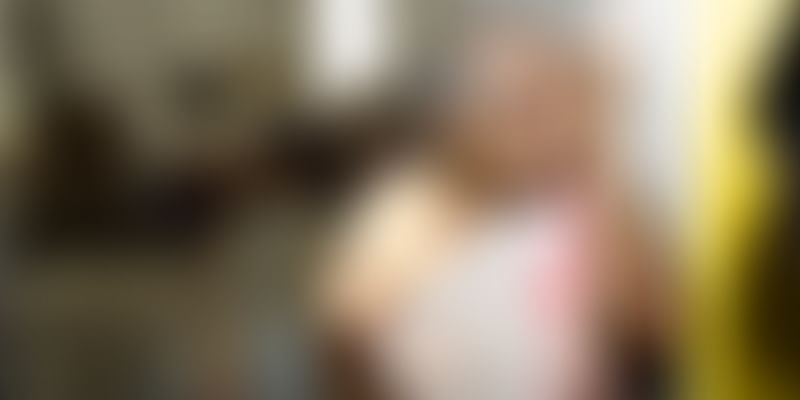 A segment of the society is asking for approval. Wives who obediently followed their husbands when alive, and mothers who toiled daily for their children are being ignored.

Along the unpaved dark alleys, mud puddles and fresh cow dung that lies fresh on the streets, there are weights of heavy tears that old widows shed every day. The widows of Vrindavan have suffered for long and survived each day. Their only regret is that they were born into the ‘oppressed sex’. Home to over 20,000 widows, the holy city of Vrindavan, known as the adobe of Krishna, is more commonly referenced as ‘The City of Widows’ today.

"My children threw me out of the house after my husband died," Manuka Dasi told Al Jazeera. "I try to earn money by singing devotional songs in temple and manage to get one meal for the day. I am just waiting to die so that I can be out of this life of misery," she added. Draped in white, a colour that works as the surest signifier of a woman whose husband has died, these widows do not have anyone to comfort them, except those who have suffered the same fate.

Living in acute poverty, these women are ostracised by societal stigmas, for their shadow too is considered bad omen. A global report on widows by the charity Loomba Foundation reports that there are over 46 million widows in India, making up for more than nine percent of the population in India.

As Cynthia Gorney, who visited Vrindavan and documented their lives, reports, “In the dim light, they moved like schools of fish, still hurrying together, pouting around street corners, a dozen here, two dozen there.”

These existential situations are driven by the patriarchy, for a man is permitted to remarry after the death of his wife and lead a normal life, but a woman isn’t. Stigmas of inauspiciousness lead to the society confining these widows into closed rooms, where the faded white of the wall acts as a mirror of what remains in their lives.

The government-run shelters of Vrindavan accommodate only 515 widows, a minute fraction of the number present there. Hence, a vast number of them end up living on streets, and singing bhajans for hours daily in areas assigned to them in the temples.

Holi and Diwali is still news

In most parts of the city, widows aren’t even allowed to participate in the celebrations during the festivals of Holi and Diwali. Over time, however, things have started to improve. In 2012, the Supreme Court of India questioned the work of agencies and the government not doing enough to reduce the sufferings and pain of widows of Vrindavan, on basis of a PIL filed by National Legal Services Authority Charity.

Sulabh International, one of India’s largest NGOs, stepped in. Bindeshwar Pathak, founder of the organisation, told us, “Initially, when I visited the widows, in order to sustain themselves, they would sing bhajans in local ashrams and earn Rs eight a day. And, mind you, it’s the second decade of the 21st Century in progress. After their death, the dead bodies of the widows were chopped, filled in a gunny bag and thrown into Yamuna. There were no arrangements made for cremation also.”

Sulabh, like other local and international organisations, are working towards helping the widows of Vrindavan. However, a lot more needs to be done. Patriarchy is deep rooted in the society; as long as women after their husband’s death are stigmatised, they will continue to suffer.