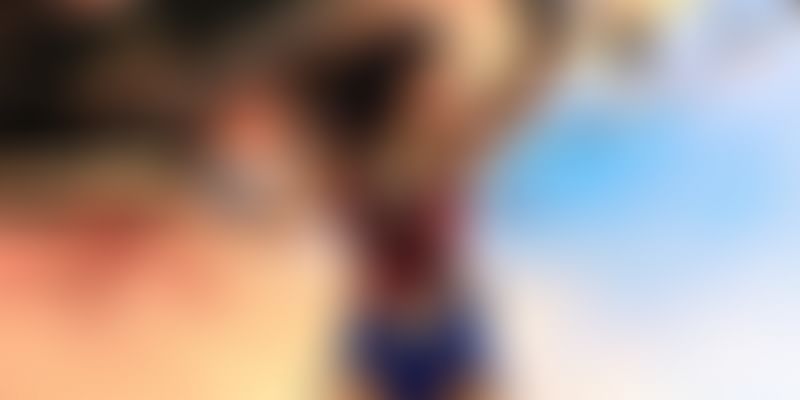 Women are so thrilled with Wonder Woman because it inverts four common tropes.

Wonder Woman is a blockbuster in all senses of the term—it has set the cash registers ringing and features a larger than life hero's magnificent journey. The only catch is that the hero is a woman. Cinema has always charted different journeys for the hero and the heroine. The hero fights the villains, avenges his people, and works towards a better world like Batman or Spiderman. The heroine faces adversity, finds safety and peace, like Cinderella or Snow White. This trope applies not just to comic superheroes or fairy tale characters but also to most films and television shows, with a few exceptions, of course.

Wonder Woman is one of the biggest films to feature a woman in a hero’s journey. She has not been thrown out of home by a cruel stepmother. She is not searching for her missing husband, brother, or child. Diana, Princess of Themyscira, who goes on to take the alter ego of Wonder Woman, has the noble purpose of defeating Ares, the God of War, and aspires for world peace.

The film has been applauded by women and most men. But there are many men who are underwhelmed by the fact that Wonder Woman, a fantasy movie like many others, is receiving such superlatives. There was also a big hue and cry when a Texas theatre had an only women screening of the movie with the movie hall’s social media pages erupting with accusations of reverse sexism.

For the men out there, who believe the movie deserves the brouhaha and brickbats, allow me to womansplain it to you.

In 1918, Princess Diana (Gal Gadot) grows up on an island of fierce Amazonian woman warriors called Themyscira. After American pilot Steve Trevor (Chris Pine) crashes nearby, Diana rescues him and her tribe gets to know of the raging world war I, which has killed and maimed millions. Diana’s mysterious origin and her journey to defeat Ares and stop the war form the crux of the story.

The story seems simple enough but the key to its acclaim is the woman director rather than the woman lead. In the able hands of director Patty Jenkins, the movie subverts most cinematic tropes.

In the idyllic island of Themyscira, women govern themselves and make their own laws. They do have disagreements and clashes and they are constantly training for an eventual war but Themyscira is a peaceful land. When Diana reaches London and walks into a war council filled with only men, the difference is stark. The viewer cannot help but wonder if a larger involvement of women in the political and bureaucratic class could help avoid choosing war as a response to conflict.

Most blockbuster movies have at least one shot of the male gaze following the female lead, panning her body as she is decked in a revealing outfit. In Wonder Woman, this trope is inverted, mostly for comic effect, but the end result is still powerful. Diana walks into the bath as Steve Trevor rises naked out of the water awkwardly, because let’s face it, there is just no way for a naked man to do that gracefully. Chris Pine mentioned in an interview how he empathises much more with women, now that he had to do a scene where he was mildly objectified.

Inverted trope 3—stay back, I will protect you

Heroes have always played the knight in shining armour, and saving the damsel in distress has been integral to his greatness. While many movies have moved away from the helpless woman characterisation, the woman is never little more than the romantic interest and the loyal sidekick. Catwoman in The Dark Knight Rises and Trinity in The Matrix are strong women, capable of taking care of themselves but they do not get more than 20 minutes of screen space in a 160-minute movie. Is it any wonder (pun intended) then that Wonder Woman is winning female fans everywhere?

I was having a chat with a colleague (male) about the movie and feminism, but the moment I described Chris Pine’s character as Wonder Woman’s sidekick, his hackles were raised. “He is not a sidekick,” he said defensively. But Chris’s character is far more gracious. Though he starts off with ‘stay back, I will protect you’ kind of gallant attitude, once he gets to know her superhuman powers, he has no qualms about letting her run into danger and even crouches on the ground, so that she can use his back to launch herself onto a tall building. In fact, once Diana starts caring for him, she tells him without even a trace of irony, “stay back, I will handle this,” and he does. It helps that Diana also saves his life a few times.

From Sylvester Stallone to Bruce Willis, from our own Rajinikanth and Amitabh Bachchan to the more recent Baahubali, heroes have thrived on adrenaline pumping hyper-masculine roles. So, the thrill of watching a woman running into a hail of bullets or throwing a truck is something that women have been deprived of. What is admirable is that she has not been stripped of her femininity. She coos over babies and gets emotional when she sees the suffering around her. The underlying message—just because she is badass, doesn’t mean she is an unfeeling soldier— comes through.

The tweet below probably explains what the movie means to women in one short sentence.

Wonder Woman has done for women what To Sir, with Love did for black people. In an era where segregation was common, and blacks were not allowed in white schools and restaurants, Sidney Poitier’s school teacher role wins the admiration and respect of his classroom of brats. To Sir, with Love might just be a good movie to a white person, but to a black person of that era, it was a realisation of his or her deepest needs—acceptance and respect. Wonder Woman has done for women what Brokeback Mountain did for the gay man. After growing up in a hetero-normative society, watching hundreds of movies with male-female romance, a straight person cannot understand what the movie with its same-sex leads symbolises to a gay person.

Similarly, it would be difficult for a man to understand what Wonder Woman means to women. So, if you are still annoyed with all the hoopla around the movie, don’t grudge women their time under the sun. You have hundreds of superheroes, we just got one.