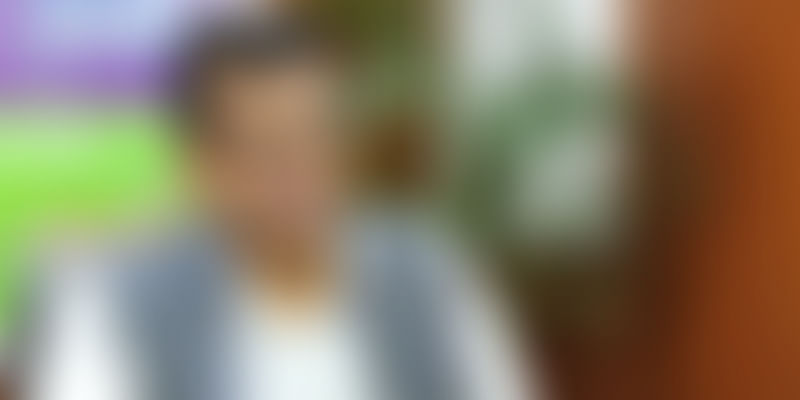 “If we are looking at close to a nine percent economic growth, it is important to change mindsets.” — Amitabh Kant, CEO, NITI Aayog

Amitabh Kant and the NITI Aayog have been working on the Atal Innovation Mission since early 2017 to create and propagate an entrepreneurial mindset in the country. The idea is to bring about this change in schools by exposing students to innovation—the result that Kant wants to see is “innovation for India, in India”.

“In India, it is becoming important and imperative to create a mindset that works towards making things from scratch. In the West, people have that already and are building drones and manufacturing setups and units. India’s challenges are different.”

Clean water, sanitation, scaling infrastructure— these problems are very different from those of the developed world and require solutions that take into account the unique demands and challenges that the country faces.

“With the Atal Tinkering Labs, we want to ensure that the idea to build something arises from a younger age and right in schools,” he adds.

With the Atal Innovation Mission, Kant and the team at NITI Aayog are focused on changing an age-old mindset from ‘getting the right job,’ to ‘creating the right job.’ Citing the example of Ola and Uber, he points out how these organisations have not created employment but have created young entrepreneurs, who in turn create jobs.

The main aim of the Tinkering labs is to ensure that students and children learn the joy of experimentation and learning. NITI Aayog is also funding incubation centres, besides providing mentorship to students, young entrepreneurs and small businesses.

Kant believes that by bringing together entrepreneurs and having them, among others, mentor students, there will emerge a much stronger ecosystem that fosters entrepreneurship across the country.