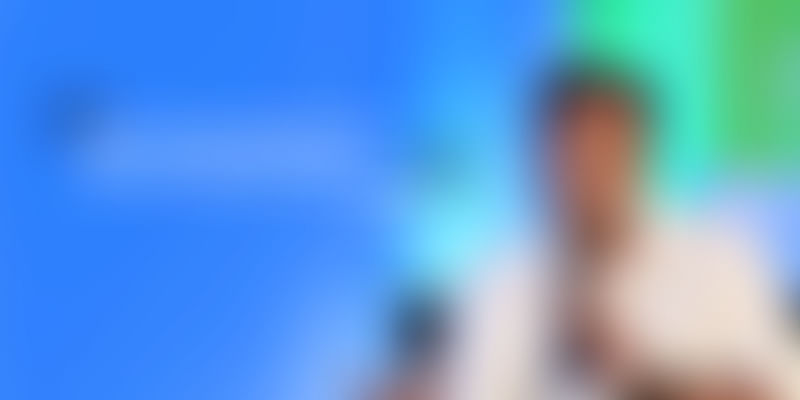 YourStory recently partnered with Ola for an Open-Sourced Masterclass series where former US chief data scientist DJ Patil spoke to Shradha Sharma, Founder and Chief Editor of YourStory. Here are some of the highlights from the event.

About a year ago, Ola started an internal series called Ola Masterclass to learn from the legends who have succeeded in different spheres. Past speakers have included Ratan Tata, Vinod Dham, and Arun Sarin, all at closed-door events. This was the first time Ola had taken their Masterclass series public, said Anand Subramanian, Senior Director, Marketing Communications at Ola.

DJ Patil, regarded as one of the most influential data scientists in the world and credited with coining the term ‘data scientist’, was in the limelight this time around. In 2012, he co-authored a paper titled “Data scientist, the sexiest job of the 21st century.”

Ankit Bhati, Co-founder and CTO of Ola, recalled the first time he and Bhavish Aggarwal (CEO and Co-founder, Ola) met DJ Patil, about five years ago. They had entered the meeting, excited and nervous, expecting DJ to start off with the core fundamentals of data science and focus solely on that. They encountered something completely unexpected,

What surprised me the most was DJ’s ability to seamlessly weave in and out of customer experiences, data science, and business objectives.

Ankit further recounted that the interaction created the foundation of how they had envisioned data science at Ola. He realised how important data science was even at an early stage and how it could help a startup like Ola grow from where they were to where they aimed to be in the future. He said,

DJ has always been a mentor for us for almost five years. Under his mentorship and leadership we have been able to create a great data science team, which is not just the best in India but at a global level as well.

India, the cradle of data science?

Talking to DJ Patil on stage, Shradha pointed out that DJ represented hope—he exemplified what a person or an Indian could achieve. On his part, DJ said that we had to think deeper over how and where some of the world’s greatest innovations had come from. He said,

If we think about where data science originated, we should look back to ancient times here in India...People back then had begun to calculate things about planets and stars. The deep understanding of mathematics also led to the concept of zero. So, in many ways, India is the cradle of data science.

Talking about Ola, DJ remarked that he was happy to see the ride-hailing and transportation company embody data science in a unique way. He said,

Ola is what happens when you give people the opportunity to really leverage the heart, brains and skills of an organisation and apply it with maximum power. That is when we see data being unleashed.

He added that there is a big need to establish that the real force behind data are people and not computers. DJ believes that people will leverage the power of data and sees a bright future for India in this regard. Because of its history DJ believes that India has that rightful place. He remarked, “We just need to figure out how to align skills and passion with opportunity. That happens through entrepreneurship.”

From mountains of Utah to working in data science

While he was born in India, DJ Patil spent most of his childhood in the mountains of Utah in the US. His father Suhas Patil, a professor at a university, moved to the States when he was very young. Recounting his childhood, DJ narrated that he had a great set of friends and even got his name from them. While his first name is actually Dhanurjay, his friends renamed him DJ because they found it difficult to pronounce.

My father is a phenomenal scientist and mathematician. So, it was with great pain that he saw me flunk many of my math classes…I was the non-student. Got into a lot of trouble. I got kicked out of the math class, was suspended in my first year in high school, and also got arrested.

When he moved to college, DJ decided to take the same classes as his girlfriend and hence ended up in a calculus class. All the abbreviations and functions he came across in the class confused him. He recalled,

It was a great seminal moment for me. I realised that I was never going to understand this material unless I changed my approach.

So, DJ went to a local library to teach himself all the math that he was missing. He realised that if he had done this sooner, school life would have been much easier.

When he went to the University of California in San Diego, he took every math class that he could. DJ spent a lot of time with data—“everything from the sardine population to math patterns”.

Later, DJ went to the University of Maryland where he spent a lot of time studying math on his own. He became deeply interested in chaos theory and how a butterfly flapping its wings could create a storm around the world. DJ had a bad first year, but was able to do much better in the following years. He said,

I specialised in chaos theory with the guy who actually coined the term. Have been doing data science ever since.

The power of love and interdisciplinary studies

He then narrated how subjects like theatre and psychology that he took up in college actually had a huge impact on him:

As a technologist one of the most important things you can do is invest your time in the humanities. Because, who are you building for? How do you appreciate a problem without a deep understanding of humanities? How do you make a decision if you can’t discuss ethical implications?

Based on his personal experience, DJ believes that literature and art can teach us to tap into these questions in the most central way. This, combined with the power of technology and a good team, leads to effective solutions. He added,

We generally never get to be anywhere without a team. I was lucky and fortunate to have great people who trained me and later on also worked as a part of my team…

While he was working at LinkedIn, DJ recalled that while the major tech giants generally see each as competitors, some of them would actually meet informally to discuss and exchange notes on what was working and what wasn’t. They actually had a ‘data drinking email list’ to help them co-ordinate their meetups. Jeff Hammerbacher, who led data science at Facebook, was also a part of the group.

During one such meeting, DJ and Jeff discussed how the human resources department was generally annoyed with them for having job titles that varied from Research Scientist and Statistician to Analysts. There was a big need for one simple, standout job title.

DJ reasoned that ‘analyst’ was too Wall Street, ‘research scientist’ was too academic, while ‘statistician’ and ‘economist’ were also not accurate. They generally avoided these terminologies while posting openings on LinkedIn job boards. “We didn’t post anything as statistician or economist. That would have led to a world war in academics,” he laughed.

So, based on their need and the process of elimination they ended up with the term, ‘data scientist’. DJ commented,

We were not trying to craft something novel or re-label something. We were just trying to get HR off our backs.

But the term data scientist took off and worked wonders.

Who should generally be at the table when a company hosts an important meeting? While the answer varies from company to company, in most cases it is the product managers, CXOs or directors. DJ joked,

What if you had a job title which made people go, ‘What the hell does that mean?’ Data scientist was that kind of title!

DJ noted that we live in a world where we love to put people in boxes. Because of these boxes, we cannot imagine what they could actually do. We relegate them to titles. He remarked, “If you were a business analyst, you were always in the back office. Never allowed to move to the front office during meetings.”

But, since the arrival of ‘data scientist’, DJ believes that the scenario has changed. After some data scientists started attending important meetings and providing feasible solutions, people started to take notice. With data scientists spending time focussing on diverse topics ranging from design to product principles, they generally provide a unique perspective that some CXOs might miss because of their singular approach and exposure.

DJ mentioned that now, a lot more companies are open to having a diverse mix of people sit for important meetings and share their views. As a community, they channel a different approach to solutions. Talking about the journey, he said,

We went from getting HR off our backs to the (then) US president (Obama) saying forever on in the history of America that there must be a chief data scientist. The time span for that change was less than 10 years.