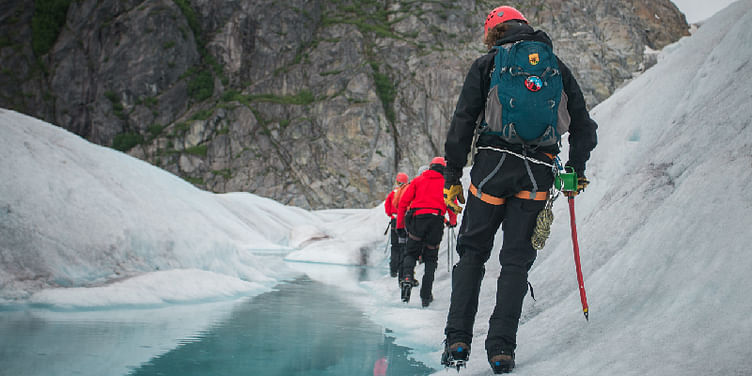 YS Research finds that while fintech and e-commerce continue to lead, quite a few other sectors are making their mark when it comes to raising funding.

If 2015 was the year of the rise and fall of foodtech, 2016 was the year when fintech made its way into the spotlight and, especially post-demonetisation, has stayed put, well into 2017. And as data from YS Research shows, in the last six months, startups in the financial technology space have even managed to surpass even the most glamorous of all sectors, e-commerce, in terms of funding raised.

(Note: We have not included US-based Amazon’s recent $2 billion investment into its Indian subsidiary, Amazon India. Fashion portals like Wooplr, Seenit, Summer Label, Zapyle, and StalkBuyLove are part of the e-commerce list. Together fashion companies have raised more than $50 million in H1 2017, but even including that, the gap between fintech and e-commerce remains wide.)

Angel investor and start up mentor Mohandas Pai says: “Sectors like e-commerce consume a lot of capital. They have to lose money to dominate the market, so they need capital in hundreds of millions. But the number of deals in e-commerce is fewer, as (it is) with larger-sized deals. Money involved in Series A, B, and C will depend on the maturity of the startup.”

A distant third in line is cleantech, which raked in almost $700 million, the bulk of which went to wind energy company ReNew Power which raised about $690 million across three rounds. igrenEnergi Inc and ION Energy raised undisclosed amounts in their seed rounds.

The sector, however, seems to have great potential, with India and China having beaten the US in attracting investment into the sector, according to a recent EY report. Oil and gas conglomerate Shell has also announced that its VC arm will now be investing in the sector.

Transportation and tourism are fourth and fifth in line, respectively. Having raised more than $400 million, cab aggregator Ola led the list of transportation companies that raised funding, while MakeMyTrip was at the top in the tourism sector, with $330 million.

At number seven, the logistics sector got together just $250 million, a major decline from $680 million last year. Delhivery’s $100 million Series E round accounted for the biggest chunk, followed by Blackbuck with $70 million, Rivigo with $15 million, Let’s Transport with $4 million and Blowhorn for $3.7 million.

Rising from the ashes?

Foodtech seems to have got a new lease of life – it managed to raise $217 million across 32 deals, tripling from $71 million from 24 deals in H1 2016. Among the prominent ones were the $80 million in Series E that food delivery service Swiggy raised, the $25 million in ID Fresh, $20 million in Zomato, $10 million each in Milk Mantra and Licious, $6.8 million in Wow!Momo, $6.3 million in Faasos, $5 million in HolaChef and $1 million in debt for Box8.

The term foodtech is a misnomer, though; it could denote anything from freshly prepared food and snacks to mere delivery, or just readymade food. Many investors have burnt their fingers in the sector where revenue models have been flawed and operations, not to mention starting up, is expensive. After a string of foodtech startup funerals in late 2015 and 2016, the survivors have matured and are now landing late-stage funding now – Foodpanda is one example.

Also read: Finally, startups get a healthy dose of ‘vitamins’ B and C in 2017

Startups using artificial intelligence (AI) and machine learning (ML) are already hot, and are bound to get hotter. Very soon, it may not be an e-commerce platform that gets funding easily, but one which, say, can use data from all e-commerce sites and use AI for gaining insights.

Mohandas Pai adds: “There are three categories of companies with tech: Saas, networking, etc. make up the first one; companies which sell tech like Microsoft and Oracle come second; third is where tech leads the front-end like in Flipkart. It is just a tech portal for retail, with the same backend processes as an offline store.”

Agritech, which raised a negligible amount in 2016, has already raised $24 million this year. Real estate too saw some noise around funding despite the acquisition of its most notorious player, Housing. The biggest rounds were raised by PropTiger ($55million), SquareYard ($10 million), and MagicBricks ($4.48 million). Co-working space provider Awfis created the most buzz over the last six months, snapping up $20 million in Series B from Sequoia Capital.

These players are all thriving on business model rather than tech, as they are tech-enabled and do not offer tech as a major service the way a Freshworks does. Clearly, the fundamentals of a sector matter more than the sector itself—at least that is the most obvious trend that seems to have emerged from the funding decisions from the last six months.

Also read: Big startups gobble up little ones, but where are the big IPOs?