Accelerator on AI, cars set to vroom into the future 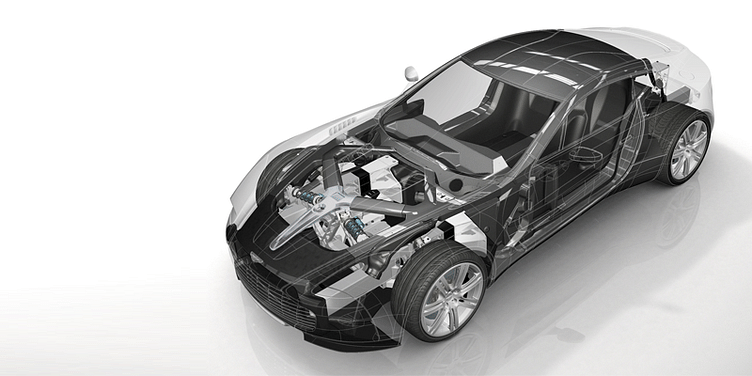 Collaboration between carmakers, automobile OEMs and tech companies critical as market will be driven by shared mobility, connectivity services and feature upgrades.

Deep in the hilly suburb of Renningen, Stuttgart, engineers at Bosch’s new R&D facility are hard at work. They’re stress-testing sensors that will be installed in next year’s production line of smart cars.

These sensors—designed to make the car “understand” patterns that can make driving safe and reduce emissions—are among the numerous things that herald the arrival of AI in cars.

Sci-fi writers have been dreaming of a world with self-driving cars since the 1930s but it’s in the last decade that researchers have stepped on the gas.

Google’s autonomous cars and Tesla’s semi-autonomous cars are driving on city streets today. And over the next few years, advances in technology, artificial intelligence, sensors, cameras, radar and data analytics will transform the way we drive and own cars.

It’s apparent at the Bosch facility where the engineers are focusing on sensors that work on an automotive grade telematics unit and engine/battery management system.

This sector is dominated by a handful of companies, including Bosch, Continental, Delphi and Denso.

All of them readying for the day when they will need to tie up with any hardware or service provider and perhaps end longstanding partnerships with automobile companies such as General Motors, Ford, Toyota and Honda.

For slowly but surely, automobile original equipment makers (OEMs) will need to use data to survive in the era of data sharing.

Enter top tech firms such as Apple, Google and Samsung.

Dr Rolf Bulander, Chairman of Mobility at Bosch GmbH, says, “Bosch will enable any service provider, like Apple, Amazon, Microsoft or SAP, to build applications on top of our cloud architecture.” He adds that the future—an era of sharing data—will necessitate the convergence of sensors.

No wonder Tesla, which understands every customer, has a larger market capitalisation than General Motors today. Teslais not dependent on a dealer ecosystem for data mining and upgrading software in cars.

Bosch and Continental will stay in the picture because the car will need mechanical parts like electric drive trains, controllers and shock absorbers.

Elmart Dagenhart, the CEO of Continental, says manufacturing a car or transport solution is not as simple as making a mobile device.

“From tyres and car connectivity to infrastructure and reducing emissions, there needs to be an end-to-end solution and automotive software will be at the cutting-edge for service providers,” he says.

However, not many startups—apart from Tesla—have proved to be commercially viable. The American automaker raised close to a $1 billion to create a market for electric cars. With its new Model 3, Teslahopes to become a global powerhouse for mass-produced cars.

The way ahead: Collaboration

Daimler CIO Jan Brecht believes that being “contextually aware is the future.”

Contextual awareness means that vehicles will be able to work with cities and retail companies to serve the driver. It includes everything from platooning cars during emergencies to being aware of services used by the owner of the car.

This technology will require the clouds of governments, car companies and retailers, making it a collaborative business model with multiple IT players needed to integrate all these services.

Daimler is currently working with Bosch to bring out the first autonomous car in Germany by the early part of the next decade.

Bosch showcased to YourStory AI-based technology based on LIDAR, radar, mono-camera and ultra-sonic waves that will help acar be aware of its surroundings. Once the vision is sorted, the vehicle will be able to pull out data about locations and help car owners curate services or curate them based on the person’s behavior.

VW has tied up with LG to build acontextually aware business while BMW has joined hands with Intel and Mobileye, a company working on computer vision and driver assistance systems, to build automated cars by 2021.

Meanwhile, in the heart of Manhattan, New York, an Indian startup has been experimenting with the future of mobility for 18 months.

Savari Networks, which builds software and hardware sensor solutions for OEM automotive car manufacturers and the automotive aftermarket, has retrofitted cars with a device that communicates with communications infrastructure that pulls data from the city.

So a taxi can tell that cars are lining up on the road ahead, begin to look for alternate routes and check for vehicles emerging from blind corners.

Savari, which aims to make transportation "predictive, safer and more efficient”, is a major supplier to international test beds to connect cars and cities. It has also helped implement smart city programs in Miami and Shanghai.

Saighiridhar V, VP of Engineering at Savari Networks, says: “There will be many communication standards across the world and the opportunity to build smarter cities with car manufacturers is a big business.”

Saighiridhar, whose company has collected data of 15 million miles driven on smart cars, says the world is “truly collaborative” and business models are “going to change forever”.

Almost every carmaker, be it Renault, Nissan, Toyota or General Motors, is reinventing and reinforcing their software prowess to ward off any takeover of mobility solutions by Apple or Google.

For OEMs, such as Bosch and Continental among others, the right investments may help keep data in control. But they may veer towards partnerships with device manufacturers in the coming years if automobile companies don't catch up with new business models.

According to aMcKinsey report, "Automotive revolution–Perspective towards 2030", driven by “shared mobility, connectivity services, and feature upgrades, new business models could expand automotive revenue pools by 30 per cent, adding up to $1.5 trillion”.

The report adds that the automotive revenue pool will significantly increase and diversify towards on-demand mobility services and data-driven services. This could create up to $1.5 trillion (30 per cent more) in additional revenue potential in 2030, compared to $5.2 trillion from traditional car sales and aftermarket products/services (up from $3.5 trillion in 2015).

Together, these revenues could accelerate the annual automotive industry growth to 4.4 per cent, up from the approximate 3.6 per cent from 2010 to 2015.

Connectivity, and later autonomous technology, will “increasingly allow the car to become a platform for drivers and passengers to use their transit time for personal activities, which could include the use of novel forms of media and services”.

The report goes on to state that the increasing speed of innovation, especially in software-based systems, will require cars to be upgradable.

“As shared mobility solutions (i.e., car sharing or e-hailing) with shorter lifecycles will become more common, consumers will be constantly aware of technological advances, which will further increase demand for upgradability in privately used cars as well,” the report says.

That’s what will make tech companies like Apple or Google take a bigger bet on cars.

The future of mobility

Apple’s CarPlay, which seamlessly integrates Siri and iPhone apps with the car's dashboard, is already available in over 200 car models. Android Auto, Google's solution to connect the smartphone to cars, promises to minimise distraction so you can focus on the road.

But there’s a catch–the firewall between the car’s operational data and entertainment data.

This is where OEMs have an edge today. Technologies like 3D printing and robotics will let device companies use component manufacturers, such as Bosch and Continental, make automotive parts and launch cars as a “product play”.

Tesla, which adopted this strategy, is on the verge of becoming a mass manufacturer of vehicles and vehicle solutions.

Markus Heyn, member of the board at Bosch GmbH, says: “Everyone is experimenting on the future of mobility and consumers are demanding connected experiences.” He adds that Bosch is ready for the growth of electric vehicles in the next decade.

The battle of fuel cars versus electric vehicles is clearly in favour of the latter, but time will tell what course the battle of automobile OEMs and tech companies takes.

A shift in consumer behaviour

The McKinsey report believes that changing consumer behaviour means one out of 10 cars sold in 2030 could potentially be a shared vehicle, leading to the rise of a market for fit-for-purpose mobility solutions.

“Individuals increasingly use multiple modes of transportation to complete their journey, and goods and services are increasingly delivered to (rather than fetched by) consumers. As a result, the traditional business model of car sales will be complemented by a range of diverse on-demand mobility solutions, especially in dense urban environments that proactively discourage private car use,” the report says.

The signs can already be seen.

In the United States, the number of young people (16 to 24 years) who hold driver’s licences dropped from 76 percent in 2000 to 71 per cent in 2013. The number of car-sharing people in North America and Germany has grown by more than 30 per cent annually over the last five years.

Consumers, who now use their cars as all-purpose vehicles, may in the future “want the flexibility to choose the best solution for a specific purpose, on demand and via their smartphones”.

It may seem a far-fetched dream for India, but the convergence of technology-driven trends could transform the auto industry in the next decade or so. High time car manufacturers in India set out on this road!