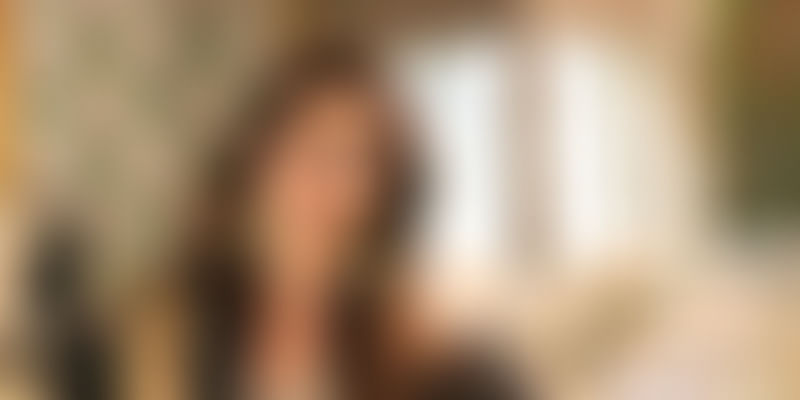 Neety Singh has been designing her own gold jewellery line over the past eight years.

Entrepreneurs are often categorised into two types. First, who enter the business with cleverly devised strategies and a thorough knowledge of the sector and their competitors. Second, who come in for passion—they seldom care about numbers but want to present to the world what they hold close to their heart.

Neety Singh belongs to the second category. When she started up in designer gold jewellery, she knew it was among the most saturated markets in India. India gold jewellery market was worth $46 billion in 2015, and is expected to be $60 billion by 2020, and is ruled by groups like Tata/Tanishq, Kalyan, Malabar Gold, TBZ etc. and online players like BlueStone.

Yet, women who adore the yellow metal can always make room for newer styles. Prices are secondary; versatile designs always come first. With Twinkle Khanna, Sania Mirza and other well-known HNIs as her clientele, Neety has established herself among the best in the craft. Her journey as an entrepreneur is as interesting as her designs—unique, and brimming with passion.

Neety was born to an Indian Air Force officer. Shifting base with her father’s postings, Neety has lived in various cities throughout her childhood, experienced multiple cultures and gained intellectual stimulation from such diversity.

“The lessons I learned from my parents have been the greatest value addition to my work,” she says. Now in her 40s, Neety thanks her parents for teaching her to respect every culture and person. “All my creations are inspired by different cultures,” she adds.

After graduating from Miranda House in Delhi, Neety worked with an international airline for more than 10 years. Travelling the world was an enriching experience. It gave her an understanding of a world-wide audience. “I looked at India and the rest of the world as one. My travel and exposure to cultures come in very handy when I travel with jewellery exhibitions internationally,” she says.

Jewellery designing was not a career option but more of a passion and a cherished hobby. It started eight years back, by putting together a small collection of 40 pieces. At a show overseas, everything was sold out in four hours, and it gave her confidence.

“I do not come from a family of entrepreneurs. My husband Jasdeep works in corporate. So, I started with a small collection put together by our savings. With limited funds, you eliminate the choice of failing,” she says.

But she had no formal studio during the initial days. “However, my interest in jewellery and informal designing experience provided the necessary base of kaarigars and clients,” Neety recollects.

Later, Neety undertook training at various institutes in Amsterdam, Delhi, and Mumbai, including the Gemmological Institute of America (GIA).

“But I don’t really attribute my design sensibilities to these training. They just honed me technically, which is also very important. Training can only give you certificates. You have to be inclined and creative enough to pull it off,” she adds.

Focus on passion, not business

Neety did not begin with any strategy in mind. For her, one thing led to another. She says that she still doesn't look at work as a business alone, and hence does not feel the pressure of it.

“I am a practical person and know this is an industry run by generations of jewellers. I compete only with myself. I learn every day from every client and interaction,” she says.

A one-woman army, Neety is actively involved in the production process of her pieces from their mining, to manufacturing, to designing and finally retail. Now based in Gurgaon, she often conducts two to three shows across London, Singapore, and New York. Her customers are urban women from 25 to 70 years of age who want niche products.

One size does not fit all

Neety’s journey as a jewellery designer started from designing trinkets for friends and family. Even now, after all these years, individuality is a factor which she does not compromise on. She customises designs to suit the needs of her patrons. Although she does not have a physical store, she has a home-based studio where she meets her clients on appointments. Orders are also placed via Neety Singh Jewellery website ad Facebook page.

“Each piece I design has an element of ‘me’ in it. Unless the piece is good enough for me to wear it, I will not give it to a client. I have also found acceptance in the international markets as a result of the ethos I create between the East and the West with my designs,” she says.

Earrings and neck pieces are most popular among Neety’s designs. She makes statement pieces of jewellery, and believes that instead of wearing multiple pieces one should wear jewellery according to one’s personality which makes heads turn.

Profit is the way

Neety Singh Jewellery’s average ticket size is between Rs 2 lakh and Rs 4 lakh, although it begins from above Rs 1 lakh. Neety claims that she has been profitable since day one.

However, there is no complacency. “I believe that nothing that is easily achievable is ever worth achieving. I started with nothing other than my flair and love for jewellery designing. Being a woman in this male-dominated business was really challenging. However, staying strong and focused and working hard are the key ingredients for success,” she says.

Mother of twin boys, Neety says women can easily balance work life and personal life since they are habituated to multitasking. Despite her busy schedule, she ensures to be a part of her children’s lives. She is confident about the path she has paved for herself. Although organised jewellers are expected to own 40% market share in India’s gold jewellery as per a recent report by World Gold Council, customisation shall ensure a strong game for designers like Neety.