From trash to treasure: This Mumbai startup recycles waste and transforms lives for the better 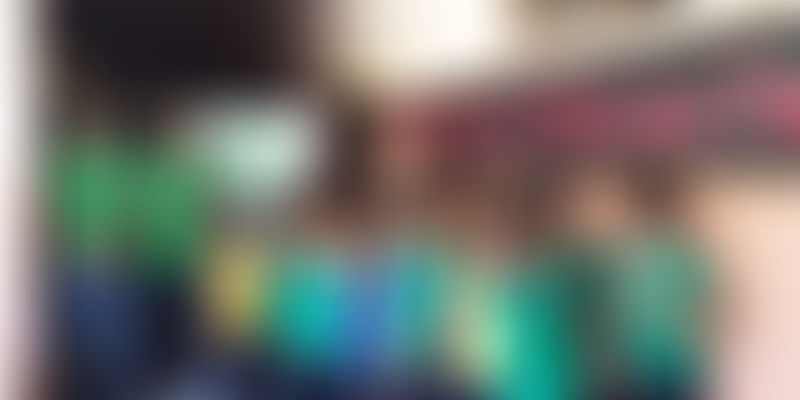 Ever wondered what happens to the trash that is picked up from your house? Does it make its way to a landfill,, or do parts of it get dumped into some water body?

The current motto of Swachh Bharat notwithstanding, India remains one of the top ten waste-generating countries in the world. With a daily output of over 70k million tonnes of all kinds of garbage, India is also one of the lowest-ranking countries in terms of recycling.

Waste management remains one of the major issues that India is facing. That is exactly why Recycle Impact - the world's first recycling based crowdfunding platform which is working to combat this problem- won the Tissot Signature Innovators Club Award for June 2017.

All it takes is an idea

Founded by Neeraj Shetty and Shankrith Narayan, the Mumbai-based startup ensures that waste is properly recycled, and the funds generated by recycling scrap are utilised for a meaningful social impact cause. Neeraj says, “The idea struck me when I was working for a college campaign. We collected various types of recyclable scrap in college like papers, books, plastics, metals, newspapers, and cartons for three whole days, and got Rs 5,340 from all the waste we recycled. This money was used to buy books, goodies, bats and footballs for a bunch of underprivileged kids who lived in an ashram attached to our college.”

Neeraj met Shankrith at another startup where they were colleagues. Shankrith expressed an interest in the idea, and the duo finally launched the startup in 2015. “In the first three months, Shankrith and I personally picked up recyclable trash from more than a 1,000 households in Powai. People laughed at us, but we learnt so much about a recycler's pain points. It was certainly a very humbling experience which we used to improve our company,” adds Neeraj.

It has been an exceptional ride

The startup, which has been bootstrapped since its inception in 2015, is aiming at organising the sector and empowering the local recyclers in the process. Explains Neeraj, “Our revenue model works like any other online crowdfunding companies - out-take fee. But what differentiates us is that we don’t ask for cash. And secondly, we don’t take any margin from the intended goal amount of the NGOs. Instead, we raise a little more than their required amount so that even they can complete their social impact cause easily. Thus, it’s a win-win for everybody.”

Every startup goes through highs and lows, and it has been the same with Recycle Impact. Neeraj says, “Of course, we have had many challenges and failures. People told me that this idea was difficult to implement and execute. We were asked, ‘What’s your U.S. equivalent?’ I had no answer to this, since our model wasn’t copied from anywhere. But we continued our journey, since we believed in ourselves. We are just happy that our work has a positive impact on society. Not everyone can get that kind of satisfaction from their jobs.”

In November last year, Recycle Impact was one of four startups from India to be a part of a Make-in-India/ Startup India event in Berlin to showcase the top startups from each country. The event was held in association with the Bundesverband Deutsche Startups (German Startup Association). The company also won the United Nation's SEED Awards for Entrepreneurs in Sustainable Development in 2016, and were named as one of the top 10 eco-inclusive waste management firms globally. This award is usually given to organisations working on sustainable development and locally-driven entrepreneurs around the globe who integrate social and environmental benefits into their business model.

The impact has been phenomenal

Recycle Impact is working for the benefit of people at the grassroots level. According to Neeraj, there are plenty of hardworking but cash-strapped NGOs doing good work, but we don’t hear about them, because they don’t have huge marketing budgets. “Through our portal, organisations can raise funds easily and continue to do their work and bring about social impact. In the entire recycling ecosystem in India, the local-recycler is the most hardworking yet the most neglected element. We have included them in our system, which gives them more pick-ups and inventories to increase their daily income. If people are motivated to recycle more, we can bring about massive change,” he adds.

The startup has now developed an Android app for local recyclers, through which a customer can recycle scrap material (like paper, cartons, plastic, metals, glass and electronics), get to know the exact amount generated by recycling the scrap, and donate the same to crowdfund a social cause of their choice. Also linked with the mobile app is a live crowdfunding link on the website, which ensures that the entire process is very transparent.

According to Neeraj, each house generates only around Rs.150-200 worth of recyclable waste every month. But when thousands of people come together to donate that amount for a social impact cause, the collective sum is significant.

“Through our impact campaigns we have managed to undertake the education of 60 underprivileged children for a year, provided a computer in a rural Zilla Parishad School that had none, enabled a widow to become a micro-entrepreneur and we’re now helping HIV/AIDS infected kids through a nutrition campaign. If we have to put it in numbers, our recycling efforts have saved: 360,000 gallons of water, 215 cubic yard of landfill space, 126 barrels of oil, 96300 kW of energy and 884 full grown trees,” he said.

Their main customers are households and building complexes, though they also operate in schools and colleges. In future, they’re looking to add corporate, offices, hotels and industrial estates onto their list. Neeraj notes, “In the last academic year, we were in seven schools and taught more than 1,000 students about waste management, recycling and involved them in our impact campaigns too. This academic year, we have tied up with more than 40 schools, and hope to reach more than 10,000 students.”

Changing things, one step at a time

Asked what the Tissot win means for him, and an ecstatic Neeraj says, “It feels amazing! I can’t really put it into words.”

Both he and Shankrith believe that the government alone cannot do everything. If we want to save the environment, each of us will have to step up and do something about it. “I remember my tenth grade teacher telling me this - ‘The greatest threat to our planet is the belief that someone else will save it’, and this has stayed in my head since. We can bring about massive change only when individual citizens, groups, NGOs, resident welfare associations, startups, corporates and MNCs come together and work in unison,” Neeraj signs off.