For a century now, Baidyanath has been keeping Ayurveda’s legacy alive 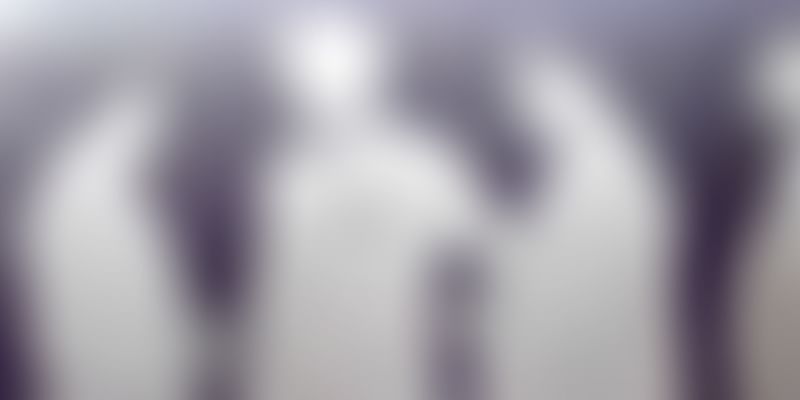 Founded in the middle of India’s Independence struggle, Baidyanath now has 11 manufacturing facilities, 7,00,000 stores, 5,500 franchisees and $100 million in sales.

It was a busy day at the then 25-year-old Baidyanath factory in Kolkata and office work was on in full swing. But Pandit Ram Dayal Joshi, the owner, was livid. It was August 8, 1942, and Ram Dayal was wondering why his workers were in office while everyone else was participating in the Quit India movement.

The 3,500 sq ft factory in Kolkata doubled up as both office and residence for Ram Dayal Joshi. In the 1930s and 40s, it also functioned as a safe house for several freedom fighters.

Seventy-one years later, when Ameev Sharma, Ram Dayal’s grandson, called the team in Kolkata in August to get a few details, he realised it was a holiday. August 8 went on to be observed as a holiday at the Baidyanath factory till 2013.

Recollecting his family history, Ameev, who finished his MBA at INSEAD and has worked as a consultant, says,

“Everything that we had was foreign-made and produced, including our medicines. Everything Indian was perishing and dying. The British were also defaming Indian products and medicines. Traditional Ayurvedic medicines were being taken over by western medicines. It was looking at this that Pandit Ram Dayal Joshi, a practitioner of Ayurveda, decided to keep the science alive by starting Baidyanath.”

Kolkata, in 1917, was the seat of the British Raj and the nationalist movement. However, starting from Kolkata was a handicap in many ways because Bengal wasn’t a large Ayurvedic market. But Baidyanath soon expanded to Patna, Nagpur and Jhansi. And never looked back.

The world of Ayurveda

The Ayurveda system of medicine, which dates back to 5,000 years, is still extremely relevant.

Being a consumer of Ayurvedic medicine himself, Ameev believes that in the right dosages with the right materials and right products, Ayurveda can be extremely effective. But getting the right combination of raw materials to make the medicine is difficult.

As of 1990 there were around 100,000 Ayurvedic doctors in the country; this number remains unchanged till now. This despite the fact that the population has grown, and the number of Ayurveda users has increased. However, the doctors just aren’t there.

“You need Ayurvedic doctors at every step – manufacturing, getting the raw materials, mixing, and research and development. There aren’t many left, and this makes the whole process difficult. The essence of Ayurveda as a robust healthcare system is slowly being lost,” Ameev says.

Also read: How the Swadeshi movement led to the birth of Parle G biscuits from a cattle shed

Challenges of the business

Many of the classical herbal medicines are difficult to understand. The only way to make these medicines is through expertise.

Ameev says the biggest challenge is in their decision to stay true to the core of Ayurveda and still progress.

Ameev claims the science is widely practised across the world. However, the overall availability of many herbs and plants has drastically reduced, leading to problems.

To combat this, the team is closely working with several doctors and researchers to ensure that there are different alternatives to a few ingredients that make the medicine. These alternatives have the same effect, but there’s one difference: they’re easily available.

“We have a competitive advantage in the country. We have suppliers across India and we have been working with them for decades now. We pay a premium for quality,” Ameev says.

But being an Ayurvedic company that wants to propagate Ayurveda, the team believes that regulation around Ayurveda needs to be stronger.“We are one of the few industries who ask for higher regulations. Smaller players come in and sell sub-standard product and spoil the name of the industry,” Ameev says.

The Baidyanath team claims to have $100 million in sales across classical herbal medicines, over-the-counter (OTC) lifestyle-oriented patented medicines for skin, hair and digestion, FMCG products like personal care, and food products like soaps, shampoos and juices.

Baidyanath says they have a gross margin of over 70 percent and 10,000 distributors. The retail footprint comprises over 7,00,000 stores, 5,500 franchisees, 11 manufacturing facilities and exports to over 35 countries.

The company offers over 700 products, and has in-house R&D setup with over 50 Ayurvedic doctors and over 1,100 employees across sales, distribution, manufacturing and administration.

After witnessing the dotcom boom in the US in 1998, Baidyanath also launched an Ayurvedic and natural wellness platform, Allayurveda. This today has over 35 vendors, 100 consultants and 2,500 listed products. Baidyanath has also started Kabiba. The idea is to start Ayurvedic stores across India, and the pilot project started in Mumbai.

What’s next for Baidyanath?

According to a recently released TechSci Research report, India’s Ayurvedic products market is projected to register a compound annual growth rate (CAGR) of 16 percent during the period 2016-2021.

The government, along with AYUSH ministry, has opened a number of AYUSH institutes and AYUSH yoga institutes in various parts of the country, positively influencing the market.

Some of the major players in the market include Dabur, Himalaya Drug Company, Patanjali and others.

But Baidyanath continues to stand tall.

“We will continue with different endeavours to propagate Ayurveda, because we feel it is our responsibility to push forth this ancient science,” signs off Ameev.