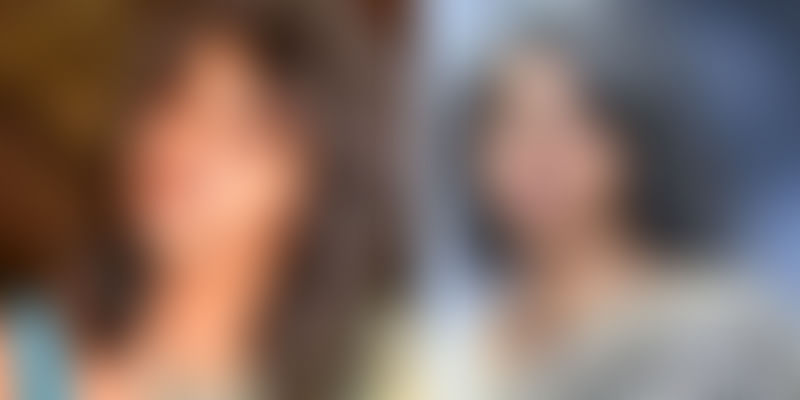 It’s been a long & worthwhile journey for CEO Nandita Abraham. Apart from multiple initiatives centred on students and operations, she has fronted a collaboration with FDCI and a Fashion Lab in Tihar Jail.

Since childhood, she’s been an insatiable explorer and learner, in equal parts.

Nandita Abraham knew that to be able to walk the talk, her comfort zone could never feature in the equation. From changing six schools as a child and thriving on the uncertainty to changing the way Pearl Academy interacts with its students, audiences and peers through a series of calculated risks, the CEO of one of the top fashion and design education colleges in India has enjoyed every curveball life threw at her.

Living on the edge

“One thing I learned was not to fear the unknown. I used to cry copiously when I left a school, but being able to bounce back each time made me realise that the world is made up of good people and everything falls into place!” she says.

During her master’s degree programme in Product Development in Philadelphia, she decided to earn her keep and moved in with a family to look after their two-week-old, cook and clean in exchange for food, accommodation and some pocket money.

After the hustle, she moved to Delhi for an Apparel Marketing and Management course at NIFT and began her career creating and later heading a product development and design team in the US.

Soon after, she was introduced by the owners of her company to Arvind Mills, where the management posted her to Hong Kong to initiate a marketing operation in the East. Her work entailed research, cold calling, presentations, initiating business contracts and setting up operations, all of which she accomplished while pregnant. She eventually returned to India and worked with Arvind Mills as Branch Manager, Sales & Marketing, North India.

“Climbing the corporate ladder can be planned, but I would say focus on being the best you can be for your organisation and work towards fulfilling its mission. The magic that will happen is beyond any planning. Be willing to take risks, work extra hours and walk that extra mile in whatever you do,” she says.

Nandita didn’t work for money; she worked because she believed in it and wanted to achieve something. Her career coincided with the boom in design thinking, and she gravitated towards Pearl Academy, an entrepreneurial journey that would offer the chance to initiate and anchor new processes and set new precedents.

Nandita took on Pearl Academy in 2001 after a tearful goodbye to Arvind Mills. The retail and designer industry in India was starting to boom, and her initial role was to teach Marketing, Product Development and International Markets to young Pearlites. She became a course leader, and moved on to Head of Department of Business, Head - Marketing & Corporate Relations, Sales, Operations, Campus Director, and Executive VP. She currently serves as the CEO of Pearl Academy.

While she has spearheaded several projects at Pearl to be able to clock this growth, some of the most prominent ones are her efforts towards forging alliances with international institutions, scaling Pearl to different geographies in India and lastly, the “Fashion Laboratory” the institute runs in Delhi’s Tihar Jail.

The chance to go international came up first in 2004, when Nandita’s director called on her to join the British Council for a business tour to foster partnerships with other institutes there. The other two Indian institutes the council had approached declined the offer as it was short notice, but Nandita seized the opportunity. She left the very next day and returned with a partnership that funded the travel of 8 faculty and 8 students to the UK to collaborate on a project. This was the first of five such associations that came about because Nandita was willing to take that leap of faith.

“Today we have more than 40 prestigious global partnerships and have a great track record of working on collaborative national and international projects,” she says.

One of the most thrilling experiences during her tenure was setting up Pearl’s Mumbai campus, which saw students from Pune, Ahmedabad, Indore, Nashik, Bhopal in its very first year.

Another initiative she is optimistic about is the “Fashion Laboratory” at Tihar Jail in Delhi. Furnished with pattern making tools and sewing kits, the Lab provides specialised sewing machines, overlock machines, ironing machines and dress forms pattern tables.

“Certification programmes are being held to build self-confidence within inmates. It’s a unique initiative that will help women learn self-sustaining skills and equip them with the means to earn a livelihood in their ‘life-after-prison’,” she says.

The current time is an exciting one at Pearl Academy; they recently inaugurated their new campus in West Delhi’s Rajouri Garden.

“This 100,000 sq. ft. state-of-the-art campus is internationally benchmarked and has multidisciplinary learning spaces for students of fashion, communication, product and interiors under one roof, with digitally enhanced classrooms and collaborative spaces,” she explains.

Pearl Academy soon plans to launch a new School of Media and Journalism.

Noting that gender biases permeate every arena of public life, Nandita says that her way to navigate a world warped against her was to never view herself as less capable, no matter what society told her. This manifested in simple acts of daily daring, like the one time she hopped into a truck to get to Jodhpur for a meeting during a public transport strike.

She believes in playing to the inherent strengths that women today possess, due to conditioning or otherwise.

“To be a corporate leader, one has to be strong, decisive, have ownership and empathy. If you consider any woman, she uses each of these strengths to the fullest in her day to day life – for her family, her home, her friends and anything she feels passionately about. Who better than a woman to be a corporate leader?” she asks.