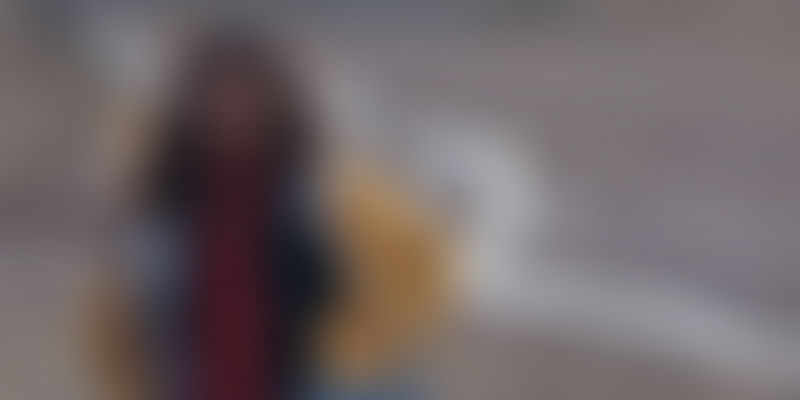 Ritu Goyal Harish translated her passion for travel into a profession by starting Ease India Travel, a bootstrapped company based in Pune.

“I offer the kind of experiences I seek myself,” says Ritu Goyal Harish, Founder of Ease India Travel, a startup that specialises in curated holidays to Bhutan, paragliding trips in Himachal Pradesh’s Kangra Valley, birding and hiking trips in Coorg, Karnataka, and temple tours across nine famous religious landmarks in Kerala.

Being a confirmed ‘wanderer’ who revelled in going solo and discovering what a destination has to offer helped Ritu take tailor-made holidays to a different level.

The holidays Ease India Travel offers are minutely customised for each traveller, even if they are part of a group. “From the kind of room a person wants to have a bike available outside the airport to special requests for a favourite beverage to throwing surprises like an anniversary dinner at a five-star property or a blessing by a Lama for newly-weds, we take care of varied requests. For this reason, I can’t offer straight-off-the-shelf packages online,” she says.

Ritu grew up in Kochi, Kerala and moved to New Delhi in the early ’90s to complete her graduation from Delhi University. Journalism happened quite by chance. “I was living in Visakhapatnam with my husband and was an Indian Express reader. I started writing letters to the editor on various civic issues. One day I got a call to meet the editor who offered me a job. I worked there as a sub-editor for less than a year but gave it up to join a post-graduate course in journalism,” she recollects.

After moving to Pune in 2006, Ritu began writing for national media publications and worked as an investigative journalist, uncovering real-estate scams, writing on women’s issues, and other human-interest features for newspapers like DNA, several magazines, and news portals.

From 2004 to 2006, she served as a judge on the bench for Electricity Grievances in Delhi. She was a guest lecturer at the Indira School of Communication between 2008 and 2010, and since then has been at Symbiosis International University, where she takes guest lectures on news reporting, feature writing, and media ethics.

The ‘business’ of travel

The idea of being a ‘travelpreneur’ and opening her own travel company took off from a solo trip to Bhutan in 2012. “My husband Harish was posted abroad on an assignment, and I needed a break from bringing up the kids single-handedly. I went on an unplanned tour of Bhutan and ended up falling in love with the country. Such was my attraction that I went more than a dozen times in five years. Each time, I discovered surprising new places, made new connections, and came back with a sense of wanting more,” says Ritu.

Soon, she began travelling across India, notably the Kangra Valley, parts of Kerala, and Coorg and wrote about her journeys on her travel blog. “My friends and acquaintances started asking me to create itineraries, suggestions for places to stay and things to do. I informally organised trips for them and went along, using my local contacts to arrange little details that I knew would charm them — picnics by the river, a special piece of music, etc.,” she adds.

By 2016, travelling took up a greater part of her life than journalism. She was making almost eight trips a year besides two fixed tours to Bhutan. “I then decided to take the plunge: to make my passion my profession. I registered Ease India Travel as a company in Pune in January 2017, and soon discovered that I had a knack for entrepreneurship, a legacy of my business family,” she informs.

Ease India Travel has two tours to Bhutan in a year spanning 10 days each, called Blissful Bhutan (one in spring and the other in autumn/winter).

In November, movie lovers can take advantage of a trip to Himachal Pradesh, participating in the International Film Festival, and paragliding at Bir Billing coupled with an overnight trek to Bada Gaon.

The ‘Do Nothing’ holiday to Wayanad (with a complete tribal experience), birding in Coorg, and the Travel Temple Tour are other popular travel experiences.

Ritu also plans to initiate a cross-country drive for women to dispel the myth that women don’t make good drivers.

She warns: “Don’t expect the usual route or routine! We are lovers of exploration by foot, of scaling peaks with the vigour that the mighty mountains demand, of discovering a monastery or temple hidden behind a range, of paragliding thousands of feet up in the sky, or soaking up the mysteries of the valleys and the healing touch of the mountain winds.”

Open and free of inhibitions

Ritu recounts an incident that affirmed her belief that one should travel with an open mind and enjoy what each experience has to offer. “On one of my Bhutan trips, I was wearing the traditional dress called ‘Kira’. We wore it to attend the famous Paro Festival and unlike my guests, I decided to stay in it even after the festival. We were inside a monastery listening to the guide when I went ahead to do three prostrations like the Bhutanese. By the second prostration, I felt a part of the Kira coming loose, so I picked the loose end and tucked it into the belt. But it clearly wasn't enough. As I stepped out of the temple, to my horror, one layer of the Kira had come undone. A guest started helping me re-wrap it. I was laughing at my stupidity when I saw another hand grab the loose end and deftly wrap the layers. I turned around and saw that it was a monk! Now I was truly embarrassed! But he wasn't. He spoke to me calmly, made small talk as he wrapped the Kira to perfection. On the way back to our vehicle, the guide told us that he was the head monk of the oldest monastery in Bhutan.”

Funding and the team

Currently, Ease India Travel is bootstrapped and Ritu admits that she is a cautious entrepreneur. “I do take risks but they don't have the potential to jeopardise my company. At the moment, I have a team of six professionals — a marketing and PR person, two web designers, one graphic designer, a field marketing guy, and my assistant who also doubles up as the accountant. I am in the process of hiring at least two social media marketing professionals soon.”

The company recently added a fleet of seven Royal Enfield 500cc Classic motorcycles in Bhutan to offer guests the opportunity to ride inside the country. The bikes are available for daily rentals and part of holiday packages.

On the anvil are also packages to Sikkim and Darjeeling and a couple of international destinations.

“I am not in a tearing hurry to expand. I'd rather do things slowly and do them well than rush into them and goof up,” she says.