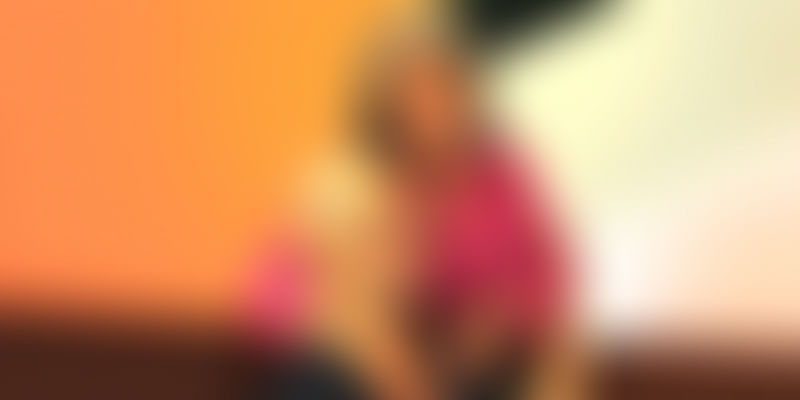 Chennai-based management consultant KS Narendran’s wife Chandrika who was on the ill-fated flight has penned his ordeal, his tryst with grief, his learning and more in a recently published book 'Life After MH370: Journeying Through a Void'.

Chennai-based management consultant KS Narendran’s wife Chandrika was among the people on board the flight whose fate remains largely a mystery till date barring a few evidence loosely suggesting it ended in the sea. Fifty-year-old Naren penned his ordeal, his tryst with grief, his learning and more in a recently published book Life After MH 370: Journeying Through a Void.

The book, a personal account, is an invitation for the reader to walk along with Naren as he recounts his journey since March 8, 2014, the day MH370 was heard of for the last time. “Two years since, by 2016, there were already books in the market written by aviation professionals and journalists, mostly based on speculation and theories.

These books dealt with fragments of information, hints that bungling may have resulted in losing track of the plane and its passengers, tales of unhelpful authorities, a bewildering array of international and diplomatic conventions and protocols, technical details that challenge the experts, and numerous conspiracy theories ranging from the imaginative and suspenseful to the macabre.

"However, there was no account of what an affected family had to endure over time – what it meant to deal with the turmoil and the trauma of loss and grief," shares Naren about the ideation of the book.

Over the months since MH370 went missing, governments announced decisions for the suffering families. In this scenario, it became important for the public to see how the very families in whose name pronouncements were being made, were not engaged with – consulted or briefed. Furthermore, the governmental decisions, actions and inaction were, in fact, a source of agony to the 239 families. “It was easy to become a fused entity such as the ‘MH370 families’ or the ‘families of the people on board," says Naren who had been publishing short pieces of writing that were primarily responses to events on MH370, as they emerged.

Speaking about the book, Naren shares, "Family members of passengers had on different occasions shared, that what I wrote mirrored their experience in coping with the loss and confronting realities. I was confident that my book would resonate with their struggle. I think the book gave me the ease of speaking of my encounter with the loss and my difficulties in sometimes even fathoming what was going on within me and around me.”

He elaborates, “It seemed easier to articulate to a faceless reader what I found difficult to do in spoken words with people who I knew intimately. The writing experience offered me precious insights – my naiveté in the initial days, my own process of dealing with loss, the processes of engaging the public and the Press, and many others."

What is compelling about the book is a chapter where Naren writes about his conversations with Chandrika after March 8, 2014, and how he finds comfort in talking with her. He uses these conversations to reason with his grief. For others who are going through a similar predicament, he says, “There are people – dead or alive – residing in our heads. We encounter them in daily life, some in flesh and blood or in our thoughts, others, dead and gone in our ruminations. It is everyone’s reality that often, many scores are settled, endearments voiced, excuses made, bargains mooted, in conversations with others, all in the head. I believe that if we can actively watch these conversations, we might become aware of our own beliefs.”

One of his biggest learnings during this period was that airline safety cannot be assumed no matter how reassuring the crew appear and how advanced technology is!

He offers, “At the end of the day our safety in the skies lies in our vigilance and collective endeavour to raise questions and hold authorities accountable. We need a framework/mechanism and an organisation in India for public participation, and in due course, strong networking across countries with similar organisations."

Airlines, their representative bodies, governments, regulatory bodies, and the International Civil Aviation Organisation will only respond to the full force of a collective voice. Signing off, he reveals, "There is much that we need to learn about reaching out and lending emotional support to the aggrieved, those hurting, and the traumatised – at individual and institutional levels.

"The book offered me many gifts in its own ways. It showed me that I had not fallen to pieces and that, in spite of this unexpected turn in my circumstances, I remained reasonably well put together, functional, and in touch with my core."