Startup complacency: the flip side of startup success that nobody talks about 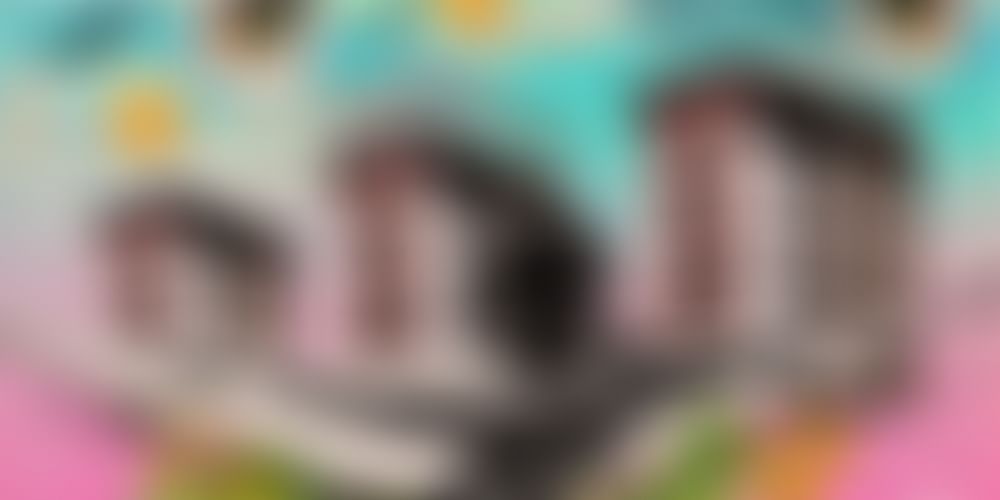 So your startup is up and running successfully. Now it’s time to sit back and relax right? Wrong.

I started Wingify in 2010, and two years later I went on a Euro trip where my business partner Sparsh and I took train rides across the continent. I recall proudly not checking my emails during that trip.

That’s because I was happy. I was happy because Wingify had succeeded beyond my expectations — it was my 4th attempt at a startup after several failures. My aim with Wingify was to make $1000 and prove to myself that I was a real entrepreneur, and not merely someone who thinks he is one by creating fancy projects that nobody pays for.

I launched Wingify’s first product Visual Website Optimizer in 2010. And boy, did I get lucky. My benchmark for calling myself successful was hitting the $1000 milestone. I hit that milestone in first week of the launch. The first month revenue was $4000, in the second month it shot to $9000. And the third month touched $15000. By the 18th month, Wingify made a total of $1m in revenue.

And then I took the Euro trip.

What exactly happened during the Euro trip? Not much on the business side — Wingify’s growth was on autopilot so I had all the time in the world to try Belgian beer, get lost in Shakespeare and Company, hike in Interlaken and take Gondola rides. Beyond Europe, I found time to travel to many other places — Turkey, Tanzania, and a country that Indian immigration officials refused to believe was a real country (hint: it’s one of the newest countries that got independent in 2006). After working hard to kickstart Wingify, I think deserved all the fun I had. But that’s not the point of the post.

The point of the post is that when I was starting out, my expectations of success were so low that when Wingify started making money, I became complacent and didn’t realize that I was leaving a massive opportunity on the table.

But there was no way I could have known that.

In short, the growth I was seeing (with little effort) made me happy and there was literally no one who pushed me to grow even faster.

“Paras, the A/B testing industry is exploding right now and while your 75% year on year growth is impressive, the demand is growing much faster than that. You get one life and money is a proxy for value you create for others. So get out of your comfort zone, pack your jetpack, and be ready to create a category leader. Kill it with all you got!” ~Paras-of-2017 (telling Paras-of-2010)

Recently, I came to know that one of our competitors Optimizely, who started during the same time as VWO, has grown to $90m annual recurring revenue while VWO’s annual run rate today is around $15m ARR. That’s a big gap.

Sure, they’ve raised $150m in funding while we’ve bootstrapped all along, and are still bootstrapping. I’m pretty sure all the extra money meant more trade shows, bigger booths, more sales people, expensive experienced leaders who’ve done it before, hosting conferences, etc. Funding gave them a better sales and marketing presence (but it did not necessarily gave them a better product).

Along with pros, there are many cons of raising funds funding (e.g. firing employees, culture dilution, loss of founder control) but I won’t go into the bootstrapping v/s raising funding debate right now. What’s clear to me is that, had I known that there’s a world where companies could grow faster than 75% year on year growth, I’m sure as a 25-year-old first time entrepreneur, I would have done a few things differently (although most likely raising funding wouldn’t have been one of them).

What would I have done differently? I would have spent more effort and money in building a brand, brought in focus through strategy process, approached the product from switching costs perspective, set ambitious goals for the company… but I’m jumping ahead of myself.

When does startup complacency strike?

It could strike typically after initial success in any endeavour. That feeling of winning can easily become this-is-my-limit-and-I’m-happy-with-that.

Yes, but growth is even more exciting. In reality, you don’t have to choose — you can be both happy in life and manically focused on growing.

What is wrong with feeling like a winner after initial success?

But, again, what’s wrong with pausing a little bit and celebrating initial success?

Because. It. Will. Slow. You. Down. Once you stumble on a business opportunity, it becomes known to many others. While you are taking a breather, other people are preparing to go past you and make most of that opportunity. The world of capitalism is ruthless and any discovered business opportunity doesn’t remain unexploited for long. I know this because I saw all of this happening in last seven years of running Wingify.

What if I do not want to grow my company beyond a certain scale?

I used to think the same (I was a Nihilist and would constantly ask myself: why grow at all; I was also inspired by DHH and Signal vs Noise’s idea of staying small). But I quickly understood that, like life, business resists stasis. Either you are growing or shrinking — there’s no staying same. If you are not motivated to grow your business, no problem:your competitors are motivated to crush you and take all your customers (till the last one). Chasing growth is not optional in business. (Basecamp/37Signals is an exception because in spite of preaching to stay small, they’re growing; my suspicion is that talking about not growing helps them grow as they appeal to small businesses with very less intent to grow beyond their current setup).

How do I know if I’m not making most of my initial startup success?

Look inside: is your customer base growing every month? Look around: are your competitors growing every month? If both answers are yes, your industry is on fire and you can grow much faster and much bigger than your current growth rate. If you have 100 customers, you can have 100 more. If your competitors add 500 new customers, many of those could have been yours. Know that as long as demand exists in the market and you are not capturing most of that demand, you are being complacent.

Anything else I should know about startup complacency?

Anything that I need to be careful about when I embark on growth journey?

Yes. One of the first things to take a hit with growth is the company’s culture. With rapid revenue growth, you add lots of new employees in a short period of time. These new employees can easily overwhelm your existing company culture. Hiring outside leaders also comes with the risk of them introducing new ways of working (which can go both ways). What comes out with rapid growth of employees and managers is usually confusion across the company: what’s encouraged and what’s discouraged. Human systems need to increase gradually for a proper mix to happen. (More examples of toxic side effects of growth is what happened to Uber’s culture).