'Actors start up every Friday; storytelling is a hard business,' says Rana Daggubati 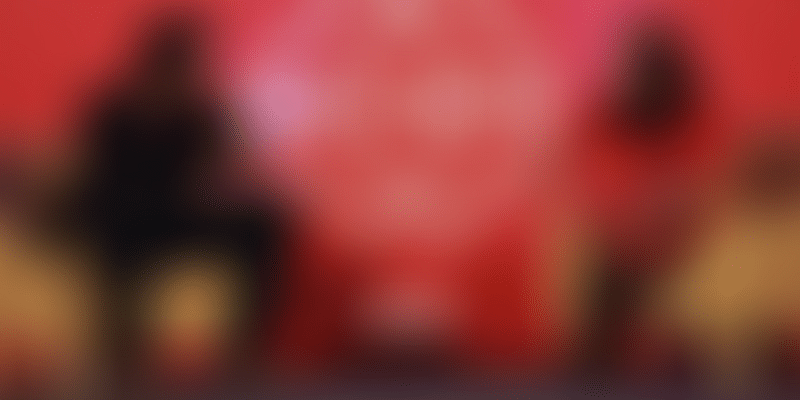 “We live in startups, we are starting up all our lives,” the Baahubali star quipped on actors' attitude towards their jobs, as he took the stage at TechSparks 2017.

From coffee invites to gifts, Rana Daggubati, the towering actor, received it all during his fireside chat with Shradha Sharma, Founder and CEO, YourStory, at the end of the first day of TechSparks on September 22. As an actor, entrepreneur, augmented reality (AR) and virtual reality (VR) enthusiast and producer, Rana Daggubati is all set to begin work on his next film, while juggling work on his latest venture Kwan.

“The most information all of you get about me and my life is through gossip columns and tabloids,” Rana said, cheekily adding, “Don’t believe whatever you read about me in tabloids.” Going beyond tabloid gossip, there is one thing the 32-year-old-actor is clear about – storytelling, so much so that he defines his job as 'storytelling'.

He went on to explain that people in the movie business who think gossip and tabloids are an important part are those people who do not last. “But those of us who are here for the right reasons stay on. We are here to tell stories,” he added.

Can the story be told better?

Hailing from a famous family in the Telugu film industry, Rana began his career around 12 years ago, with his visual effects company Spirit Media P. Limited. It has produced special effects for over 80 films, including Rajnikanth-starrer Sivaji and Kamal Haasan’s Dasavatharam. Subsequently, he went on to set up AppStar and his latest venture Kwan.

Explaining the evolution of the movie business, Rana explained how when kings ruled, artistes got paid a lot of money because the kings wanted culture to flourish. Now, though, they work to survive.

Cinema is a medium where artistes get together and use the backing of technology to tell better stories. “Everyone is a storyteller, everyone has a story to tell,” Rana added.

“Telling stories is my job. I tell stories on film, web, television, animation, VR and AR. At the end of the day the focus is on telling a story.”

Rana likened his role as an actor to a startup founder, saying actors never stop starting up and the proof is the weekly Friday box office response.

“For Baahubali, we used VR, which was really cool and the greatest experience of my life. But this technology is expensive. So how do we bring this experience to everyday life? That’s when we thought of combining hologram technology and 3D to use AR. The idea is if I really can’t be somewhere, why can’t I come to life through AR? Everyone owns a smartphone these days, so why not use that to experience it,” asked Rana.

The actor fielded questions with ease, talking about technology, the success of Baahubali films, and how he keeps so fit – “that is like office work for me – it’s my job!”

In an industry where the variables are so high, how does one manage to grow? But then, as Rana pointed out, it is an industry that they all chose to be a part of. Across the globe, the film business sees a five-percent success ratio. One might be the finest filmmaker and actor, and still, the film's fate lies with one person in the audience.

“But at the end of the day, what stands out is the kind of story you tell and in what medium. One might tell a great story on film and a bad story through AR; ultimately the good story wins,” Rana said.

'Hold on to the vision and everything is possible'

When Rana started out in 2005, it was all about visual effects. He then worked for FX Labs on gaming. Now the focus is on AR and VR. But today, as an entrepreneur, has Rana had to knock the door of an investor? He said,

“VCs don’t come to us because it is something that people don’t see high returns at a level on paper, because it is things that need to be discovered. Storytelling isn’t a formatted business – it is very hard for VCs to understand. And I haven’t been able to translate that to a VC.”

Filmmaking, he explained, is a collective art form; it isn’t about one person. Each person in Baahubali had a specific role. Today it is fancy to speak about the film because it has done well.

“But before the end of part one, we were up to about Rs 195 crore in debt and none of us got paid and we had five years of our life on the hook and none of us had jobs. We didn’t know how we would pick ourselves up if that film didn't work. But we didn’t bother; we knew we were doing something that nobody has ever done. Holding on to the vision is what made the film possible. It is easy to stick to basics, it is always easy. As storytellers, when we pick up a script or a story to tell, the first thing we look at is if the story should be important to tell people and if it is a story worth coming out in cinema.”

The idea is not to listen to naysayers. What others think of you is their problem and not yours, he added referring to critics.