After bootstrapping for two years, Sharmeen Indorewala’s The Parfait Co. is now set to conquer a larger market 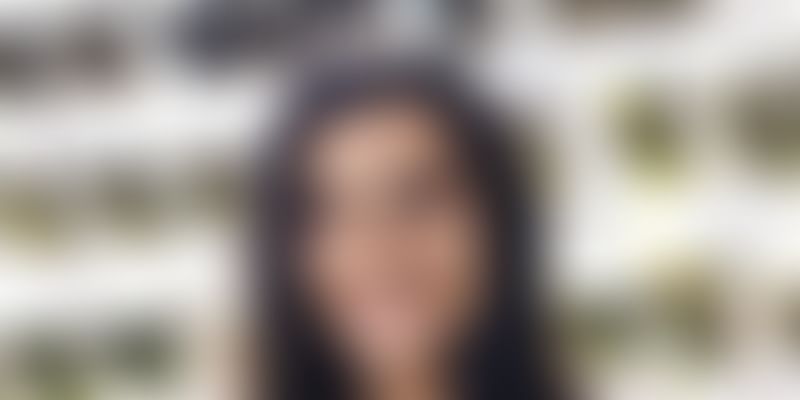 Mumbai-based The Parfait Co., known for its 12 different flavours of the French dessert parfait, now aims to move from South Mumbai and expand across the city.

Anyone who has tasted parfait would easily relate to Donkey’s dialogue in the animated movie Shrek: “Parfait may be the most delicious thing on the whole damn planet.” Sharmeen Indorewala felt the same way — the exotic French dessert held a special appeal for her.

This fascination for parfait led her into getting an international chef’s degree, and Sharmeen started her own food company — The Parfait Co. Launched in October 2014, her startup makes packaged parfaits in Mumbai. After bootstrapping for two years and trying a delivery model, the company raised a seed funding round led but Mumbai Angels in August this year.

“We have established our brand in a certain part of Mumbai. But the key drivers of a packaged food business are availability and awareness. Every time someone from the suburbs of Mumbai called, our consistent response was – sorry we don’t supply in that area. It was with the idea of growing and scaling up that made us raise this current round of funding,” explains Sharmeen.

The zero to one journey of The Parfait Co. was all about organic growth. Sharmeen, who had a BCom degree and specialisation in Marketing and Finance, decided to go for a high-intensity chef’s training at IHM Mumbai.

After this, around seven years ago, she started making cupcakes and cookies. “I had thought of international desserts and pastries before food hit Instagram,” jokes Sharmeen.

Making and selling cupcakes to Mumbaikars gave her the much-needed understanding of the market. Moreover, she got to know what the customers were looking for.

Sharmeen says she realised that Mumbai had a dearth of international desserts that could be offered to willing consumers. She even enrolled herself for The Patisserie Programme in France. After coming back, she began working with a restaurant, Nico Bombay. It was the experience at Nico that taught Sharmeen how to set up a kitchen.

“The owners of Nico Bombay gave us a lot of freedom. They told us that since we would be the ones actually working and manning the kitchen, we needed to set it up in the way we felt right,” says Sharmeen.

It was at Nico that parfait was first introduced in the menu. The team was looking for a substitute for ice-creams; when Sharmeen happened to make the parfait, it was an instant hit and got added to the menu.

After working at Nico for a year, Sharmeen decided to start up on her own — she would oscillate between the thoughts of starting a pastry shop to making packaged ice-cream.

However, in those days, Sharmeen would invariably end up making parfait and keep it in the freezer. “Friends would walk into my home, look for parfait, and it would always be there in the freezer. Later, my husband and friends suggested the idea of making packaged parfait. That was my light-bulb moment. Grabbing the idea, I began testing parfait to see if it could be packaged,” says Sharmeen.

The team had to work on several elements like temperature control, condensing and ensuring the sticker of the pack sticks. And it took them a few months to get it right. Since Sharmeen had helped set up the kitchen at Nico, the rest was easy for her.

“I already knew about the different vendors available for kitchen supplies and freezers. I knew the costs required to build the first central kitchen. If you’re from the industry, finding the supplies and vendors is not really hard,” explains Sharmeen. She adds that being culinary trained, and having trained others in a restaurant, she had an idea of the time it would take.

For the first three months before the launch of The Parfait Co., the team focussed on getting the recipes right and working on training the team in making the perfect parfait.

It all started with a delivery model. But little did the team know that running logistics wouldn’t be simple, and knowledge of the food industry won’t be enough. Sharmeen says that the troubles were many and the delivery boys would sometimes just quit without any notice.

“I would end up doing a lot of deliveries myself. A great product alone isn’t enough, you need to give a good experience overall,” explains Sharmeen. After 18 months into the business, the team claims to have reached the break-even point. It was then that they decided to seek external funding to expand and grow.

The packaged foods market is believed to touch $50 billion by the end of this financial year. A survey by ASSOCHAM adds that about 70 percent of households today prefer to have instant and packaged foods. Fingerlix, a ready-to-cook fresh food startup, raised funding from Accel Partners. iD Fresh Food raised $25 million of funding from Premji Invest, Azim Premji’s investment arm, earlier this year.

Apart from that, bigger ice cream brands like Baskin-Robbins are also getting into the packaged tub segments.

“With this fund raise, we want to hire a robust sales team and promoters who can build awareness of the product across different parts of the city,” says Sharmeen.