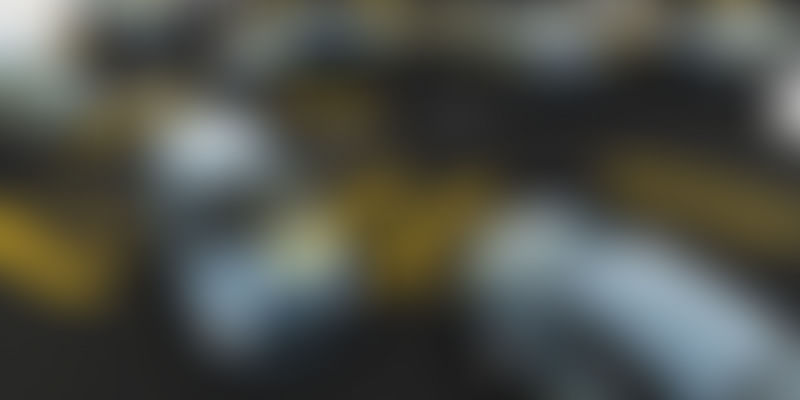 A few weeks ago, a story in the Hindustan Times really hit me. It was an interview, you had stated that driverless vehicles will not be allowed in India due to the risk they pose to jobs. I am of two minds – one where I agree that jobs should not be lost, but, more importantly, a second long-term view where I believe you would like to rethink this sentiment. Not allowing for a driverless future will, in my opinion, seriously limit our country’s progress.

Please allow me to pose a short argument for this second long-term view — both professionally as a designer working with this technology, and personally, as a concerned citizen with a family and fellow citizens living amidst the chaos that is our roads.

Over the last few years, I have lost some family and have seen my friends get hurt on our roads. Terrible driving behaviour, road infrastructure, and maintenance were to blame on each occasion. In the same few years, I have had the privilege of living and working around the world, which has helped me see just how far behind we are as a country in terms of road safety.

In 2015, Delhi alone had 1,582 fatalities in road accidents compared to 1,730 in the entire United Kingdom. Looking at similarly populated cities – Bengaluru had 714 fatalities which was seven times more than in London (136). A terrible contrast. Not to mention the untold suffering faced by the families involved. You yourself have a target to reduce accidents in India by 50 percent by 2020. But going by the current trends, it is a tall order.

Even though the accident statistics are relatively lower in countries like the UK or Germany, those countries are looking to reduce them even further by reducing human error which is estimated to cause more than 90 percent of road accidents. This is one of the prime arguments for the research into driverless vehicles in the industry among countries around the world.

Driverless vehicles could improve safety by reducing or completely removing human errors that result in accidents. This also comes with peace of mind due to the intelligent systems that assist people behind the wheel, to help them make sense of the chaos, and become better drivers. Jobs are an important factor but shouldn’t the safety of people and improving the quality of their lives be the primary motivation for our nation? How many potential jobs are equal to the loss of a loved one?

Driverless research is not just about the vehicle alone, it is also about the software and the communication technologies that power the intelligence driving these autonomous vehicles.

We as a nation speak in glowing terms of our software engineering capabilities, but we will be left behind if a carte blanche ban on driverless vehicles reduces investment into the technology. It is tantamount to shooting ourselves in the foot.

We have our very own designers at Tata Elxsi running autonomous vehicle tests in their facilities, saying, “If it can work in India, it can work anywhere in the world,” despite initial failures due to the great number of constraints the algorithm behind the vehicle has to deal with. They see that constraints can be beautiful and India can prove a valuable testing ground for the rest of the world, while at the same time keeping up with, and even having the ambition to lead the rest of the world.

Investing in this technology is also about complementing the vehicle, by building better and smarter infrastructure for autonomous vehicles to operate in, further reducing accidents, and improving the quality of travel for people. There is also air pollution and a growing reliance on petroleum, a major bane in our country, which can be reduced by encouraging electric vehicles and their supporting infrastructure. Vehicular development will drive infrastructure development and vice versa.

This is not to say that nothing is being done at the moment – we are already seeing a growing impetus towards better roads and highways, as presented in your list of achievements. This is much needed for our nation, but isn’t it also a time to ride this wave and prepare this new infrastructure for safer, cleaner, and greener vehicles? It is not just about the needs of the present, but also about the arc of the technology and our growing population’s many needs and desires.

Coming back to jobs and the reason for your entire argument – the development required for driverless cars has the added advantage of creating far more jobs than what exist at present. Infrastructure development, vehicle manufacturing, software development, supply chain management, vehicle trainers, insurance, maintenance, and support, to name but a few – all might see a quantum leap in demand both within commercial and non-commercial sectors.

This passenger economy has the potential to reach $7 trillion by 2050, according to studies. This is still a speculation, but we have seen this before with the IT revolution over the last 25 years, where technological and economic growth has shifted the labour market giving rise to new and better opportunities – without necessarily leading to a loss in jobs.

As a country, India picked up the scent of the information technology revolution at the right moment. It was aided by the will to create a successful growth ecosystem – the will of prominent policy-makers, planners, and technologists – and in turn, was embraced by people.

I believe we are on the cusp of another revolution – of mobility and its related services.

This is already being embraced by the masses in the cities that use homegrown car-sharing services and rely more on public transportation services like the efficient metro networks. Our people have proven time and again that there is an innate desire for change and to experience development in all its forms. We want to see safer, healthier, greener streets that are fit for moving around in and that will improve the quality of our lives.

In my humble opinion, driverless technologies and their development are an important part of this mobility revolution which should not be shunned through short-sightedness but must be embraced. If not for ourselves, then for the sake of our children and their children in turn, who will taste the fruits of our labour and vision.