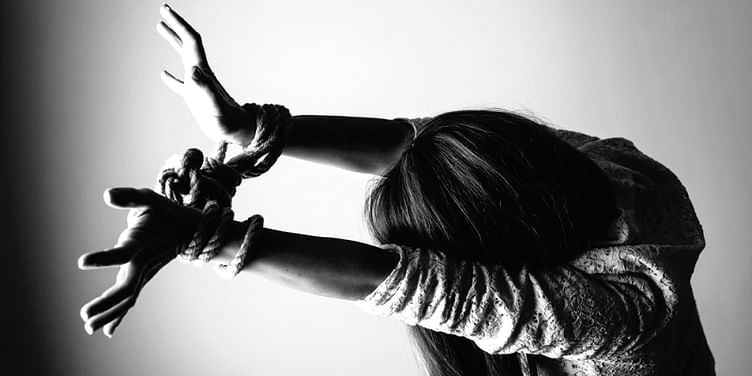 India’s Northeast shares international borders with countries like China, Bangladesh, Burma, Nepal and Bhutan; it invariably becomes an easy passage for organised human trafficking. From the rat-hole miners of Jaintia Hills to the flesh trade in Silchar, Hasina Kharbhih shares the details of human trafficking in the Northeast.

In the last three decades of dealing with human trafficking, I have realised that the problem of scores of youth and children getting trafficked across the border is society’s negligence to acknowledge what’s happening. Once we accept that there is rampant human trafficking from and to the Northeast of India, we’ll be able to decipher the cause that leads to it. The northeastern part of India has an acute shortage of employment opportunities for its rural populace. Due to this, many village children and youths are forced to seek employment that later proves hazardous to them.

When Impulse NGO Network (INGON) first began working in the villages of Meghalaya, we discovered that a massive percentage of the rural children had gone missing. Deeper research revealed that due to lack of income sources, the villagers would send their children to do odd jobs like serving tea at tea stalls or run similar errands at token shops. Traffickers were taking this opportunity to lure these with promises of well-paid jobs and cross them over to other states, districts or countries with considerable ease.

Since India’s Northeast shares international borders (which are open and unmanned) with countries like China, Bangladesh, Burma, Nepal and Bhutan, it invariably becomes a Source, Transit and a Destination Point. These points provide an easy passage in and out of India for organised human trafficking syndicates to operate undetected.

Our research found out that there is an acute demand for young children for coal mining in Meghalaya’s Jaintia Hills that engages slave child labour from Nepal and Bangladesh for low wages. Approximately 70,000 children, from Bangladesh, Nepal and Meghalaya’s villages are engaged in this dangerous enterprise without any threat of punishment or discovery. The reason why little children are employed in this business is technical. The mining here requires manual recovery of coal from the deepest recesses of the earth via tunnel-like passages. These are so narrow that it is traversable only by little children. Since the process resembles the scurrying of rats, it is called rat-hole mining.

I’ve discovered children as young as five, working in these mines. Desperate families are promised handsome salaries in exchange for their children’s work, but they often have no idea that their children will end up living in such dangerous conditions. Many families are still looking for their children. They haven’t heard from them for the last two or three years. Children have been dying in these rat holes and the dead bodies are not being taken back because it’s not possible to get them out. They are not even being reported because, in the context of our state, they're illegal migrants.

When INGON learnt about this, we sent a press release to the Asian Human Rights Commission (AHRC) for global advocacy on children trafficked to the coal mines. With the help of Global Development Network (GDN), INGON also transformed this research for media advocacy, which gathered massive national and international media attention and influenced the powers-that-be, to address the issue. Consequently, INGON managed to rescue about 1,200 children from these mines. Later, though, we learnt that the rescued children were getting replaced with new recruits. So, INGON was compelled to file a Public Interest Litigation (PIL) in the National Green Tribunal, which finally effected a directive passed on April 17, 2014, banning rat-hole mining in the state of Meghalaya; an effort for which I received the CNN-IBN India Positive Award.

We've even found children migrating to the neighbouring state of Nagaland and working as domestic help in the homes of government officials. While the employers say that they're paying and treating them well, child labour is still a criminal offence. We can keep rescuing children, but unless the government makes a considerable effort to educate and empower them, the problem will continue to persist.

We have also noticed a huge demand for young girls from the Northeast for job opportunities within India and Southeast Asia. Lured by unauthorised recruiting agencies, these girls are either coerced into the commercial sex trade or domestic work.

While all other borders that North East India shares with its neighbours are equally feasible for this market, the trend of trafficking girls through Myanmar started nearly a year ago.

Last year, six girls from Mizoram, who were being taken to a neighbouring country, were rescued. The destination points are usually Singapore and Malaysia. Recently, eight Manipuri girls, who were being trafficked to Singapore by members of an international gang, were rescued in Myanmar. Due to their government’s adoption of the Impulse Model, our team in Myanmar coordinated the rescue of the girls from a room on the fifth floor of a Yangon hotel and took care of their stay, legal processes, counselling, and repatriation. We used a combined expertise to rescue the girls and then take care of them all the way via Kolkata till they reached Manipur by September 30, 2017.

While young women are trafficked for an offshore market, they do have a huge demand in the domestic flesh trade business too. A very audacious example is the organised red-light area in the heart of Silchar town, the headquarters of Cachar district, Assam. According to Immoral Trafficking Prevention Act (ITPA), 1956, a prostitution centre cannot exist in a public place, but Silchar is an exception. I was present with police during one of the raids at the Silchar brothel in 2016. I was surprised how the local people never raised their voice over the matter, due to which the brothel has not been evicted till date. Fresh girls are brought from different states and sold in the brothel on a frequent basis. These girls have to be given an alternate source of income before the plan of eviction is implemented.

Another worrying factor is the demand for brides in the states of Haryana, Uttar Pradesh and Rajasthan, which have a poor sex ratio. Our research has found that young girls are trafficked from Assam often to be forcibly married off to men in those states.

Ways to ward off

I have always believed in one thing. If there is a problem, there has to be a solution.

As one of the pioneers in addressing issues of human trafficking in the Northeast, having no precedent whatsoever, I realised that we had to have a method and it could not afford to have only one or a few players to fight for it. So, my team and I developed a model that includes all possible departments, directly or indirectly involved with the rescue of trafficked people. This became the Impulse Model.

The Impulse Model runs on the anvil of 6Ps – Partnership, Prevention, Protection, Policing, Press and Prosecution, and 6Rs – Reporting, Rescue, Rehabilitation, Repatriation, Re-integration and Re-compensation, influencing the various stakeholders of society into action. Its advantage is that all stakeholders can share their best practices and collaborate to implement across the border, engaging in a multilateral agreement across the South-East Asia. After being adopted by neighbouring countries like Myanmar, Bangladesh and Nepal and replicated by all Northeast Indian states, the Model is under review for national application across India.

The victimisation of young women and children will continue even after we rescue them if we don't have a backup plan. Impulse NGO Network works toward providing a global market to domestic weavers in the villages of the Northeast so that they can yield a steady income and profit by doing what they do best – weaving and craft-making. This is an entrepreneurship opportunity that somewhat arrests the possibility of precarious employment and gives a respite to the prevailing lack of jobs.

The views expressed by the author are her own and do not necessarily reflect that of YourStory.